I’ve seen it reported or noted several times that Snapchat allows live-streaming, that Snap was among the first platforms that pushed the live trend. But it isn’t, and it doesn’t. While Snapchat’s focus has long been on immediacy, and connecting people via content that disappears after a certain time, live-streaming has never been part of that, for the simple reason that Snapchat hasn’t seen huge demand for such an offering.

But that’s going to change soon, if only slightly, with Snap to enable a new kind of live content offering direct from major publishers. As part of a new deal with NBC, Snapchat will offer live broadcasts of segments from the 2018 Winter Olympics, which get underway later this week. 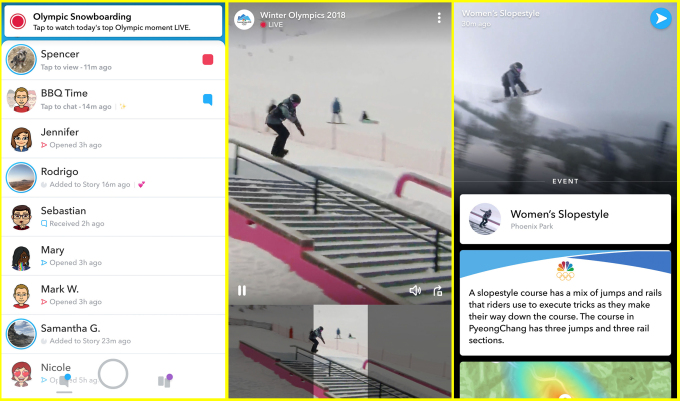 The live content will be highlighted in the Discover section, with a prominent ‘Live’ banner signifying such content. 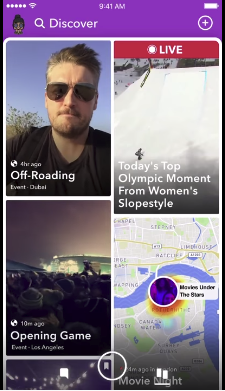 Users will be able to subscribe to live streams, and get updates on happening live content via push notifications, while they’ll also add similar alerts to the main app – as you can see in the first shot of the above sequence.

This is something of a shift in the focus of their re-design. Within the re-designed Snap experience, content from friends and publishers will be split, but these live notifications from publishers will show up within your friends feed also, which shows that Snap will allow some concessions to their new rules.

That may also be reflective of a possible softening of their approach on this, given the overly negative reviews for the redesign thus far – though it makes logical sense that if they’re going to have live content piped into the app, and people subscribe to it, that they should work to alert them to in-progress content to maximize viewership.

The deal may also open the door for Snap Inc. to forge stronger ties with TV networks and publishers, giving them a more immediate, impactful way to connect with Snap’s 187 million daily active users. The lure for broadcasters is obviously reach to younger, digital-savvy audiences, who are becoming increasingly attuned to watching TV online as opposed to via traditional viewing options. If broadcasters can boost interest via apps like Snapchat, that could provide new opportunities for both promotion and ad revenue – though Snap says they’re not looking to include ads in this initial test.

It’s interesting to see Snap’s progress on this front. While the app has come under increased pressure from Facebook, latest data shows that it has been able to maintain and grow its audience, despite similar options being made available via other apps. Snap’s resistance to jump onto the trending live-streaming bandwagon at its peak shows some restraint from the app, while also underlining that it knows its audience. That’s obviously what’s got Evan Speigel and Co. this far, and now, it seems that they’re also making savvier business decisions, which could help the app get back into favor, after a rocky start to their public listing.

It’s still relatively early days, and Facebook's still going to keep pushing them at every turn, but deals like this show that Snap is growing up, and may be on track to improving both their products and business offerings.