The Crackdown on Social Bots, and How that Will Change Influencer Marketing

While the value of social media and what it provides for society has been brought into question by the latest investigation into foreign meddling in elections, one of the other aspects of social that’s also been put under the spotlight is the legitimacy of what social metrics mean, and the problems with fake followers and purchased engagement.

As has been widely reported, Russian-based groups reportedly created a heap of fake Facebook and Twitter accounts (among others) designed to spread disinformation during the 2016 US Presidential Election campaign, and spark division among the American population. The most blatant example of this was the organizing of counter-argumentative rallies through false groups and Pages, which they set up at the same time, in the same place, essentially leading the groups into confrontation. 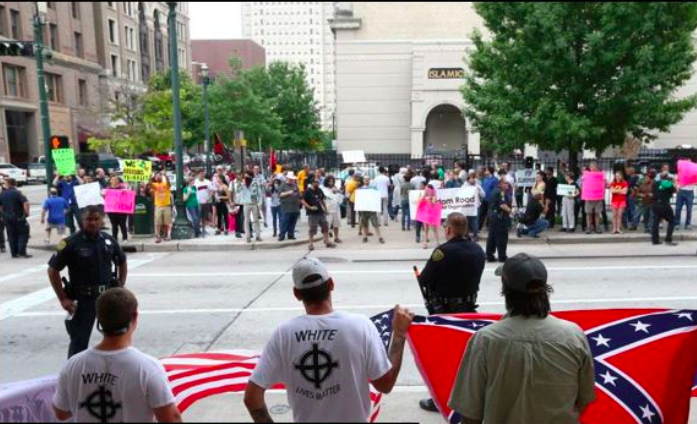 In large part, their tactics appear to have worked – the Russian operatives reportedly sought to get Donald Trump into power over Hilary Clinton, though the definitive evidence on that front remains to be seen as part of the ongoing investigation.

But what the issue has most definitely raised is doubt. Doubt as to what social metrics mean, what people are sharing and re-tweeting, doubt as to how many people who have large followings and audiences are for real, and are sharing such content for the stated purpose. In the case of Twitter, for example, the increased focus has lead to several investigations of huge bot networks – some numbering in the hundreds of thousands – and has sparked Twitter into action.

This can only be a good thing for social media marketers, as fewer fakes and bots on the platform means more communication with actual people – people who’ll potentially pay money to become your real customers, as opposed to just a number in your follower count.

And now, that renewed focus on authenticity is also flowing over to Instagram, and the raft of ‘influencers’ who are making money of the size of their audience.

As reported by The New York Times, a growing number of companies are turning to bot detection and authentication companies, like Dovetale, in order to confirm the Instagram audience of selected influencers, and ensure that they’re spending money with people who can deliver actual reach, as opposed to useless promotion to bots.

As explained by NYT:

“Marketers are flocking to businesses like Dovetale, prompted by revelations of people buying fake followers and fraudulent engagement on social media sites. Some of these fake accounts, in an attempt to seem legitimate, use personal information from real people without their knowledge. That’s provoked concern among brands and their agencies, which often rely on metrics like the number of followers an account has when hiring people on YouTube and Instagram to promote their products. These social media stars can often fetch thousands of dollars for one post promoting a product.”

Indeed, with more social networks turning to algorithms which are driven by engagement – and Facebook, most notably, putting increased emphasis on person-to-person engagement over person-to-Page – influencer outreach is becoming an increasingly popular option. You may not be able to reach your 10,000 Page followers on Facebook anymore, but through the right influencers, you can amplify your message to just the right audiences, and help promote your products simply by having them appear within the posts of popular users.

But the growth of such tactics has also opened up opportunities for questionable operators. As with all marketing trends, there are always going to be those who seek to cheat the system for their own gain. Which makes sense – if people can make a quick buck by capitalizing on a knowledge gap, they will (see: the sudden rise in cryptocurrency experts). But generally, such practices are also short-lived, as the broader industry wises up, normally prompted by a larger, over-arching push.

That push, in this case, is the 2016 Election investigation. Now that the manipulation of social platforms has been raised in the broader consciousness, more businesses are taking the time to vet the information they’re presented with, and to question the data presented to them by those pushing themselves as ‘influential’.

This new shift will lead to larger growth in influencer verification tools and data options – and while you can already use quick checks like Twitter Audit or SocialBlade (for Instagram) to get some idea and indication of those who are cheating (I personally also like to use Twitter Counter), given the amount of money being invested in the influencer space, there will be a need for more dedicated expertize and tools to help businesses make smarter decisions.

One of the most difficult aspects of influencer marketing is actually measuring influence, and judging what that means in the context of your campaign message. Someone with a million followers may be highly influential, or they might have just bought a heap of fakes. Conversely, someone with 100 followers might actually have a dedicated following, people who’ll not only listen, but take action based on their content.

The mindset shift away from audience size is part of a larger advertising trend, getting your head away from the idea that ‘bigger is better’, because we now have the capacity for more targeted, specific outreach. Sure, your campaign odds will be better if you can reach a million people, but you still need to know that those users are actually a) real and b) listening.

There are already various providers cropping up top provide such data, and it’s definitely an area to watch, as businesses devise more insightful, intelligent tools to measure actual influence, shifting the focus away from raw numbers.

In many ways, follower count is just a vanity metric – what was once seen as a key indicator is becoming less and less relevant as algorithms shift the focus away from broadcast reach.

That’s the key that smart social media marketers need to be pushing – that the true value of social is not necessarily in scale, but in focus. That’s why Snapchat will likely still be able to generate significant revenue, despite having only a fraction of Facebook’s audience count; that's why Twitter, despite its growth struggles, still remains a key opportunity. Because in social, size is not the only point that matters, and there are highly dedicated, focused groups discussing all sorts of products and services on all social platforms.

The trick is in finding the right discussions on the right platforms for your business. And then, in identifying the groups, conversations and individuals which are actually driving purchase decisions.

Harnessing the right data is key to this effort, and you can expect to see more providers emerging on this front in 2018.