The Key Elements of Social Media Goal-Setting, and How to Achieve Best Results 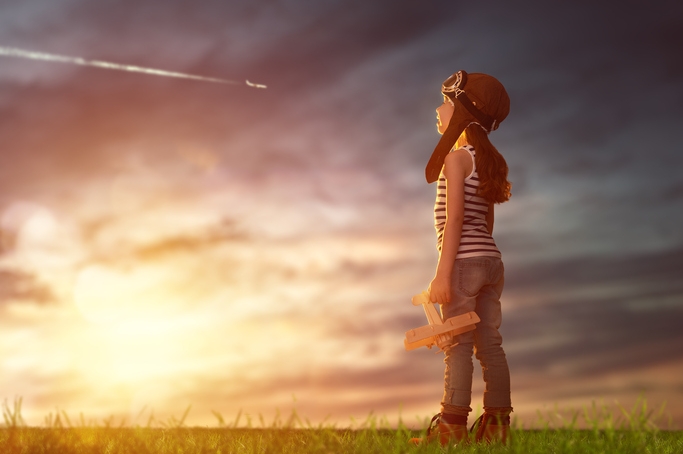 A recent article by John Rampton in Forbes explored how lack of goal setting is a common reason for the failure of social media efforts.

"Just because you're on Facebook, Twitter, LinkedIn, or Pinterest doesn't guarantee success. Even if you have a decent amount of fans, likes, or followers, it doesn't mean that your social media strategy is working. If you're not generating conversations or new subscribers - or making any money - then whatever you're doing has failed."

Rampton highlights several key qualities that a successful social media effort should include:

When you're putting together your goals, try to address these concerns, and again, always ensure that your goals match your core values.

A goal should only be a goal if it really matters.

There are many goal setting strategies, but most are based on similar ideas.

According to an article by Kevan Lee at Buffer, Locke discovered that rather than telling subjects to "do your best," telling them to "try to beat your best time" led to better results. Indeed, "specific and challenging goals led to higher performance 90% of the time," according to Lee.

Locke and Latham also championed gathering feedback - or in other words, measuring one's progress and results.

The two ideas that are novel to Locke and Latham are getting a team to commit to a goal by including them in the goal setting process and reducing complexity when possible. Just like a diet is easier to stick to when it's simple, goals are easier to attain when they're less complex. Overly complex goals can negatively impact morale, productivity, and motivation.

According to Lee, Google uses a goal setting process that breaks goals down into objectives and key results.

There are many other goal setting systems, but they tend to share similar attributes - some will emphasize sharing goal setting and the results of one's efforts with a whole team, both to keep a team focused and to provide accountability.

Carter Hostelley, CEO of Leadtail, has made a list of the categories of goals appropriate for social media campaigns:

Whichever goal setting strategy you use, they're essentially backed by the same science. Lee mentions a research finding that shows a 33% increase in the completion of goals among people who write their goals down, create an action plan, and share their goals with a friend.

"These people achieved 76% of their goals by having a specific goal-setting strategy," writes Lee.

The Danger of Goal Drift

Like 'mission drift', when an organization's objectives gradually change, goal drift is when goals change mid-steam in a manner that makes them harder to achieve.

This is most common when a project is long and complex - often the larger goals are kept the same, but the smaller goals are adjusted, to the detriment of the larger aim. We all know someone with an unfinished book in their closet. Most of us have had a gym membership that we've hardly used, despite our initial best intentions.

"A friend who wanted to start a web-based business originally aimed for launch six months after he began work with his website designers," says S. Bellows, a social media marketing professional. "But two years later, the business had not yet launched, despite the fact that my friend was working very long hours and putting his best effort toward the business. He's a smart guy and capable."

Bellows says that the problem was goal drift. As the entrepreneur worked, his goals changed, growing more complex and ambitious.

"Part of the problem was that he's a perfectionist and he wanted everything to be perfect before he launched. Also the job was big and he wasn't able to divide it into smaller, attainable sub-goals before he started."

We all know the aphorism, "perfect is the enemy of good." Perfection is also unattainable, so being realistic about what can be achieved, and having a good understanding of the needs of project before you start, will increase your chances of success.

There are other reasons for goal drift. Fear of failure. Saving face. Sometimes it can be helpful to be flexible enough to allow for your goals to change when your circumstances change. Certainly, if your metrics suggest that a changed goal would serve your organizations better, listen to your metrics.

But be wary of whether goal drift is hurting or helping you.

"I also think that because my friend was the sole proprietor in his business venture, he didn't have anyone to call him on his missed deadlines. He wasn't accountable to anyone but himself," says Bellows.

When you tell someone else your goals, or if you share common goals with a team, it will be easier to stick to them - even when the going gets tough.