Facebook has released its latest ‘Hot Topics’ report, covering the month of October. And while the data is behind time, the monthly Hot Topics reports provide some key insight, a quick bit of perspective into not only what’s being most discussed amongst Facebook’s audience (now more than 2 billion people), but also by who, with the listings divided into age and gender.

That breakdown can provide some great information for those working to ensure they have a solid understanding of their audience, and potential new areas of interest worth exploring. 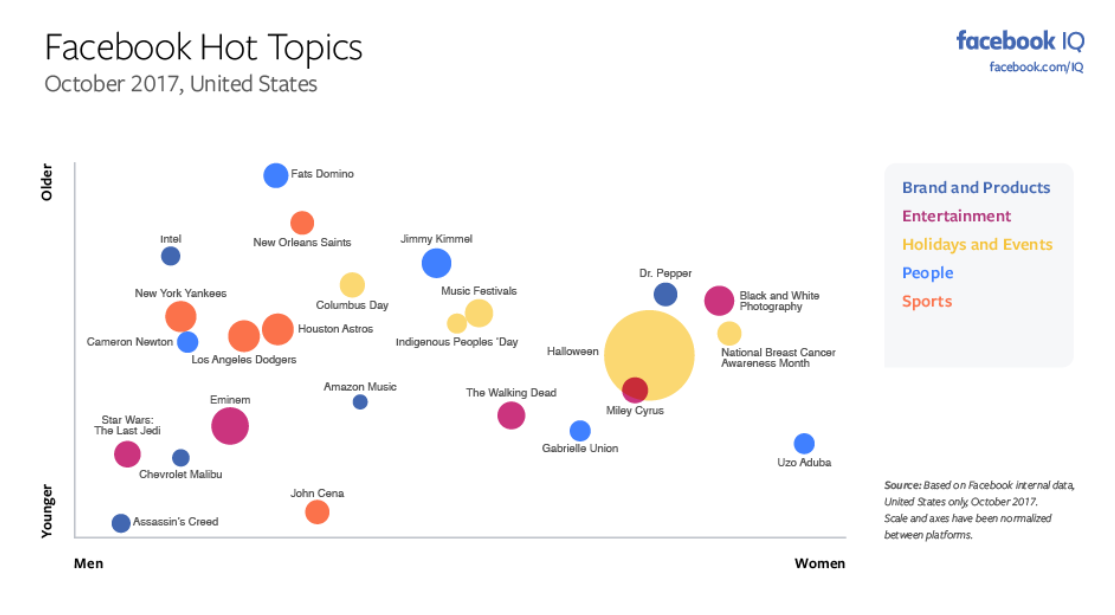 As you would expect, Halloween was the biggest focus of discussion amongst the Facebook community – seasonal events like this are always dominant, so much so that it’s almost better off viewing the chart without them, as they’re too obvious to provide any real insight. 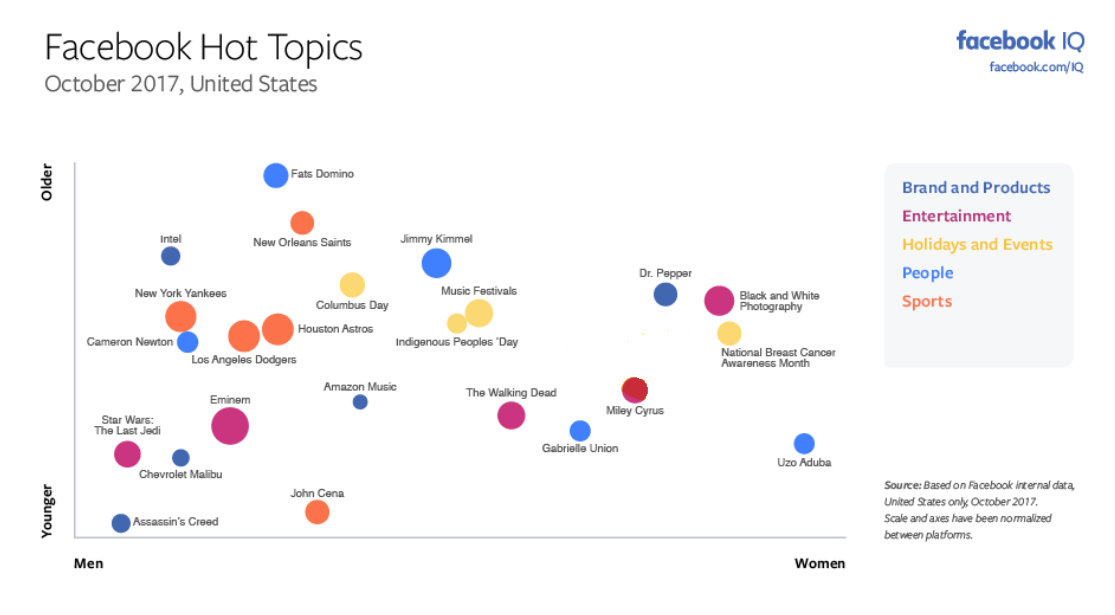 As you can see here, with Halloween removed, you get a better perspective on the other events that took precedence amongst Facebook users.

Younger men were big fans of Eminem’s recent freestyle rap on President Trump, and are clearly looking forward to the new Star Wars film, while the MLB was also a hot topic amongst male users.

On the female side of the chart, the interests seemed to be a little more nuanced, with ‘black and white photography’ and National Breast Cancer Awareness Month amongst the most mentioned.

Over on Instagram, there was, again, a bigger focus on entertainment – though, of course, Halloween was also clearly dominant. 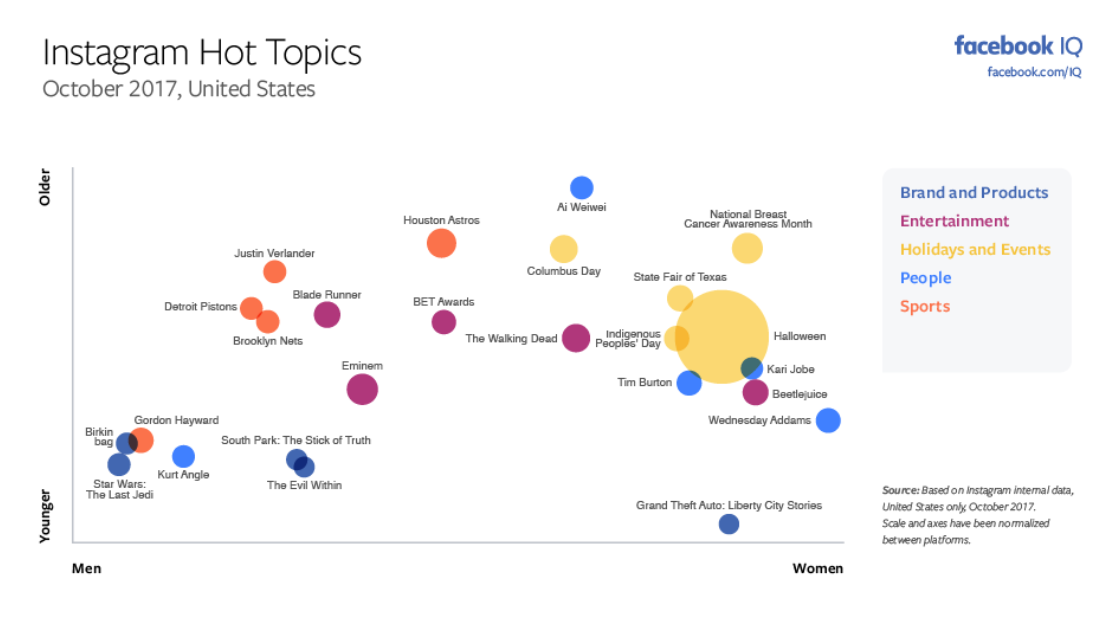 Interesting to see such significant interest in the video game ‘Grand Theft Auto’ amongst female users, and Birkin bags among younger men. 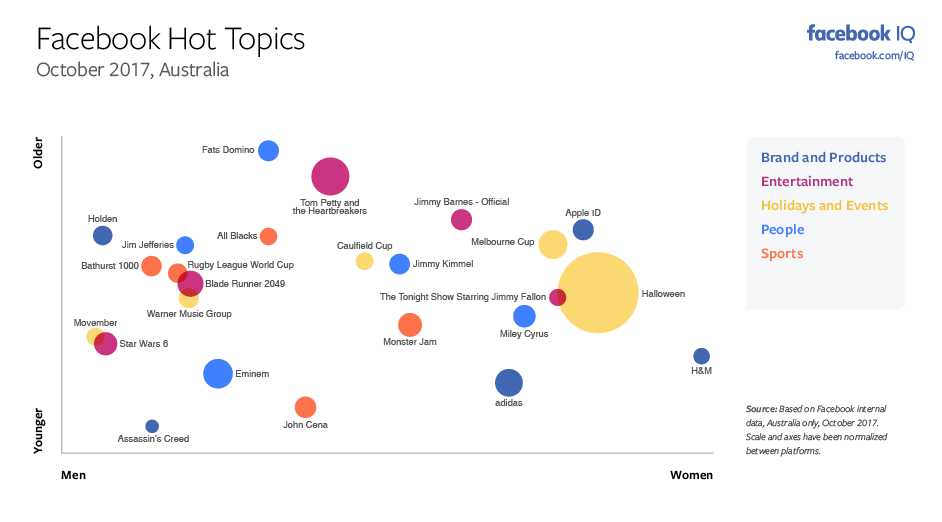 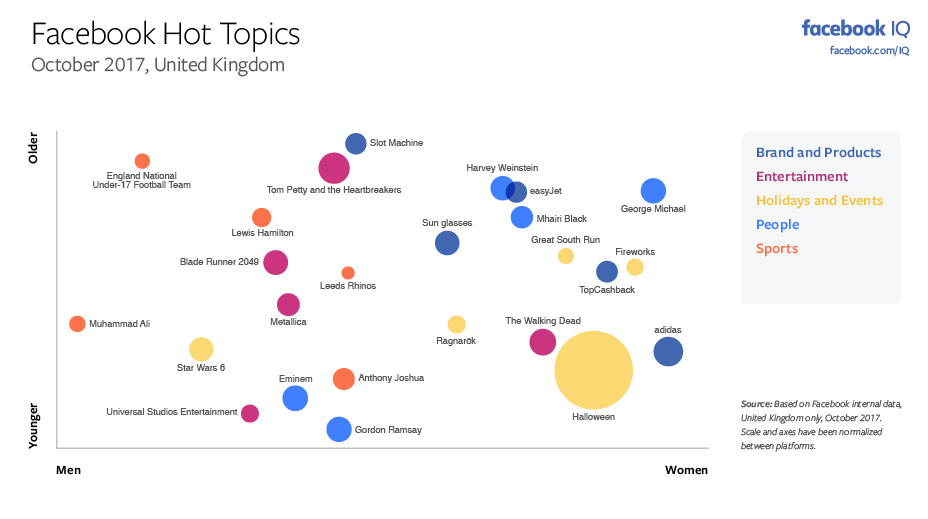 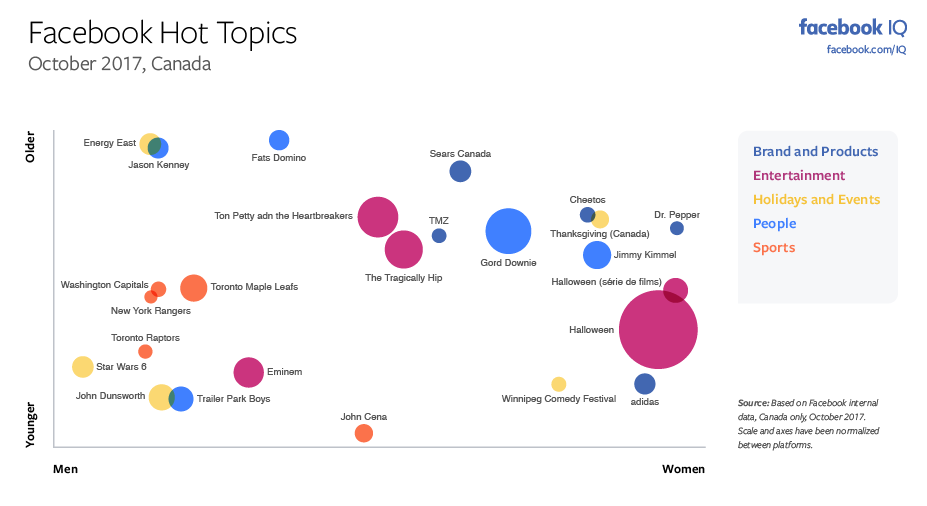 As noted, the monthly Hot Topics reports are always worth a look – many of the trends are obvious, and you likely have some awareness of what your target market is looking at. But others could be less so, and could provide some key insight for your Facebook approach.