While there's been a range of fad apps which have come and gone over the years, it does feel - at least right now - like TikTok might just have some staying power.

Backed by Chinese company ByteDance - which is already looking at expansion - TikTok has been able to benefit from having essentially the same app operate within China for the preceding two years before TikTok arrived in western markets. That's given TikTok a head start in regards to ad options and tools, while it also provides it with increased capacity for testing, learning from previous releases, etc.

It's very early days, but the trends are pointing in TikTok's favor, as it holds its popularity in the market. And this new addition could be another way to make the app even more sticky with its growing audience.

As reported by TechCrunch, TikTok has announced a new integration with Giphy which will enable TikTok users to add animated GIFs, including GIF stickers, into their clips.

That provides a whole new level of creative capacity. Giphy, it's worth noting, also has similar integrations with Snapchat and Instagram, so it's not entirely original. But given the popularity of TikTok, and the added potential of GIFs, it'll no doubt see a lot of usage, and help to further boost TikTok's trending cred.

TikTok hasn't released any official updates on its US user numbers, but third-party data shows that the app's usage is on a significant rise, with no signs of slowing as yet. 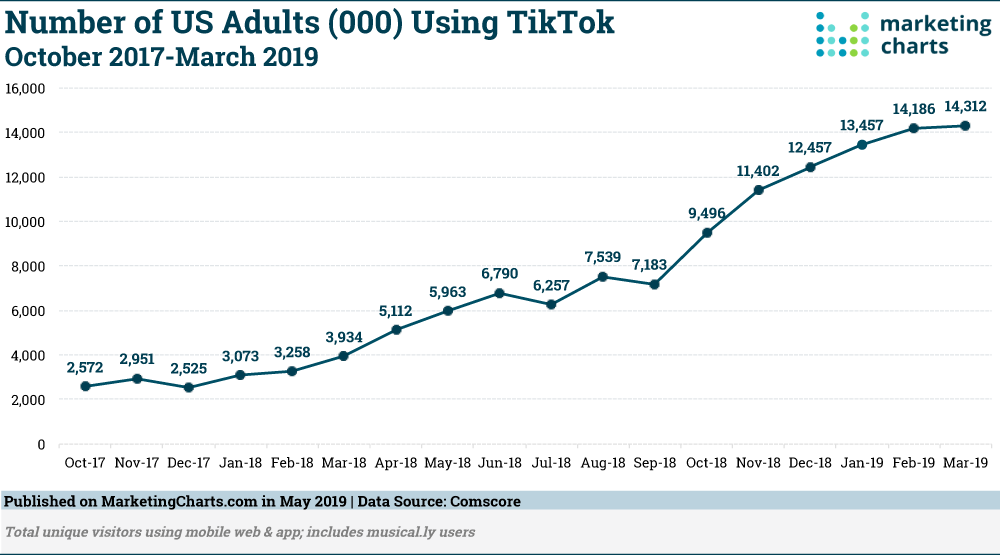 From a marketing perspective, TikTok has also, as noted, already launched a range of ad options, which may be worth considering, particularly if you're looking to reach younger audience segments.

Additions like GIFs only look set to increase its popularity, and even if it's not really a consideration for your brand efforts as yet, it should certainly be on your digital marketing radar.