TikTok Launches Digital Avatars for Use in TikTok Clips

In the near future, digital avatars will become a critical representation of our real selves, as we interact more and more in wholly virtual spaces - which is why several platforms are now trying to come up with the best 3D avatar tools to better align people with their apps.

And now, TikTok’s throwing its hat in the ring, with the launch of its own avatar creation tools.

As you can see in the above video, TikTok’s Avatars, now available via the ‘Effects’ panel in the camera view, enable users to create their own custom character depictions for use across the app.

“Choose from an array of hairstyles, accessories, piercings and makeup, to create a TikTok Avatar that reflects your personal look and style. After your Avatar is ready, you can start recording videos. As you gesture and move, your Avatar will mimic your motion.”

The functionality is much like Apple’s ‘Memoji’, which enables you to use your chosen Memoji character as essentially a digital puppet, with the character moving in response to your actions when looking at the camera.

TikTok’s avatars are an almost direct replica of this, down to the cartoonish look – though TikTok’s characters also include a ‘miniature avatar’ functionality, which I suspect will end up being the primary use of the option, at least initially. 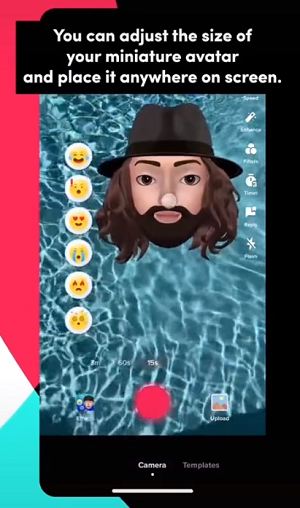 As you can see in this example, in ‘Miniature’ mode, you’ll be able to place your custom avatar as an overlay on your TikTok clips. That could provide a range of new creative use cases, with your digital character engaging with TikTok clips and remixes, or providing voice-over directions as a talking head.

Which could be interesting - but as noted, the real impetus here is staying in touch with the next phase of digital connection, and building avatar tools that will increasingly align with habitual usage shifts, while also helping to maintain connection with your presence in each app.

Meta’s 3D avatars are already well-advanced, and available for use, in varying ways, across both Facebook and Instagram, while Snap has its own Bitmoji characters which users are also aligned with.

Both Meta and Snap are already exploring the sale of digital clothing for your virtual characters, while Meta, of course, is also looking to merge your Avatar over to VR, and eventually, its metaverse vision. Within this, users will become increasingly used to engaging via these depictions - which is why TikTok’s also looking to get in now, in the hopes that its users also become more attached to their in-app caricatures.

Though I suspect, eventually, it will come down to the most functional avatar creation tools, the most customizable and best looking, and the most universally available, with the capacity to take your character with you across apps and platforms.

Which is where dedicated creation tools like ‘Ready Player Me’ come into the frame. 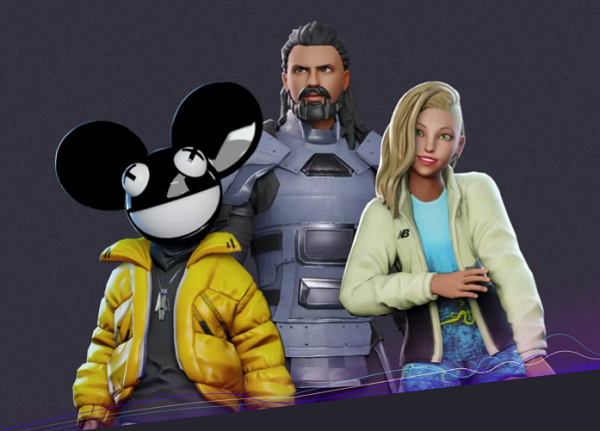 Ready Player Me’s characters replicate the style of existing video game creation tools, like the player models available in ‘Fortnite’, and provide a lot more custom elements, which will likely make it a more appealing, engaging platform, if it’s able to align with the upcoming metaverse schema (i.e. its characters are transferable across various platforms).

We don’t know exactly how that’s going to work, because the systems haven’t been made as yet, but the best avatar tools will enable universal compatibility, so that the character you align yourself with on one platform is the same one you use in every other, helping to build that recognition and presence across digital spaces.

Meta is also working on its own photorealistic avatars, which are likely a while away yet.

And even when they are available, it remains to be seen whether users actually want to look like themselves online – or would they prefer a more customized, cartoonish variation that better represents how they choose to look?

I suspect the latter is more likely, and it wouldn’t surprise me at all if Meta eventually sought to acquire a tool like Ready Player Me to build out its avatar creation options, and increase appeal to younger users.

And given this, TikTok’s likely starting from well behind. But it has to start somewhere, with these initial avatar tools being the apps first step in its own metaverse shift.

TikTok’s new Avatars are available in the app from today.