While Meta has grand dreams of a metaverse future, where all of us will be interacting in wholly digital environments, and where we can be and do anything in entirely immersive worlds, there’s one significant impediment to that process at it stands right now.

Can you guess what it is?

Apparently, the metaverse renders legs obsolete. And while the current avatars are also functional, in a basic sense, if Meta really wants to get people engaging with digital items, like clothes and other customization elements, to make people more aligned with their virtual identity, it’ll need a better creation process, so that you can build the representation that you choose - down to the shoelaces in in your virtual sneakers.

Which is where this new development comes in.

As you can see in this new video, posted by Meta CEO Mark Zuckerberg, Meta’s currently developing new technology that would enable the creation of more customized digital recreations which simulate actual human movement.

That could go a long way towards building truly personalized and representative avatars, which Meta’s also developing via its Codec Avatar tech.

As you can see in this example, which Meta shared last year, the ultimate goal is to enable users to create fully realistic versions of themselves for use in virtual worlds, which would include legs and full gesture mapping.

If, of course, they choose. Via the same process, you would also be able to edit your look and change your digital self to suit your own expression. But the base concept is that you will have almost endless customization options available, which will enable you to conduct virtual activities with a fully-formed representation of yourself, customized as you choose, and eventually, fitted out in digital clothing, the same as you would purchase clothes in a physical store.

That’ll open up a range of new opportunities for eCommerce, in terms of both selling real items (as you’ll be able to see how they look on you before you buy) and digital items, which will be the expansion of the early NFT push.

While there’s a level of excitement about NFT profile pictures online, the true future of digital items is not in these cartoonish images, but more in virtual items, like digital clothes, that you can buy and sell, and take with you to other elements of the metaverse as you see fit.

Customizations like this have already proven popular in existing metaverse examples, with platforms like Roblox and Fortnite generating significant revenue from in-game customization options. 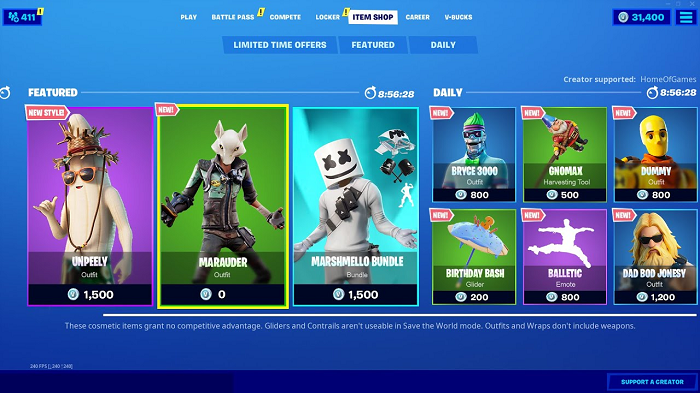 Users buy the digital outfits, or ‘skins’, that they want to use to represent themselves in these game worlds - but at present, their usage is restricted to each individual property. The ultimate goal of the metaverse is to create a network of interoperable environments, where you’ll be able to take these customizations with you - so if you choose to dress up as a banana character in Fortnite, you could then hop into a work meeting in the same character design.

These advanced creation tools from Meta are another step in that direction, and it’s interesting to consider the scope of possibilities they could facilitate in this respect, and where such developments will get to over the next ten years.

Which is the timeframe that Meta’s outlining for its metaverse shift. While many are looking to get in early, and be pole position for the next tech development, the reality is that these systems will take time to formulate, and become more accessible for everyday users.

As a basic example - for an accurate avatar system to work, and create a fully customized depiction of you in 3D, you’ll need to scan yourself within a digital camera room, like the one in the Meta video above.

That, eventually, could be another element of Meta’s retail stores, the first of which was opened in California earlier this month.

Meta Store, our first brick and mortar retail and experience space, opening on May 9 at our Burlingame campus (322 Airport Blvd, Burlingame, CA). Check it out! ???? pic.twitter.com/6UpKVOWiN5

It’s not there yet, but as Meta looks to expand its physical store network, it could also, eventually, add in VR scanning booths where users will be able to capture their virtual self for these advanced avatars.

It’s still some way off, but you can see where these developments are headed, which could have big implications, in a range of ways.