Twitter Expands its $99 Per Month 'Promote Mode' to More Users

After announcing a test of a new, $99 per-month profile promotion option back in July, Twitter’s now expanding access to the option, with all users in the US and UK able to use ‘Promote Mode’ to give their profile a boost. 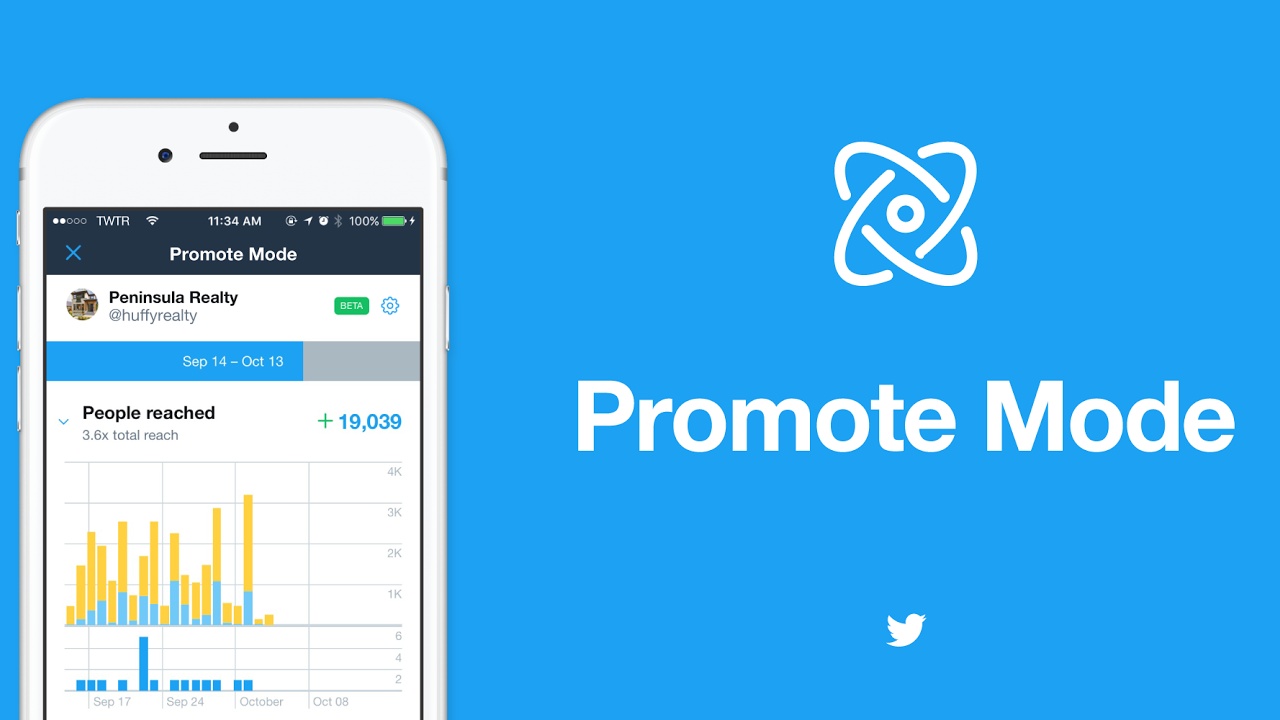 It works like this – through Promote Mode, users pay a flat fee to have their tweets promoted, with Twitter automating the promotion element. You just tweet as you normally would, and Twitter will promote each of your tweets to potentially interested users, based on your selected targeting.

That targeting, however, is limited – within Promote Mode, you can only select up to five interest or metro locations or regions in a selected country, far less than regular Twitter ad targeting. You also can’t select which tweets to promote - once you’ve entered your targeting options, all of your tweets will be shown to more users, with a ‘promoted’ marker attached to them when shown to those outside your existing audience.

So does it work? Reports have been mixed - Twitter says that one of the profiles in the trial program gained “30 new followers and reached over 30,000 additional people each month”. Those aren’t exactly mind-blowing numbers, and Twitter also notes that “accounts with up to 2,000 followers will see the most value”, with a future, similar option to be added for larger profiles.

Clearly, the tool is aimed at small businesses and those starting out – through Promote Mode, Twitter looks to be trying to hit back against the fake profile market, where users will pay to build their following through artificial methods, or they’ll use the classic ‘follow back’ approach to inflate their numbers.

Both of those approaches come with drawbacks – fake followers won’t engage with your content, limiting broader exposure (through Twitter’s algorithm), while they’ll also skew your audience data, making your analytics virtually unusable.

The old ‘follow back’ tactic works to boost your audience, no doubt – it’s not hard to build a large Twitter following by simply following a heap of people each day and unfollowing those who don’t reciprocate, then repeating.

But again, this skews your data and engagement – if people are only following you or your businesses because you followed them, to inflate their own numbers, then they’re likely not your target audience, which means you’re probably not helping to expand your effective reach and response.

Promote Mode will aim to showcase your tweets to actual, interested users, building your profile in the right way - so while adding 30 new followers a month may not look as good as adding hundreds through other methods, if those people are actually interested in what you have to say, they could be significantly more valuable.

For those who can access Promote Mode, it’ll be available in the menu options by sliding right on the main screen.

As you can see, Twitter will also provide you with a Promote Mode dashboard to track your results – the graph will chart both your organic (blue) and promoted reach (yellow), making it easy to see the impact. 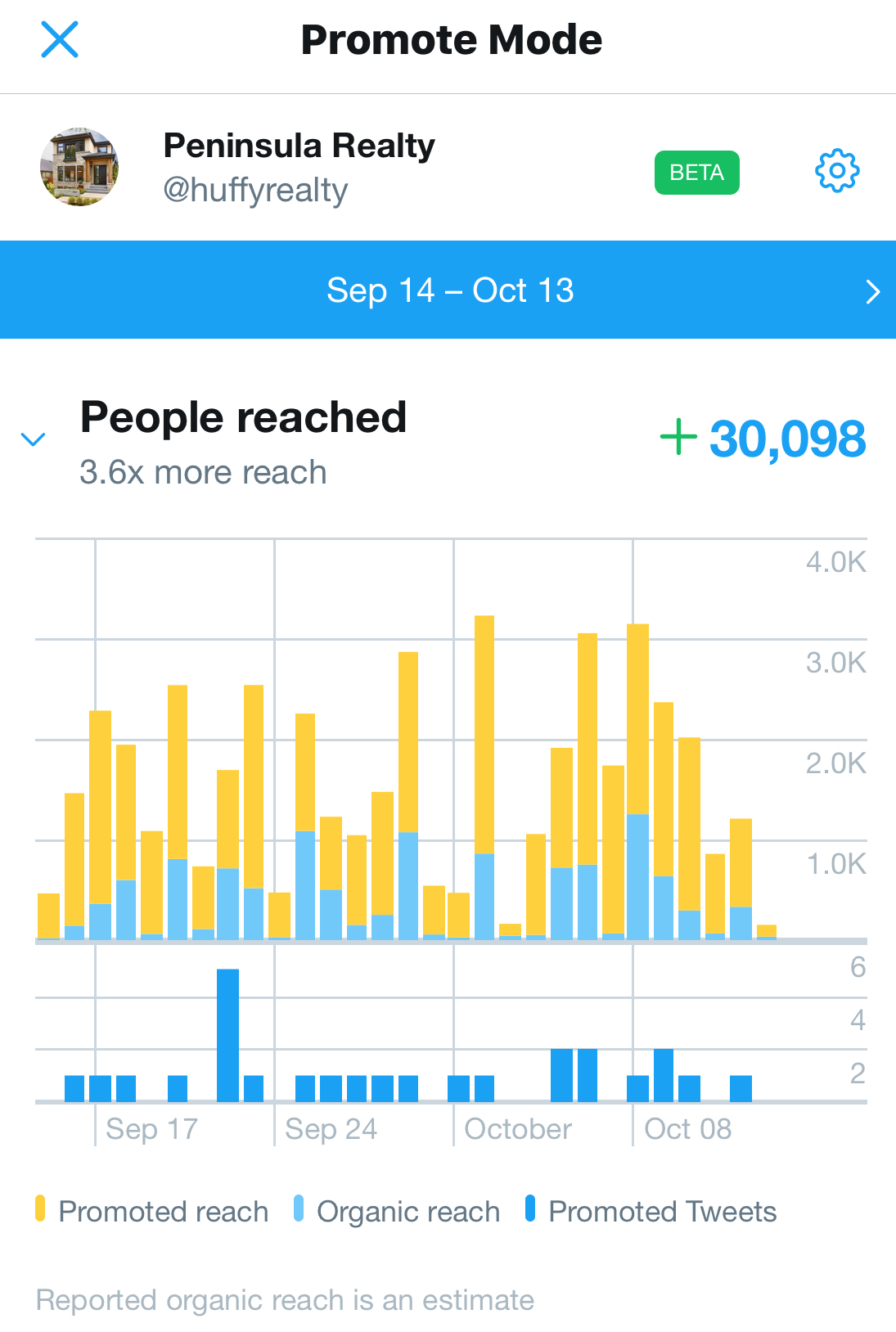 “Small businesses and individuals using Promote Mode can expect to gain followers and reach a broader audience each month, as long as they are actively Tweeting. The most successful people will keep Promote Mode toggled on while they focus on creating their best Tweets. But if they need to take a break, they can toggle Promote Mode off and pause all promotions. This doesn’t pause their subscription or billing.”

In addition to US and UK users, Twitter also says that Promote Mode will be available in Japan soon, while the functionality is also available through Sprout Social, an official Twitter partner.

You can find out more about Promote Mode here, or sign up at this link.