Twitter's looking to provide more insight into the action it's taken on rule violations, information requests, coordinated misinformation campaigns and more via an updated Transparency Center mini-site, which has been transformed into an interactive expansion of its regular, static Transparency Reports.

"In 2020, it is more important than ever that we shine a light on our own practices, including how we enforce the Twitter Rules, our ongoing work to disrupt global state-backed information operations, and the increased attempts by governments to request information about account holders. [...] We have reimagined and rebuilt our biannual Twitter Transparency Report site to become a comprehensive Twitter Transparency Center. Our goal with this evolution is make our transparency reporting more easily understood and accessible to the general public."

Each report area includes new, interactive features, so that you can drill-down to the specific data you need. There are also improved visualization tools and nation-by-nation comparison options. 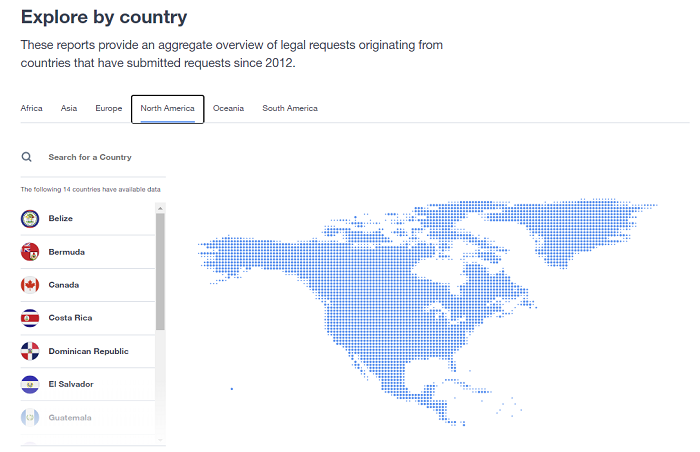 The display options make it much easier to get a quick view of the overall trends and shifts, with added detail that outlines the specifics of each region. 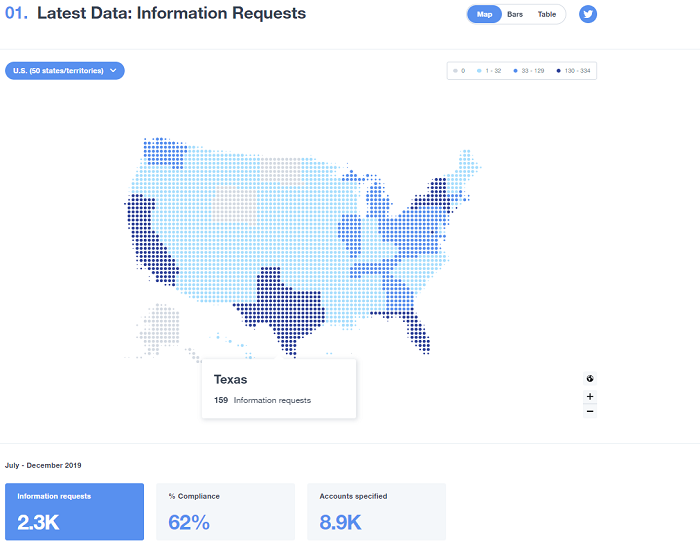 The more specific options, however, do also make it a little more difficult to get a sense of the overall shifts - but you can still view the overall numbers within each dedicated topic overview from the main page.

On the latest data set, as you can see here, Twitter saw an increase in spam reports in this reporting period, which covers July 1st to December 31st, 2019. Due to the impacts of COVID-19, Twitter hasn't updated the information for the most recent period, but it says that it will look to release its updates to such as soon as possible every six months.

That means that the reportage here is a little behind time, but still, it is worth noting the major shifts, which also includes this: 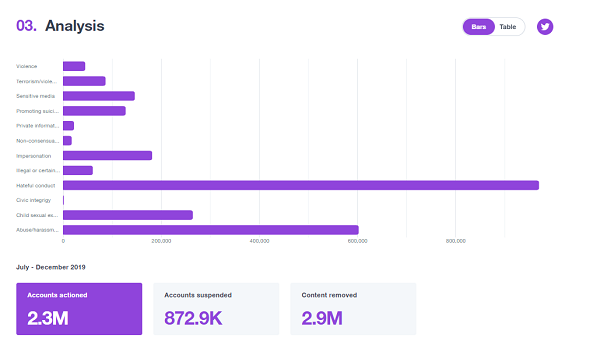 Twitter saw a 47% increase in actions taken against rule violating accounts within this period, with significant increases in penalties enacted due to 'hateful conduct' and abuse. Twitter also removed 50% more content versus the previous reporting frame.

That shows that Twitter is taking more action to address user concerns around these key elements, which is particularly significant for Twitter, given past criticism for its inaction in challenging toxic users.

It'll be interesting to see how these trends hold in the current reporting period, which will be easier to do with the new comparative tools. Over the most recent six months, Twitter has been working to enforce various elements of concern, including discussion around the #BlackLivesMatter movement, misinformation around COVID-19, and controversial, divisive political content - even commentary on such from the US President.

Twitter's public stances on such have seen it praised by many, and in some cases, have shifted long-standing perceptions of the app. And soon, we'll have more definitive data on exactly how it's enacted its approaches to these elements - in comparable, easy to view graphs and charts.

You can check out the new Twitter Transparency Center here.