With people seeking new ways to stay connected during the COVID-19 lockdowns across the world, Twitter has seen a big increase in watch parties, with users engaging around movies and TV shows, facilitating collaborative engagement around a shared experience.

This week, Twitter has shared some stats on the increase in viewing parties on the platform - and while this data is focused on Canadian user habits, it would be largely indicative of similar, global usage trends.

That growth could assist in your strategic planning for similar collaborative events - here are some more insights Twitter has shared into the rising viewing party trend.

First off, Twitter notes that digital device usage is up in all categories this year, with creating videos, podcast listening and streaming seeing the biggest leaps. 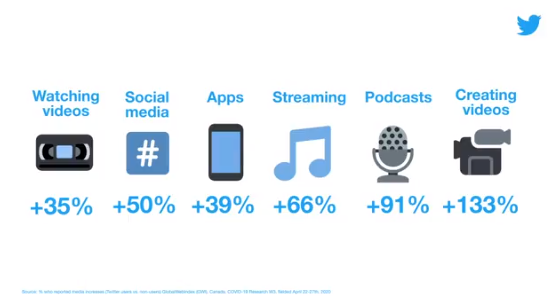 That points to the rising opportunity of engagement around the same, and thus far, several major productions have seen increased engagement as a result of hosting dedicated watch parties and discussions, including Netflix's Michael Jordan documentary 'The Last Dance' and the release of 'Hamilton' on Disney+. 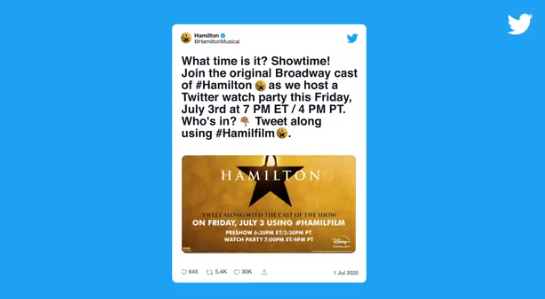 Twitter, of course, has always been home to the most active live discussion around TV shows, and previous studies have shown that engagement around such is significantly boosted when the stars of such programs interact in that conversation. But in the time of lockdown, that emphasis is further dialed up, which could provide significant opportunity for dedicated promotions around various types of announcements or offerings. 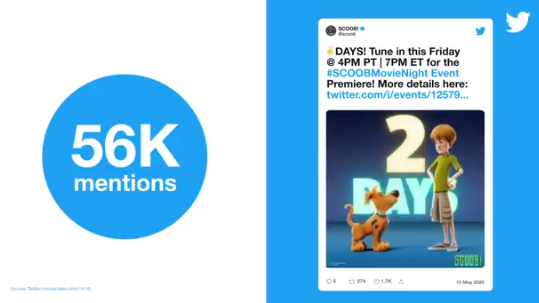 It's essentially a Twitter chat, but on a more interactive level - and considering it this way, it could point to opportunity to run, say, product launches tied into a live-stream, or industry interviews with another viewing element.

That's the key consideration - the real value of these discussions has been that users are able to experience something in real-time, beyond the Twitter discussion alone. Having a movie or TV show is a big advantage in this respect, but the trends might point to related opportunities, as people seek out ways to maintain connection.

If you are thinking about running your own watch party, Twitter provides these tips. 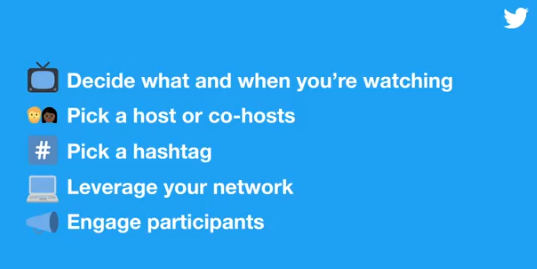 The engagement element, again, is key. The expansion on the traditional Twitter chat format is the off-platform element, and that's not necessarily easy to replicate, but it may be worth considering in your Twitter engagement efforts.

There are some interesting trends to consider, either way, and they may help inform your approach.