This is a blow for social ad researchers - late last month, with little fanfare, Twitter sunsetted its Ads Transparency Center, which enabled anyone to view all the ads being run by any Twitter profile at any given time. 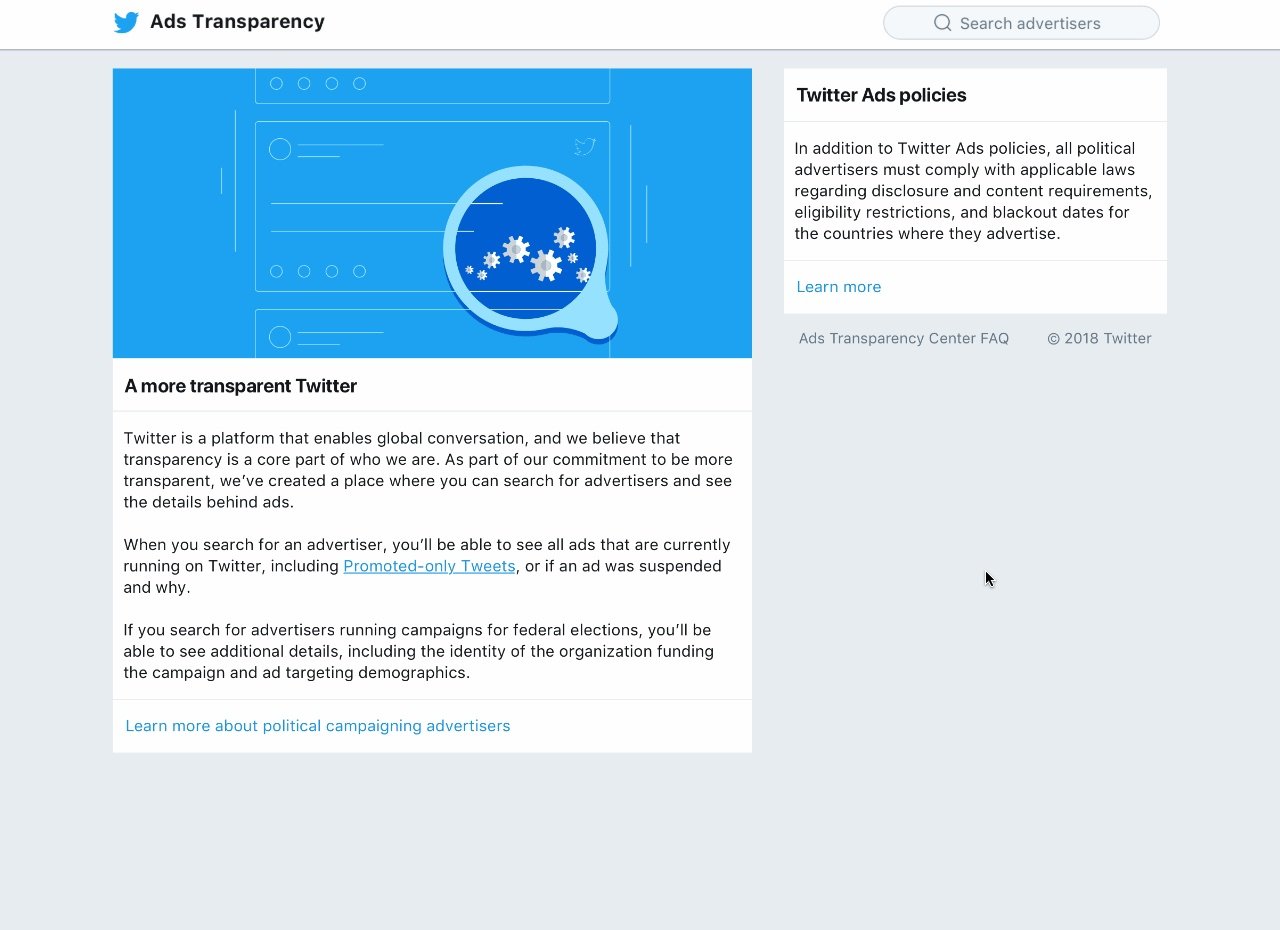 The change was noted by Bene Earl of Headland Consultancy, who pointed to an amendment to the original announcement post:

"As of January 25, 2021, the Ads Transparency Center is no longer available. Please visit Business.Twitter.com to learn more and download a historical archive of all political and issue ads prior to the prohibition of both Political and Issue Ads on Twitter."

"We launched the Twitter Ads Transparency Center (ATC) in May 2019 to provide greater insight around Political and Issue ads on the platform. With the official prohibition of both Political and Issue Ads on Twitter in November 2019 and the establishment of a mandatory Cause-Based Ad certification and review process, the ATC no longer provides its original intended value."

Which is not entirely correct - the Ads Transparency Center was actually launched in June 2018. But that's beside the point.

"To replace the ATC and maintain the same levels of transparency, Twitter is now providing an archived version of ATC data from all Political ads that ran between May 24, 2018 and November 22, 2019 and Issue ads that ran between August 08, 2018 and November 22, 2019. If you’re interested in learning more about any and all ads being served to you, you can download this information by clicking on Your Account in the Settings & Privacy tab."

So there is still a way to access some Twitter ads data, just not for ads after November 2019.

Which is a shame, because the Ads Transparency Center was helpful in getting a better understanding of Twitter campaigns being run, and how the platform was being used, not just in terms of political campaigns, but also more generally, in working to understand how different brands were looking to use their tweet campaigns to best effect.

The change may be somewhat reflective of the shifting focus in the wake of the 2020 US Presidential Election - with scrutiny on social media platforms now lessening in the wake of the poll, it seems that, at least in some respects, the platforms too are looking to lessen the attention on campaign spend.

But again, that wasn't the only function of the Ads Center, as it served a valuable research purpose beyond politics and issues. Now, that won't be available, which will give you less insight for your competitor research efforts.

It's not a major shift, of course, and clearly not many people were using the option (or Twitter wouldn't have removed it). But still, it's worth noting for social media marketers and those looking to research platform usage.