Twitter is testing out some new features designed to make it easier to understand your various privacy settings and options, and provide more transparency around the impact of such changes within the tweet process.

That, ideally, will help more Twitter users ensure that they're applying the most relevant settings for them, as they tweet, with in-stream prompts and alerts that will provide more context whenever such changes can be applied.

The changes are all in very early testing at this stage, so they may not ever be launched, but here's a look at what's currently under consideration.

First off, Twitter's considering new prompts for when you go to change your privacy settings, in any capacity, which will better outline what that change will then mean for your tweets. 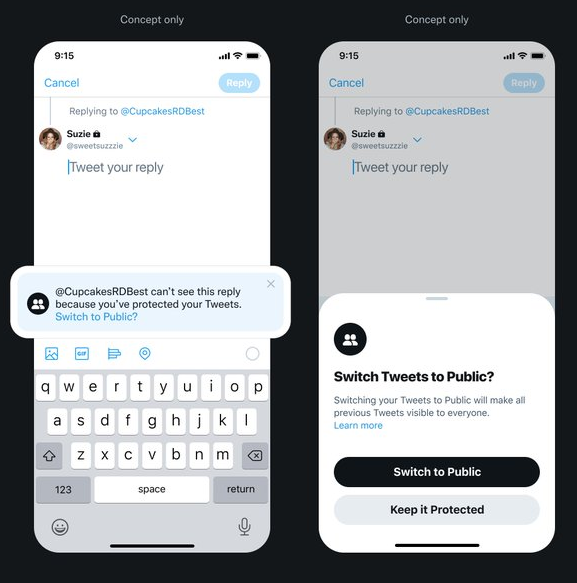 As you can see here, under this proposed update, if you have a protected account and you go to reply to somebody that isn’t following you, you would get a reminder that they can't see your reply unless you switch to 'Public', along with an in-stream prompt to make the change then and there.

That could help ensure that users are more aware of what such changes actually mean in the context of their broader Twitter usage, which could actually be crucially important for those who've made their tweets private due to personal issues or concerns. If their tweets were to suddenly become public because of a reply, that's something they should probably be aware of before going ahead. 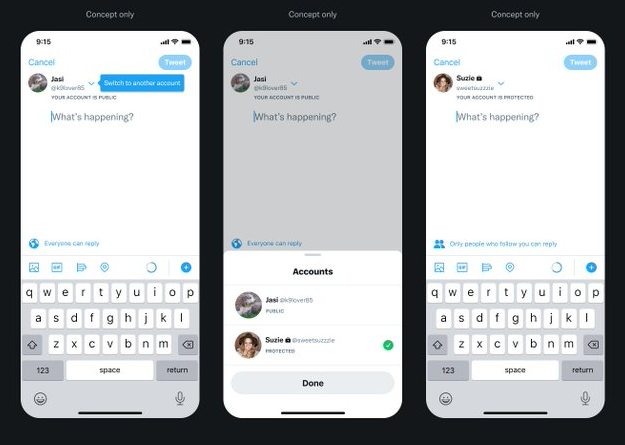 As you can see here, the update would see your avatar, name, handle, and privacy status displayed within the composer window, which could help users avoid tweeting from the wrong account, and potentially sharing a tweet publicly that was intended for their private audience.

Interestingly, Twitter's also testing out variable audience controls for your tweets, which would also be defined in the composer, and would address some of the same issues. That solution is seemingly aimed at helping to reduce the need for multiple accounts, which would lessen the need for account switching - but for those managing brand accounts and other presences, both options would have their place.

Twitter's also considering a new, in-stream overview of your various privacy settings, to make people more aware of their options. 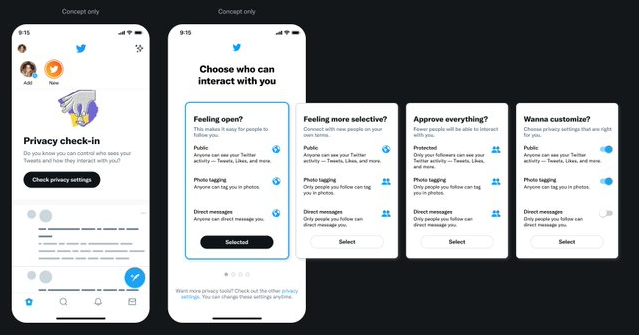 "​We've found lots of people don't know about all the conversation control and discoverability settings available to them - so how about a check-in that lets you pick among various groups of settings depending on your needs?"

The new alert would take you through all the various privacy controls and settings, helping users get a better understanding of how, exactly, they can limit their tweet audience, in a range of ways, if they so choose.

And lastly, Twitter's looking to help maximize awareness around your discoverability settings, particularly in situations where there may be suspicious or unwanted activity around your profile. 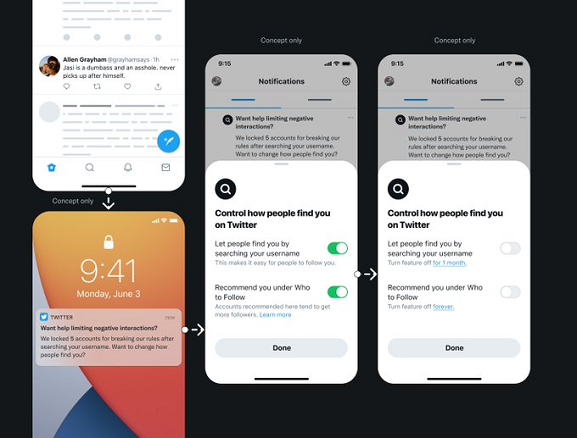 Under this process, Twitter would alert users as to how their profile is being found, then prompt them to change those settings if they so choose, with simple connectors to your privacy options.

Which is really the overall focus here - Twitter does have a range of helpful privacy tools and options available, but many of them are buried in the app's settings, which can make them difficult to find, and to understand, in context.

By adding more prompts, Twitter is looking to help users better understand each element, and where they would be applied, which could play a key role in reducing unwanted experiences, and keeping tweets safe.

Which is an excellent initiative - and while, as noted, these are early concepts, these, and Twitter's variable audience settings, look set to help more users understand and control their experience.