So this is… interesting.

Today, Twitter has launched a new test on iOS which sees the tweet composer moved to directly below the main feed in the app, as opposed to the current ‘+’ blue dot at the bottom right of the UI. 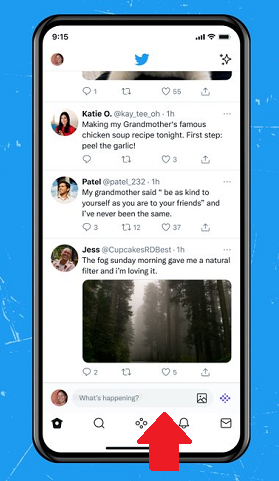 As you can see here, the updated composer is not radically different from the current blue ‘+’, at least in terms of placement. But it does make it a little clearer as to where you can post your own tweet, which could get more people sharing their thoughts in the app more often.

You can only assume that Twitter has been getting user questions about where they need to go to create a tweet when scrolling through the feed, meaning that the current process is not clear enough. And it may well be confusing for new users coming in, with the blue dot not entirely clear as to the functionality that it facilitates.

So while it may seem a little strange to regular users, it could actually be an important update, that does, in fact, boost original posting. You would think that it probably won’t have a huge effect, but any extra activity is a good thing, and if there are questions about how to tweet, that’s a problem that Twitter needs to solve.

Twitter’s been working for years to reduce confusion, and make it easier for newbies to navigate the app. Maybe this is actually a bigger problem than you’d think, and it’ll be interesting to see whether Twitter chooses to go ahead with a full roll-out at some stage.

The test is now live with a small group of iOS users.