This could be a big change in how you tweet.

Back in February, as part of its Analyst Day presentation, Twitter previewed a new, groups-like option called 'Communities', which would enable Twitter users to share their tweets within selected sub-groups of users, as opposed to sharing with everybody.

As you can see in this example, rather than simply tweeting to all of your followers, as normal, Communities would enable you to select a specific audience for each tweet. That could enable Twitter users to engage with a wider breadth of topics and interests, without being concerned about boring all of their followers with irrelevant updates, or more extreme, having to create separate Twitter profiles for different purposes.

And now - thanks to reverse engineering extraordinaire Jane Manchun Wong - we've got a new look at how Twitter is developing its new Communities tools. 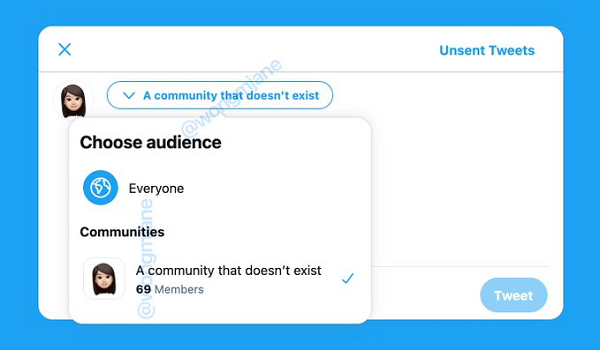 Much like the Analyst Day example, Wong has now found this new audience picker in the back-end code of the Twitter app, which likely means that it's close to deployment.

In addition to this, Wong has also found this new Communities creation page. 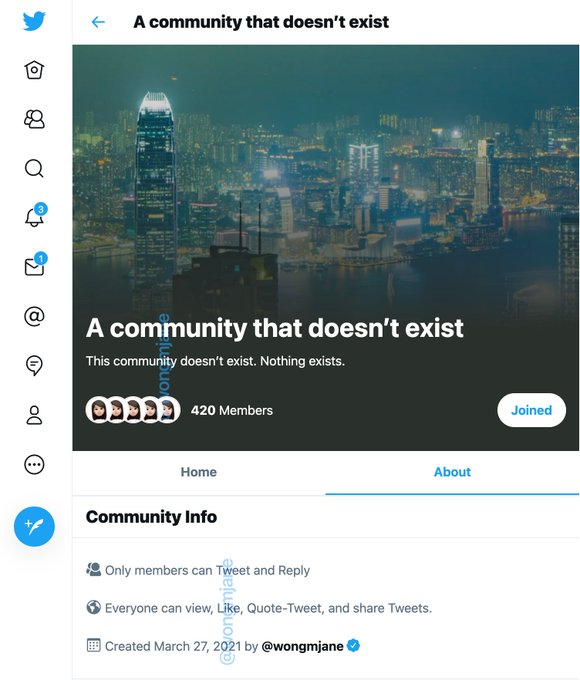 As you can see here, the Community page would be joinable (see the 'Joined' indicator on the main image), with only members of a community able to share tweets within it. The Page also has 'Home' and 'About' tabs, with the 'Home' tab being a feed of all the tweets that have been shared to this group.

Which is really what it is - Twitter's Communities are its answer to groups, providing a more private engagement option, which would enable users to interact with users around dedicated interests, which could help to foster closer communities, and see more engagement, overall, in the app.

Which would be a good thing, because Twitter has set some ambitious targets for usage growth. Over the next three years, Twitter's aiming to add 123 million more Monetizable Daily Active Users (mDAU), taking it from 192 million now, to 315 million in 2023. For context, Twitter has added only 83 million mDAU over the last three years - while the company's also looking to double its revenue, rising from $3.7 billion in 2020, to at least $7.5 billion in 2023.

For that to happen, it needs new tools - which is why Twitter's development momentum has gone into overdrive of late, with new tools like Fleets, Spaces, subscriptions, up and downvotes on tweets and many more.

Which is really interesting from, a user perspective, and there seems to be value in each of these additions. But they could also significantly change your Twitter strategies, and how to make best use of the platform to build community, reach new audiences and connect.

That also means new opportunity, but it's worth considering what each of these new developments could mean for you and your Twitter process moving forward. Because they're coming. Twitter may be only in test mode for each right now, but with those growth targets on the board, you can bet that these are going to happen, they're not theoretical or ideas that will float for some years.

As such, it may be time to consider the potential of Twitter communities, which now look close to live testing.