Twitter's Working on an Option to Enable Live-Streaming with Friends

In yet another chapter of the strange relationship between Twitter and its live-streaming app Periscope, Twitter is testing a new live-streaming option which would enable users to invite guests into their live-streams, with those guests participating in the stream in audio format. Which is exactly the same as what Periscope released back in February. 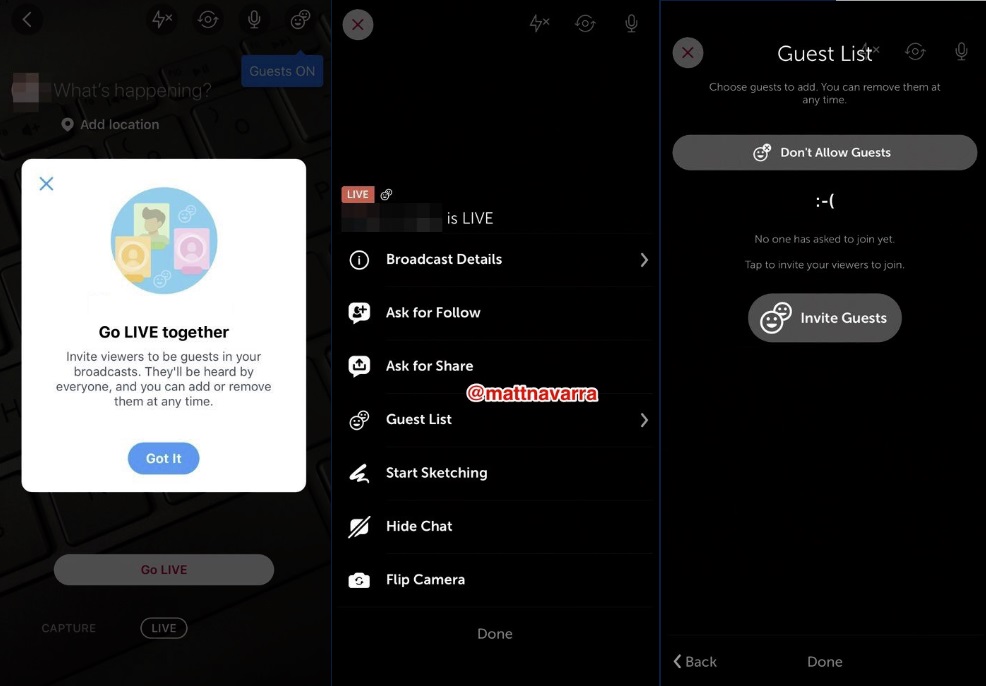 Spotted by social media expert Matt Navarra, the option, as you can see above, would let you invite audio-only guests, and remove them at any time. Presumably, this would follow the same model as Periscope, which enables users to add up to three guests into a stream at a time, and be heard by everyone - which would add another element to your Twitter live-streams. Though, as we noted when Periscope launched the functionality, it's a bit behind other streaming platforms, like Instagram or Facebook, where you can add additional participants in their own video split screen.

The relationship between Periscope and Twitter has been strange ever since Twitter launched its own direct live-streaming option via tweet back in 2016, which negated the need to go through Periscope. That, you'd assume, would have significantly impacted Periscope usage (Periscope hasn't released any official usage stats for some time), and it immediately raised the question - why maintain Periscope as a separate streaming app at all?

Twitter, of course, wants to maximize its usage, and keep its users engaged - and as such, incorporating Periscope directly on its main platform would seemingly make more sense. No doubt Twitter has its reasons, but this new test once again begs the question - is Periscope a viable platform in its own right?

I guess we'll find out, but for right now, it looks like another option will be coming soon for your Twitter live-streams.