WhatsApp's Rolling Out Dark Mode for its Web Version

Here's a small, but no doubt significant update for many users.

As reported by Android Police, WhatsApp is now rolling out dark mode for its web version, after first launching dark mode in the app back in March. 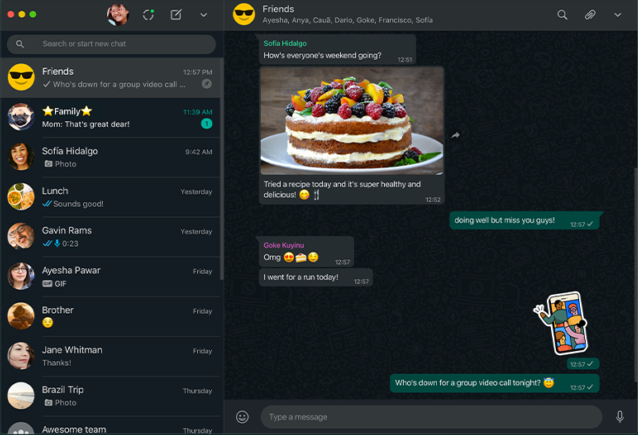 WhatsApp announced that dark mode for web was coming via a blog post last week, and now, the first stages of the rollout are in progress.

As per Android Police:

"We began getting the first hints of a dark mode in the Android app last year, but that didn't finish rolling out to all users until just a few months ago. Hopefully, the desktop dark mode won't take quite that long to show up for everyone."

According to AP, dark mode for the web version of WhatsApp will be available to all users within the next few weeks - so if you're not seeing it now, you will soon.

That will leave Instagram's web app and Facebook's mobile app as the only surfaces within Facebook's family of apps where dark mode isn't yet available - and both are in testing at present.