Will Apple's AR Glasses be Released in 2021?

But will Facebook be the only company to release new AR wearables, or will it be just the beginning of the next big AR push?

This week, various tech pundits have speculated that Apple, too, may be looking to launch its AR glasses sometime in 2021. 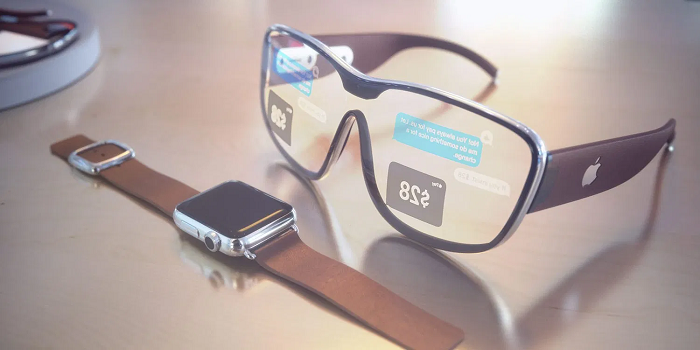 But then again, this isn't the first time we've heard this. As reported by 9 to 5 Mac, speculation around Apple's AR glasses has been circulating since 2017, with every subsequent year being tagged as, potentially, when we finally see the glasses in real life.

That, of course, hasn't happened, but with Facebook accelerating its plans, via its 'Project Aria' prototype, and various other players also developing AR-enabled tools, now may be the time that we actually see Apple take concrete steps towards releasing its own AR device.

According to Mac Rumors, Apple suppliers have been told to gear up for an unspecified augmented reality device in 2021. That could be an AR or VR device, as Apple has been developing both, but again, with Facebook pushing for a 2021 launch, many are now predicting that this will be Apple's AR glasses.

Apple has some advantage in this respect, with the glasses essentially acting as an accessory to the iPhone, while Facebook would need to either develop an entirely standalone device or pair it with its mobile apps. Which would then necessitate piggybacking off iOS or Android to some degree - and given Facebook's more recent, public stoush with Apple over its coming IDFA changes, that could also lead to challenges for the Aria project.

But clearly, Facebook is anticipating a 2021 release, which will help to further the company's broader mission to merge social connectivity from its current state, and into the next level of connection, which is full environment mapping in VR, via Facebook's Oculus platform.

The roadmap for Facebook is clear, but you can expect that Apple won't be keen to let Zuck and Co. take the lead, especially given the advances it's reportedly made on its own AR device over the years.

Either way, the launch of fully-enabled AR glasses seems more like a 'when' not 'if', which will likely make AR a much bigger consideration in many respects. Indeed, according to projections from ARtillery, mobile AR ad revenues are expected to reach $8 billion by 2024, up from just $1.4b in 2020. 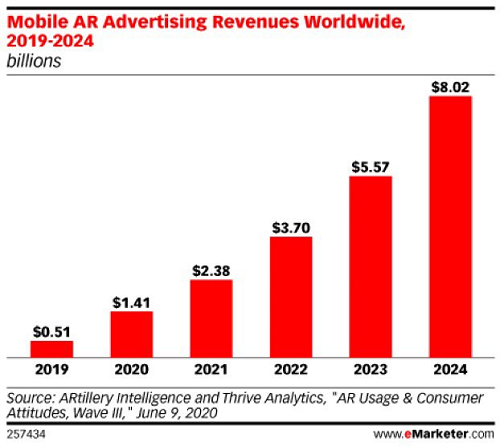 Of course, consumer AR hasn't always worked out - Google Glass fell flat despite many applications for the tech. But with advances in capacity, it seems likely that the next wave of AR glasses will see significant take-up, which could change the game for advertisers and markers, and how they connect with the consumers of the future.

It's definitely not a given as yet, but the rising chatter suggests that AR will become a key trend in 2021. If you're not paying attention, and you haven't considered how AR might fit into your digital marketing strategy, it may be time to start looking into what that could mean for your business.