I want to start this post by noting that we do not endorse this activity, and we take no responsibility for people flooding Twitter with ridiculously long tweet threads which would have been better left as blog posts. 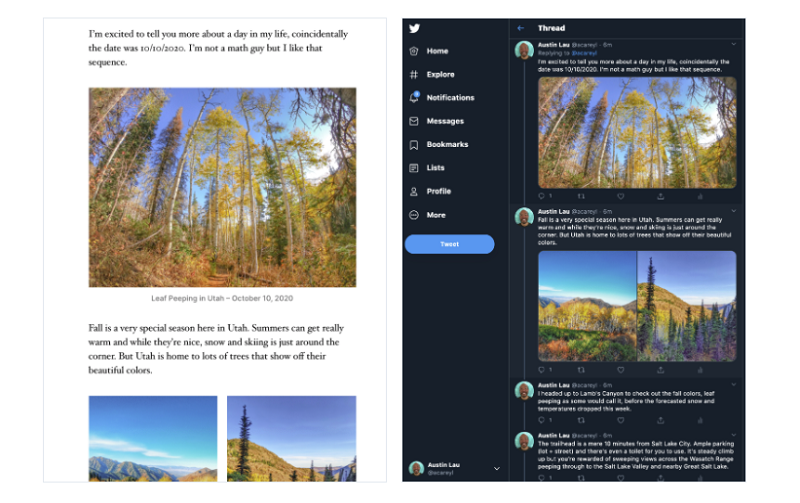 As you can see here, the new process will essentially convert your WordPress blog post into a tweet thread. Any images or videos you include in your post will be added into the thread, in relation to where they're embedded in your original post, while you'll also be able to see where your tweets will split up your post before sharing your tweet stream. 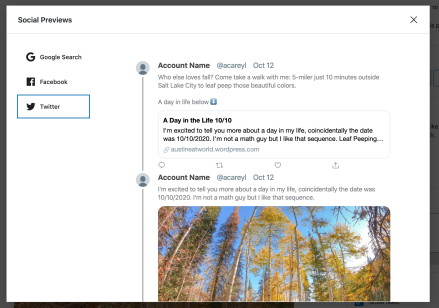 Why would you want to do this?

I mean, some people like tweet threads, and it could provide you with another avenue for promoting your content and sparking conversation on the platform. But you'll also be losing all your site traffic - rather than using Twitter to drive people back to your website, where you can assess relevant metrics, determine strategic direction, monetize your audience, etc. Instead of this, you can now give people the opportunity to read your stuff on Twitter instead.

I don't really know if that's overly valuable, but if you have a highly engaged Twitter community, and you want to boost your content reach in a new way, maybe it's a good option. Twitter's generally not a great driver of referral traffic anyway, so maybe, this could be a good way to maximize content engagement without losing too much in terms of site visitors.

It actually seems more likely that the reverse could be beneficial - an option to convert your Twitter threads into blog posts. Which is also possible.

So, it's something to consider - and it's also something to keep in mind when you start seeing long-running tweet threads appearing in people's feeds. Again, we don't recommend this, and suggest that the option be used only for shorter blog posts.

But the capacity is now available for such, either way.