After initially not making any big moves at the peak of the live-streaming trend, YouTube’s now shifting gears as it looks to maintain its position as the online video leader.

Last month, YouTube announced new live-streaming replay, discovery and monetization tools to help boost their streaming options. And now, YouTube’s rolling out new ways to make it easier to stream, both from desktop and via mobile device.

First, for desktop users – YouTube’s making it easier to start a live stream with a new ‘Go Live’ button. 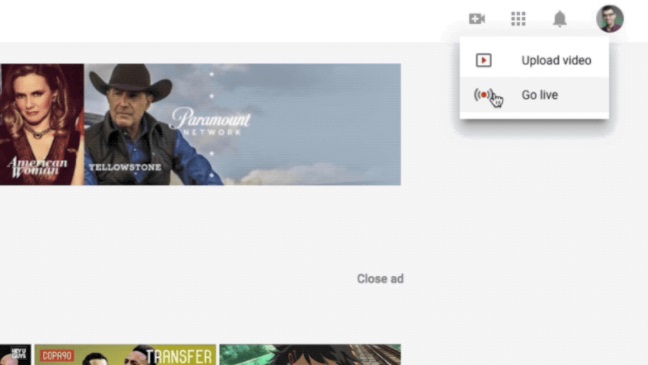 “If you’ve ever tried to set up a live stream from your computer using an encoder, you know there can be a few steps involved. Today, we’re making the process as easy as a couple of clicks. Just head over to youtube.com/webcam or click on “Go live” in the YouTube header to start your stream. You don’t need any additional streaming software or extra set up.”

The new process will make it easier to share your content via YouTube, and will be great for material where you need a stable camera setup (beauty bloggers, product reviews, etc). Of course, you can go live via Facebook from desktop too, so it’s not necessarily a functional advance. But still, it provides a new consideration for live content – and with 1.5 billion monthly users, and a bigger opportunity to get your content onto people’s home TV sets (YouTube says viewing of YouTube content on TV sets has doubled in the past year), broadcasting on YouTube is definitely something worth considering.

In addition to this, YouTube’s also looking to make it easier to go live from your phone – by streaming direct from your camera app.

“In the coming months, you’ll be able to start a live stream directly from the camera app in select devices from Asus, LG, Motorola, Nokia and Samsung. Our goal is to bring this feature to even more device manufacturers throughout the year through the new YouTube Mobile Live deep link.”

That may seem like a relatively minor addition, but how many times do you use the regular camera app in your phone, as opposed to switching into a social app or similar first? Having the capacity to stream straight from the camera will likely see more people using YouTube streaming – it may not be the thing that pushes YouTube above all other streaming options, but it’s another step, another addition to the process.

At launch, YouTube Director was only available in six U.S. cities, but YouTube’s now expanding that to more than 170 cities across America.

It’s an interesting initiative to push YouTube advertising – YouTube says the typical cost of this video service would usually run between $1,000 and $5,000, but they’re providing it for free in order to promote their ad tools. Essentially, YouTube’s banking on itself, and the platform’s capacity to drive results – while it may come at a cost to them in the early stages, if businesses see positive returns, they’ll no doubt spend more on YouTube ads, which, ideally, enables the program to run at a profit.

Both the new live-streaming options and YouTube Director have significant business potential, and are worth investigating. Facebook and Twitter may have been the loudest in live-streaming, but on balance, YouTube may provide a better option to reach audiences, while Director enables businesses to build better YouTube content, while also learning about essential video elements.