As Meerkat rose and fell, Periscope grew its offering, and eventually Facebook stepped into live-streaming, the online video leader, YouTube, stayed relatively quiet. YouTube did have various live-stream options available, but as users shifted into this new, immediate, ‘live-stream from anywhere’ trend, YouTube didn’t seem too concerned about taking part.

That is, until YouTube rolled out its improved live-streaming option in early 2016, and they’ve since worked to develop and evolve their live-stream tools in line with demand, catering to wider usage and incorporating YouTube’s already developed monetization framework to provide an advanced, engaging live experience.

And now, YouTube’s taking their live tools to the next level.

This week, YouTube has announced a range of updates for their live-stream offering – and interestingly, YouTube’s live video efforts are being assisted by former Facebook Live Product Manager Vadim Lavrusik.

First, YouTube’s adding the capacity to watch not only live replays, but accompanying replays of the live chat as it happened, alongside the video.

“Live chat plays a key role in creating connections between creators and their community, so we’re starting to roll out chat replay to YouTube, so you can follow the conversation even after a live stream is over. Live chat replays will show up alongside the video, exactly as it appeared live.”

Indeed, Facebook notes that their live videos generate, on average, 6x more interactions than regular videos, underlining that live video engagement. Those comments can definitely add additional context, so it makes sense for YouTube to incorporate them into their replays – you’ll also be able to turn them off if you choose. 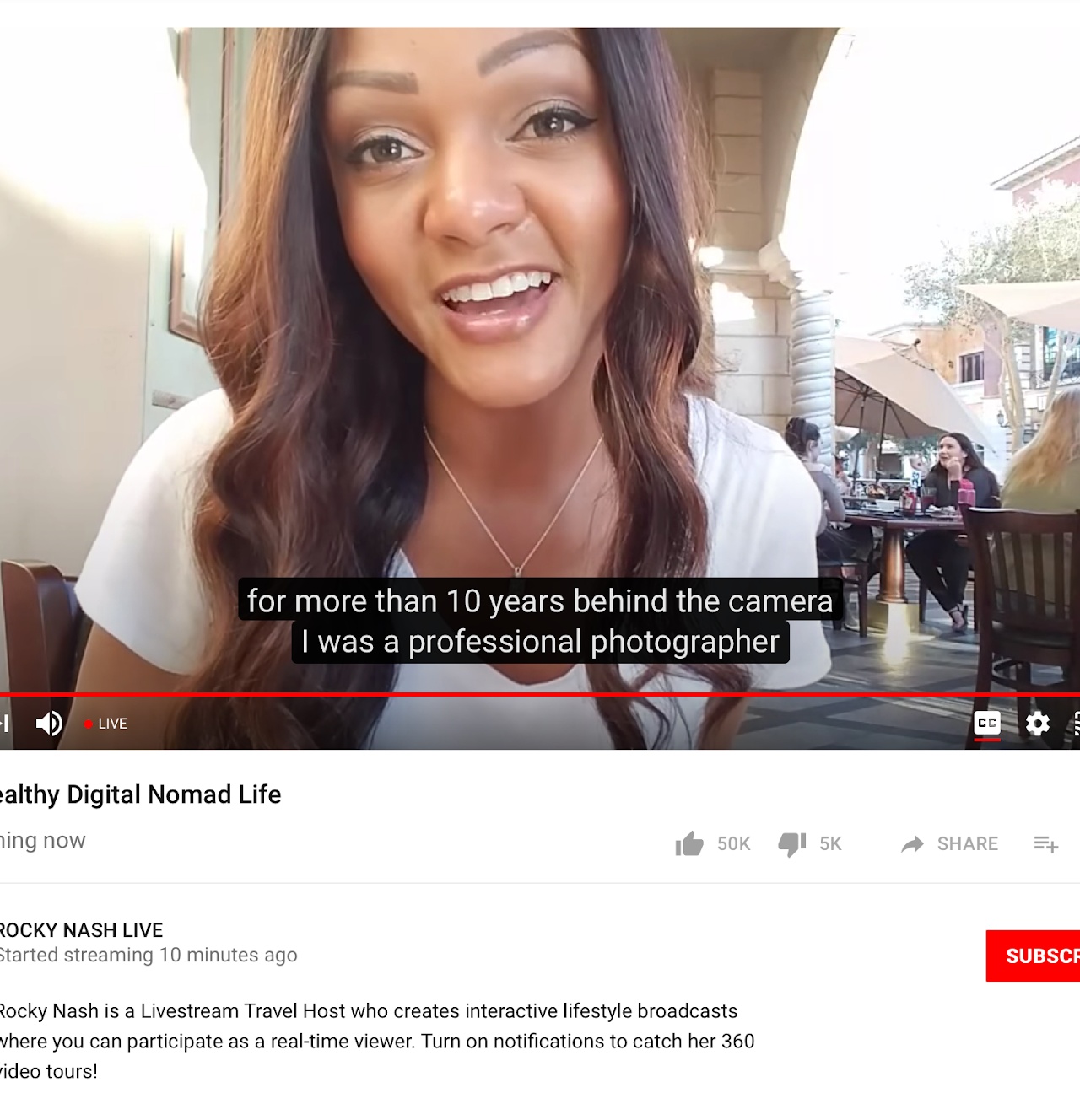 YouTube says their new, automated captions will provide creators with ‘a quick and inexpensive way to make live streams accessible to more people’.

“With our live automatic speech recognition (LASR) technology, you’ll get captions with error rates and latency approaching industry standards. We'll roll this out in the coming weeks, and will continue to improve accuracy and latency of automatic captions.”

Captions can be a great way to improve the utility of your videos, giving people a broader range of options for viewing, and understanding the full context of what’s being communicated. Automated captions, of course, are never 100% correct, but you can always edit or upload your own transcript to improve the quality.

Creators will be able to add a location tag to their streams and video uploads, which will enable users to explore other videos from the same location. Similar functionality has proven popular on Periscope and Facebook Live, particularly in times of crisis – by clicking onto a location, you can get a real, on-the-ground feel for what’s happening and what people are actually experiencing.

And the last new addition could lead to some of the most interesting uses of YouTube’s live-streams. As part of their Super Chat system, users will now be able to connect their channels using IFTTT, which will enable them to link their streams to other internet connected devices.

Last May, at Google’s I/O event, Google announced that the Super Chat API would be able to trigger real-world events – for example, a user could pay to switch the lights off on the streamer, fly a drone on screen, fire confetti cannon – basically control connected devices as defined by the broadcaster and connected through the API.

This could add a whole new level of interactivity through live-streams, taking it beyond the aforementioned comments. Live-streaming is already one of the best ways to connect with an audience, but the added capacity of control over devices could take it to another level. It’ll be interesting to see what people do with the new option.

As noted, YouTube never seemed to be too concerned about the initial live-streaming push, but they’ve slowly gone about building their live offering, and may have utilized the advantage of learning from other businesses’ missteps before pushing their own live tools. Now, with Periscope seemingly on the downturn, and Facebook Live usage stagnating, YouTube may be poised to elevate their live offering with advanced options, and better monetization tools – along with YouTube’s massive, video-focused audience.