Why the Focus on In-Stream Purchases and One-Click Buying in Social Media? 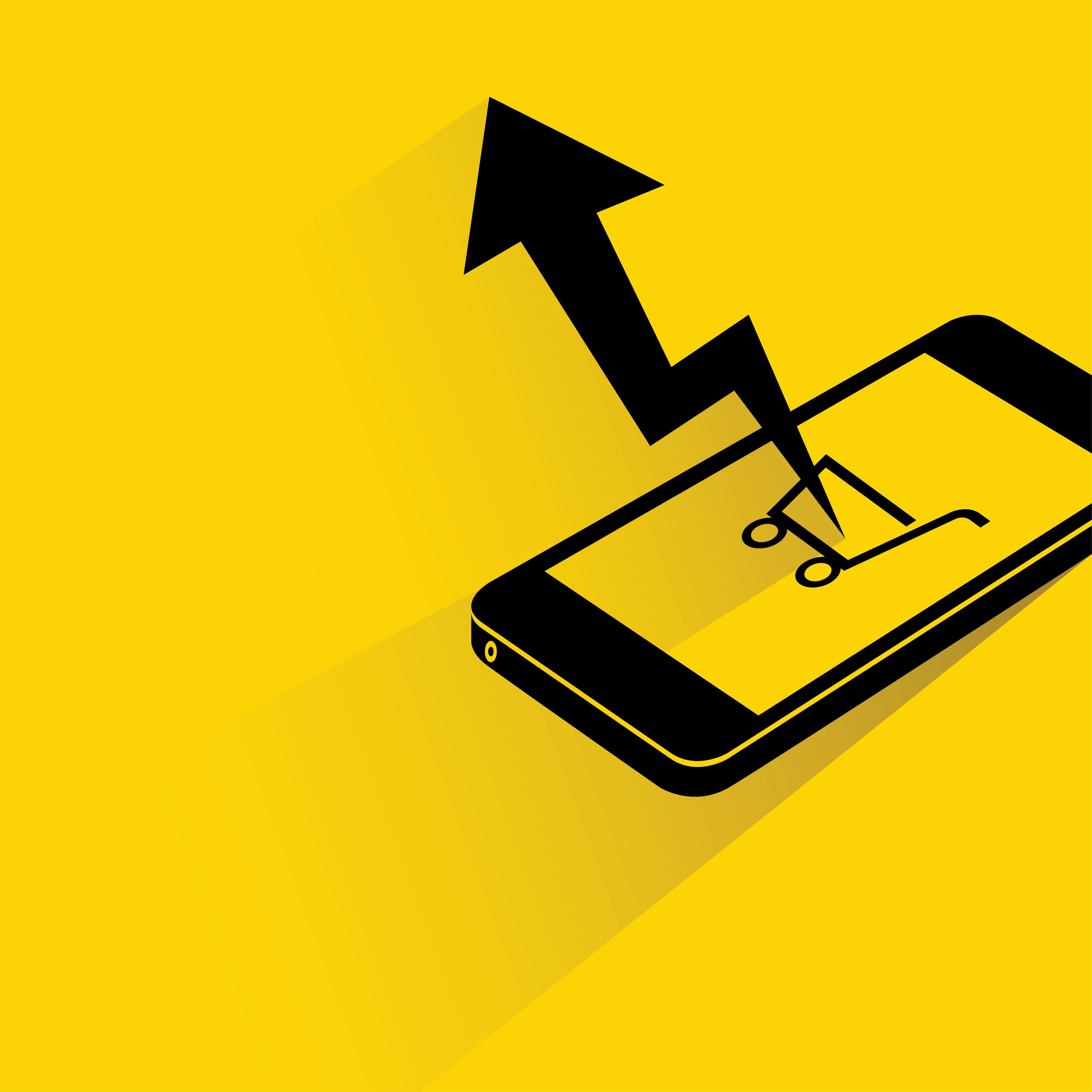 One-click buying is cropping up everywhere these days. There's Facebook's efforts to introduce streamlined purchase options in-stream, Twitter trying to do the same. Google recently announced 'buy' buttons to search ads. And just this week, both Instagram and Pinterest released details of their plans to introduce streamlined purchase options direct from user feeds. One-click purchases will soon be everywhere across the social web, in varying forms, leading to a massive increase in impulse buying, with a percentage of each sale going to your platform of choice. But why all the fuss? Will one-click purchases really have that big an impact?

One-click purchases were pioneered by Amazon in the late nineties. The Amazon team worked for years to build a working, one-click buying system - Amazon CEO Jeff Bezos was of the view that the easier the path to purchase, the more likely conversion would occur. And he was right - Amazon's revenue has increased, year-on-year, since the company was founded, reaching $88.99 billion in sales in 2014, and while Amazon's growth can't be totally attributed to one-click purchases, the innovation has played a significant part - so significant, in fact, that Amazon patented their '1-click' process in 1999 and has fought hard to stop others using similar processes ever since.

One of the first companies officially licensed to use Amazon's '1-click' patent, however, was Apple. Apple CEO Steve Jobs was determined to streamline the buying process in order to maximise the success of iTunes, and was able to negotiate a deal with Amazon to utilise their one-click buying methodology. Again, while it's not possible to definitively attribute the success of iTunes to one-click buying, iTunes revenues went from $4 million in 2002 to $6.3 billion by 2011. Jobs saw one-click buying as a requirement for iTunes, an evolution in the buying process that needed to happen, and ease of purchase has definitely played a part in iTunes' overall success - even if you were to only attribute 1% of overall sales to this innovation, that's still a significant amount ($889 million in the case of Amazon), and it's fairly safe to say it's impact has been greater than that.

What's more, streamlining the purchase process has become one of the biggest differentiators in the modern marketplace. Services like Uber and Cover enable users to pay without ever physically exchanging money or cards in any form. Payments are made automatically via back-end linkage to the POS services of the providers, all you need to do is show up, order, and the payment information is sorted via the exchange of binary code, totally independent of your physical presence.

Reducing the steps in the path to purchase can only be a positive for the customer experience, and provided it's secure and works with no hiccups, it's easy to see this becoming the preferred method of purchase in years to come. Eventually, you won't even need to carry any money or cards - your phone will be more than enough to track and log all purchases for you. You probably won't even need to take it out of your pocket.

One of the most obvious benefits of one-click buying, from a business perspective, is that it increases incidences of impulse spending. There have been various surveys on the significance of impulse buying over the years, with some suggesting that upwards of 88% of us will often buy things that we don't need or didn't plan to buy. We all know the affect an impulse purchase can have - you think supermarkets put all those candy bars alongside the checkout for no reason? No, around 1% of all supermarket sales are made at the check-out counter, with 30% of those being candy bars (followed by magazines and drinks). Again, 1% seems like a small amount, but we're talking 1% of all supermarket revenue - for Walmart alone, that's around $4.82 billion - and that's before we even get to the other impulse buying options littered through the supermarket aisles.

Impulse buying has always played a significant part in overall sales strategy, and it's potentially more of a factor in the era of mobile connectivity. A study conducted by Rackspace in 2012 found that almost one-fifth of respondents believed mobile devices had increased their propensity to make impulse purchases. That makes sense - having the ability to quickly and easily buy songs, apps, even clothes and books right there in your pocket is no doubt a tempting draw, particularly in people's down-time or waiting periods in transit. Given this, the logic behind empowering people to purchase items direct from their social media feeds couldn't be more sound, from a platform perspective. Give people the opportunity to buy now and they're going to use it, and the easier you can make it, the fewer steps it takes for them to go from 'I want it' to 'I have it', the more successful the addition is going to be.

So far, the click-to-purchase options proposed have all had varying numbers of steps in process the chain. Facebook introduced the ability to make payments via Messenger earlier this year, which involves registering your credit card, debit card or PayPal account with Messenger. This move is likely the first step in Facebook's grander plans to integrate more on-platform payment options - if your payment details are already registered, it's not a huge step for Facebook to provide more direct 'buy ' options in ads, enabling users to make purchases without ever leaving their News Feeds. They've been moving in this direction for a while now, and definitely, hosting e-commerce is set to play a bigger part in Facebook's future. They've also introduced Messenger for Business, which will enable users to send money to companies via Messenger - it won't be long till all the ads you see in your News Feed include a bright, shiny 'buy now' button, tempting you to click, purchase and move on with your Facebook experience.

Twitter's been testing 'buy now' buttons for around 9 months, and while they're not flooding through streams just yet, they are making progress and advancing the business model for their in-stream shopping option. In the cases of both platforms, there are still some advances to be made in streamlining the process in order to make it a truly frictionless transactional exchange, but it's coming, it's progressing along that path at a rapid rate.

Both Instagram and Pinterest this week showed off their upcoming e-commerce integrations, with Instagram's 'Shop now' option taking users to a mini-browser within the app to work out the required purchase details, as opposed to a complete in-stream buying experience. Pinterest's 'Buyable Pins' meanwhile, will enable users to buy products direct or add them to a wishlist. Pinterest showed mock-ups of their payment system design at a recent MIT digital conference, and announced shortly after that the new offering will go live within the next month.

The ability to purchase in-stream is likely of more significant value for these two visually focussed platforms. Image-based platforms are generally fuelled by aspirational desires, so having the option to buy items, right there, would have a lot of itchy trigger fingers twitching atop mouse buttons. Pinterest, now one of the biggest recipe sites on the web, has made specific note of their intention to build in the ability for users to purchase items required for recipes, right there as they look - which makes perfect sense, and would be widely adopted. The ability to buy, in-stream, would also increase the marketing importance of things like Guided Search, as the value of being in the right streams would be significantly higher if users could make purchases at the end of each search chain. While there's still a way to go, I'd expect to see both Instagram and Pinterest making big strides towards streamlining and maximising in-stream purchase options sooner rather than later - in both cases the inherent value of such options is major.

There's also one other significant motivator for social networks to introduce in-stream payment options - the ability to cut down costs for merchants. Hootsuite CEO Ryan Holmes noted this, saying that:

"The credit card industry is ripe for disruption, and given the $40-50 billion a year they make off interchange rates, there is potentially an enormous payout for social media companies moving in this direction."

If social networks were able to reduce the costs merchants pay to enable credit card transactions, that's just one more reason for businesses to conduct more of their activities via social networks. The case for pushing social media e-commerce is solid, and it's evident that this is an area where we're going to see major growth in coming months, and likely, major opportunity for brands.

Make no mistake, this is an area all businesses should be watching, there are developments that will be of relevance to all areas of e-commerce. And as more purchases are being made online, it's likely that these changes will impact your business, in one way or another.