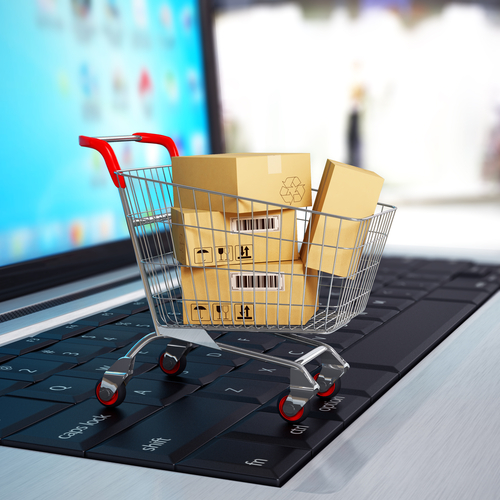 A new report from BI Intelligence has found that while social media only drives a small share of total online retail sales at present, its impact is becoming "impossible to ignore". BI's report shows that social-driven retail sales and referral traffic are rising at a faster pace than all other online channels, with social increasing its share of e-commerce referrals by nearly 200% between the first quarters of 2014 and 2015.

Make no mistake, social is going to play an increasingly important role in online sales, and new direct buying options, like those recently announced for Instagram and Pinterest, will only accelerate the importance of retailers utilising social platforms to connect and convert.

Among the findings in BI's report, their researchers found that while mobile use is well up, users are still not engaging with mobile content at the same rate they do via desktop. BI's stats show that social media users are 35% less likely to share a brand or retailers social post on mobile than they are on desktop PCs. This, of course, may be an ease-of-use factor - it's much easier to cut-and-paste and navigate multiple tabs on a desktop PC, which may also make it easier to share relevant advertisements or offers, but it does underline the fact that while we are in a mobile world, you still can't ignore the value of desktop use.

On the flip-side, the figures may also indicate that businesses are not yet utilising mobile to best effect - simplifying the buying process, by utilising things like one-click and in-stream shopping may go a long way towards maximising the potential of mobile attention and better monetising your mobile audience. Mobile use is definitely where people are headed, how brands maximise that, through improved user experiences, will play a big part in increasing overall conversion rates via that medium.

BI's figures again underline that Facebook is the dominant social commerce platform. The Social Network is responsible for 50% of total social referrals and 64% of total social revenue. Despite changes to organic reach and advertising options, Facebook's audience is simply too hard to ignore for most businesses - if you're not active on Facebook, if you're thinking about shutting down your Facebook page or spending less time there, these numbers might make you think again. 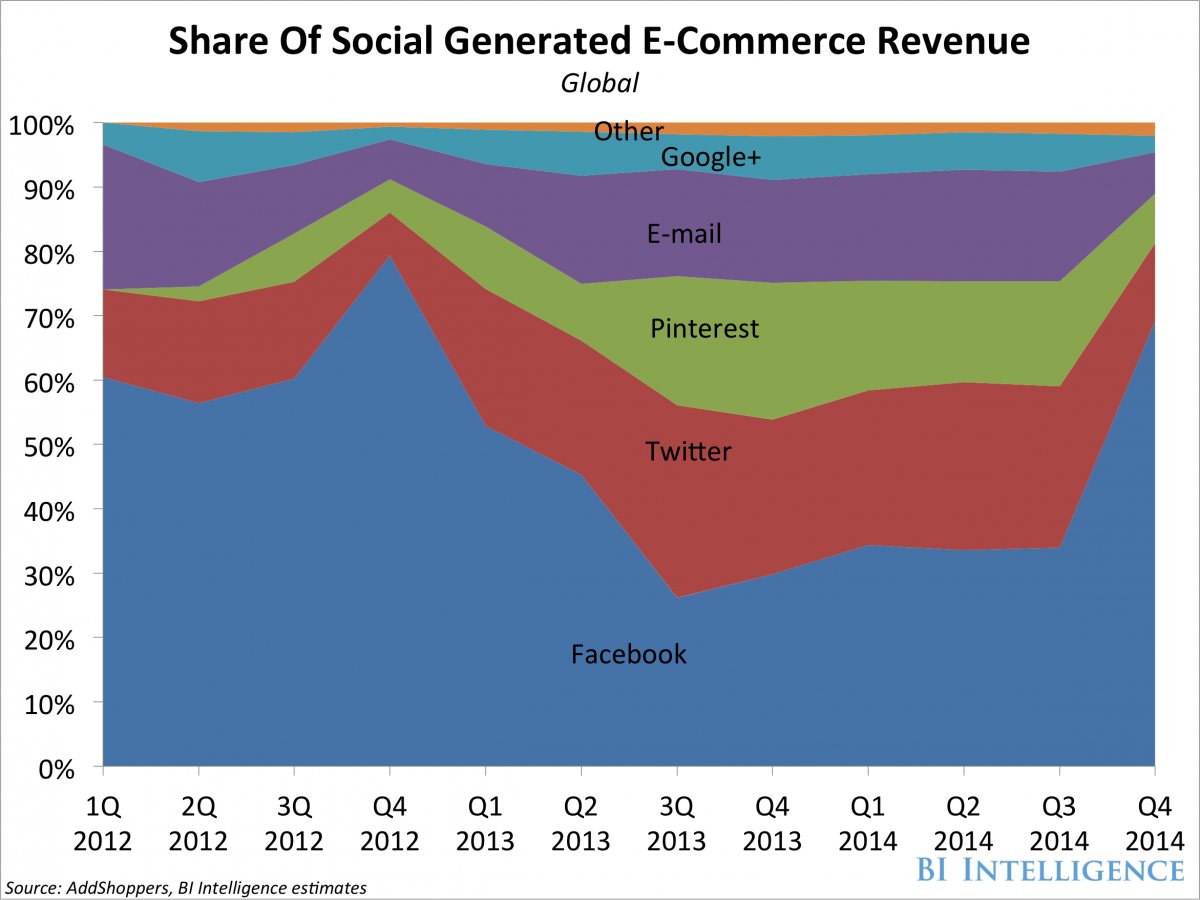 Even if you're not seeing the returns you once did via the platform, not seeing the reach you have previously, having a presence on Facebook still remains crucial, and will continue to be important as social search becomes more prevalent. Facebook is doing all it can to keep users within its walls, to keep them on-platform for longer - part of that effort will include improved search and recommendation options. If you don't have a page on the platform, you'll likely be losing out as people simply won't be able to find you.

The BI report also highlights the aging demographics of Facebook, noting that as average user age increases - with both older people becoming more active on the platform and younger generations growing into older brackets - The Social Network could become an even bigger player in retail marketing.

BI's report highlights Pinterest as a major social commerce player, despite their smaller user base in comparison to other platforms. The report suggests that Pinterest drives 16% of social revenue despite having a much smaller audience, and suggests that Pinterest's newly announced 'Buyable Pins' could make it a much bigger player in the online retail market, one that all retailers should be paying attention to.

The report suggests that Twitter is losing some of its sway among retailers, though it still has solid growth potential in event marketing, particularly around sports events. This is no major surprise - Twitter has long been seen as the leader in real-time and event coverage, and will continue to dominate this space, being the location where 'everything is happening'.

It's clear that Twitter's true strength is in real-time marketing, and linking that positioning to actual events, as they're happening, will be a powerful and effective draw - the BI report highlights how NFL and NBA teams have used Twitter to sell game tickets and merchandise tied into big events, and this seems the ideal utilisation of its market position as the real-time and event master.

Twitter is a powerful and important network, and while the figures may suggest the micro-blogging giant is losing some influence among mass-market merchants, there are still a wide range of possibilities and opportunities being afforded via tweets. As outlined recently by Twitter investor Chris Sacca, there are many ways the platform can capitalise on its market position to build audience, it's effectively monetizing that audience that poses a more significant challenge, but highlighting the platform's strength in live and event marketing seems a logical direction to take.

The report makes some interesting notes on Instagram and the platform's growth. First, BI's report suggests that Instagram is not yet driving significant sales activity. This makes sense, Instagram doesn't have a dedicated business focus or platform - it's focus has been on user experience and maintaining the simple functionality that users have come to love about the network. But it has been working on developing that experience, building in new features like Hyperlapse, improved filters and emoji support. What the BI report does note, however, is that an increasing number of brands have been using Instagram for branding purposes - so while Instagram has never been focussed on monetisation, as such, the growth of the platform has clearly not gone unnoticed by brands, who are seeing significant potential in its ever-growing monthly user base of 300 million 'grammers.

And now, the Facebook-owned platform is taking the next step.

Last week, Instagram made the major announcement that it would be extending its advertising options to include improved targeting and in-stream shopping options, and while the in-stream shopping feature is still in its early stages, it holds the potential to significantly alter the growth trajectory of the image-based platform. Given its rapidly rising user base and increased on-platform engagement, Instagram is on track to become a major player in online retail. It, along with Pinterest, may soon be taking up significantly more space in total share of social generated e-commerce revenue.

Interestingly, much of Instagram's growth has been attributed to users leaving the noise and advertising of Facebook. In essence, Facebook is driving users from one network to another - either way, Facebook wins.