Always outnumbered, never outgunned. A week after Pinterest (and Facebook-owned Instagram) unveiled their soon to be released in-stream buying options, Facebook has announced that it will expand beta testing for its on-platform 'Buy' button, enabling US-based Shopify merchants to utilise the option in their Facebook campaigns. Shopify users will be notified of their eligibility via a notification on their Shopify home screen and then, once Facebook has been added as a sales channel to their Shopify account, users will be able to "start posting products with buy buttons, promoting those posts with paid advertising, managing all the customers and orders that come in from Facebook, and more". 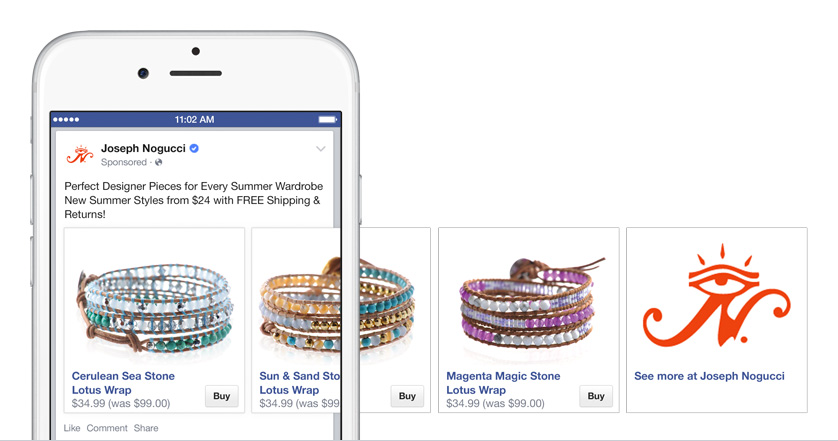 The move signals the next evolution of Facebook's on-platform selling experience, and the latest step in their mission to keep users within Facebook's walls, rather than skipping off to other sites. Shopify, which hosts more than 100,000 businesses across 150 countries, will provide an ample testing ground for Facebook to refine and perfect their in-stream shopping option before wider roll-out, in what may prove to be a major boost for sales conversion rates - while also helping to fend off any potential competition in the space from Pinterest.

Interestingly, Facebook's announcement comes at the same time as a new report on e-commerce shows that Americans are shopping more time shopping online than ever before. Media relations company Walker Sands has released its 2015 Reinventing Retail report which looks at the state of online retail in the US. The survey, incorporating the views of more than 1,400 consumers, found that 68% of those surveyed now shop online at least once per month - up from 62% last year. Further, the report also found that 28% of consumers now shop online once per week or more.

It's data like this that has the social media giants pushing hard to make the leap into in-stream purchases - harnessing that increasing demand will yield significant benefits for the company that can best streamline the purchase process and maximise user experience. When you consider also that social e-commerce referrals have increased by nearly 200% between the first quarters of 2014 and 2015, you can understand the mounting drive for social platforms to perfect this process.

Online Shopping: The Next Generation

Another interesting element of the Walker Sands report focuses on future trends. The researchers asked survey participants for their thoughts on drone deliveries, when they'd come into effect and how much they'd be willing to pay to receive a package via drone, if delivered within an hour. 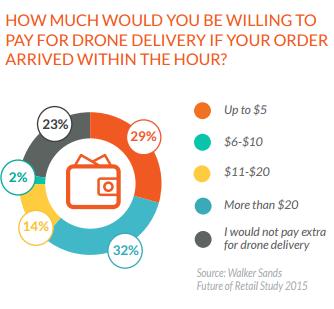 Respondents were also asked how they felt virtual reality would change the online shopping experience, with more than a third saying they would shop more online if they were able to try products, virtually, before buying. Additionally, 22% indicated that they'd be less likely to visit a physical store if virtual reality were able to competently simulate product testing. Such advances look set to further increase the amount of purchases being made online, again highlighting the rising emphasis on utilising social media platforms to facilitate commerce.

In the recommendations from the Walker Sands report, they note that:

"With consumers shopping online more frequently and spending more across an increasing number of product categories, retailers that remove as much friction from the online shopping experience as possible will capture the most additional sales."

This is the key element for social media platforms to consider and perfect. Facebook's move to expand their program with Shopify users is a clever one, as it enables them to gather more results and refine their systems while accommodating a single, standardised e-commerce platform, rather than trying to build their system to fit all of them at once. Using the results of these tests, Facebook will be able to get an overview of what's working, what products people are most interested in purchasing via Facebook, while also enabling them to solidify their process in a controlled way. Given their market position, Facebook's already in the lead, and it's testing like this that has them positioned to come out on top in the on-platform purchase race.

Consider, too, that Facebook Messenger this week hit one billion downloads, joining only WhatsApp, Gmail, YouTube, Search and Maps in hitting that mark. Facebook's already unveiled their payment system for Messenger, while also opening up the platform to developers. As demand for social media commerce evolves, it's Zuckerberg and Co that look best placed to occupy the driver's seat.