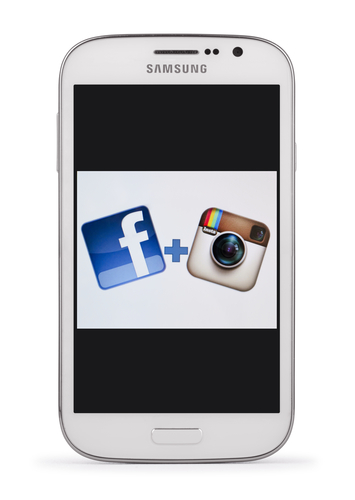 Get ready, your Instagram advertising options are about to get a lot more specific. Ahead of the Cannes Lions Festival this week, Facebook's Vice President of Global Marketing Solutions Carolyn Everson has said that Facebook's targeting data will soon be available for use on Instagram. Facebook already uses some of its data for ad targeting on Instagram, though it's limited to basic age and gender - Everson says that's about to change , with the "entire suite of Facebook targeting on Instagram over the next few months". That update is likely to cause a significant shift in the social advertising landscape.

Right now, Instagram is the fastest growing social network, significantly increasing it's share in most demographic brackets over the last year. Users disillusioned by Facebook's organic reach declines and increases in adoption among older demographics (read as: parents, grandparents and extended family) have turned to the visual-focussed network in droves, pushing it above 300 million active monthly users, placing it on par with Twitter in terms of overall engagement. That attention has drawn the eyes of advertisers, with some projections suggesting the platform has the capacity to be generating $US1.2 billion in ad revenue by next year, rising to $US4 billion by 2018. Such returns would be a welcome addition to Facebook's bottom line, which purchased Instagram for what was considered a "crazy figure" of $1 billion back in 2012. However, one of the elements that has worked in Instagram's favour thus far is the lack of advertising and marketing content, something that the platform is very aware of and will be treating very carefully as it takes the next steps towards further monetization.

The first moves on this front have already been made, with Instagram recently announcing 'Shop Now' buttons, enabling users to buy products direct from their feed. At the time of that announcement, Instagram also announced a new API platform to assist advertisers with ad management and targeting. Instagram has been working to integrate more of Facebook's data for some time, beginning with their ad campaigns earlier this year that showed an image to users on Instagram, then targeted those same users with ads on Facebook - that type of integration is likely to become more commonplace, with Everson's announcement flagging the company's intention to move Instagram ads more towards Facebook's regular targeting capacity, enabling cross-matching of user profiles to find people specifically interested in your offerings on Instagram.

The progression is an obvious and logical one - Facebook has more specific user data than any other source in history - but it'll be a transformative change for the Instagram platform, one which signals it's maturity and advancement as a genuine player in the wider social marketing space.

The addition of Facebook-like targeting options for Instagram will change the approach for many social media marketers and advertisers alike. Fuelled by Facebook's ad archutecture, the ability to utilise Facebook's knowledge graph in a new way provides a whole new array of opportunities for advertisers who'll be able to hone-in and target Instagram users more specifically, based on their noted interests and likes. When you consider, too, that Facebook's data tracking is becoming ever more advanced, the possibilities of targeting via Instagram are extremely tempting - Facebook recently conducted a survey which found that Facebook 'Like' data can reveal more about your personality than your friends, even your family. In that context, it's likely that that same data will be able to provide a pretty clear image of what your target audience is interested in, in a visual sense, and which customers are more likely to be interested in your image offerings.

What's more, the data flow also works in reverse - Facebook's been working to beef up it's image recognition technology in order to learn even more about people's likes and preferences. Using Instagram as the source, they'll be able to build complex maps of what users are most interested in, what people want to see more of, and categorise specific audiences based on visual preferences. Such use of image data is likely to increase in future as the databank of Instagram activity helps Facebook build more structured frameworks around image preferences - soon, Facebook will be able to tell you what colours, what image subjects, what filters your audience prefers, and use that info to help build more complex psychological profiles in order to better focus your content.

In this sense, even without the projected monetization of Instagram, the platform is already providing Facebook with huge value. Given the rise in image-based content, it's clear that there's significant value in translating that content and establishing what works as a means of building a better audience tracking system. Both Facebook and Google are working to perfect this.

The Fans of the 'Gram

The addition of Facebook-like ad targeting for Instragram is definitely a significant move, and one which we'll no doubt learn more about in the near future - Facebook has set up a space resembling its Menlo Park headquarters at Cannes, hoping to lure more advertisers by highlighting the existing and developing opportunities available on Facebook and it's platforms. Instagram is a significant part of that puzzle, and, done right, could be the next big opportunity for social media marketing. The only real question is will they they risk alienating the burgeoning 'Grammer fan-base in the process?