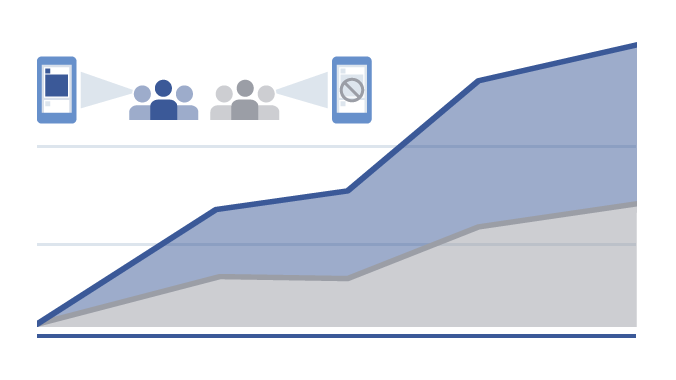 Back in January, Facebook introduced a new tool to help marketers better understand how, exactly, their Facebook marketing efforts were contributing to their bottom line. Called 'Conversion Lift', the measurement gives brands a more accurate view of Facebook ad performance by incorporating actual conversion data - as explained in the original release announcement.

"Conversion lift accurately captures the impact that Facebook ads have in driving business for marketers. Here's how it works:

So, effectively, the advertiser captures conversion information at the point of sale (for offline conversions) or by using a Facebook conversion pixel (for online) and then sends that data on to Facebook to produce a comparison report showing the impact your Facebook ads have had on actual sales. In doing so, Facebook is able to accurately chart the impact of not only direct clicks, but also exposure - if and how users seeing the ad went on to make a purchase.

This provides brands with a more all-encompassing view of the impact of their Facebook campaigns - as people often use various devices and purchasing options it can be difficult to track, definitively, how your Facebook ads have impacted. This solution aims to clarify that, and many advertisers have reported great success with this measurement approach. 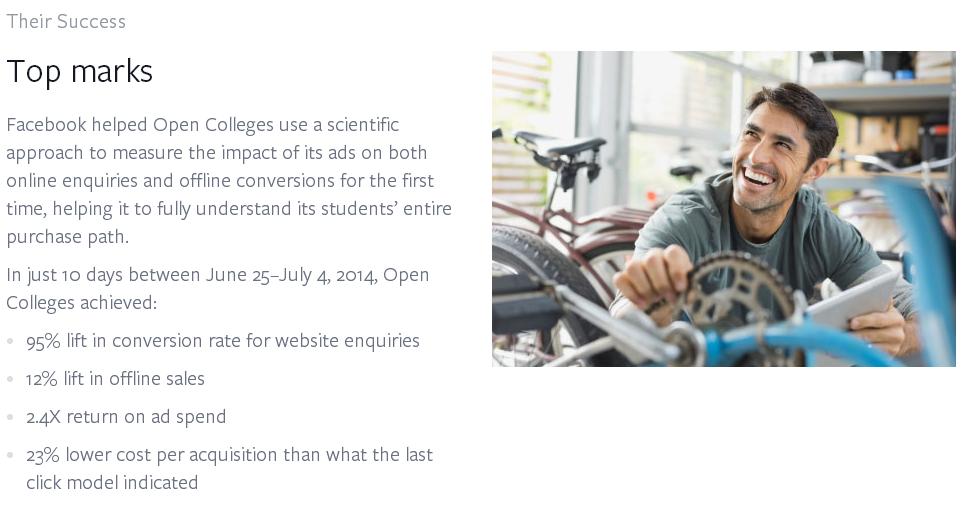 It's an interesting addition to the Facebook marketing toolset, and one with a lot of potential, but the limitation with this capability is that you're only comparing people who saw your ad against those who didn't. What about people who saw one version of your ad versus another? What about people exposed to combinations of your ads? Such insights would provide definitive data on what's working and what's not in your Facebook campaigns, and highlight the key areas worthy of more focus.

To address this, Facebook has today announced an update to Conversion Lift to provide advertisers with comparison data which shows exactly how each of their campaigns and ad approaches impact on their end goal.

"Up until now conversion lift studies have measured the effectiveness of Facebook advertising by separating an advertiser's audience into two groups: a randomised test group that sees ads and a control group that doesn't. This kind of study shows advertisers how effective their Facebook ads are at driving their intended goal. But now advertisers can compare multiple ads with the same objective against each other, so they can not only see if Facebook advertising is working, but exactly which advertising approaches work the best for their goal."

The new comparison tools enable advertisers to get more a more accurate understanding of not only how their Facebook campaigns are driving conversions, but also which campaigns, or combinations of campaigns, are driving results.

Facebook also provides some examples of how the measurements have been successful, using website platform Wix to demonstrate:

Such insights are of huge value - it's one thing to know your Facebook ads are generating reach and getting clicks, but it's another thing, entirely, to know how and which elements are leading to conversion. The idea of combining real world conversion data from multiple touch points is, really, where all brands should be aiming with their campaign measurement, and while Facebook's Conversion Lift metrics are not available to all advertisers (the announcement notes that interested parties should talk with an account representative to set up a lift study), it is the data all should be seeking.

On-platform results are one thing, but it's the campaigns that generate actual sales that are of most importance. Facebook's Conversion Lift metrics aim to highlight exactly that.