Facebook has published a new research report which provides some interesting food for thought for brands looking to make the most of social as an outreach platform, with a specific focus on video content.

The report, entitled "New medium, new rules: video advertising in the mobile age", highlights the need to understand changing consumer behaviors - and not just in terms of the mediums through which they're consuming media, but also the way they use each specific medium, and how advertisers can tap into that to produce better results.

For example, the first key finding of the report relates to TV consumption, and how active Facebook users are during TV shows.

"We looked at the Facebook activity of 537 people who said they watched the season premiere of a popular TV show. During every advert break, their use of Facebook went up." 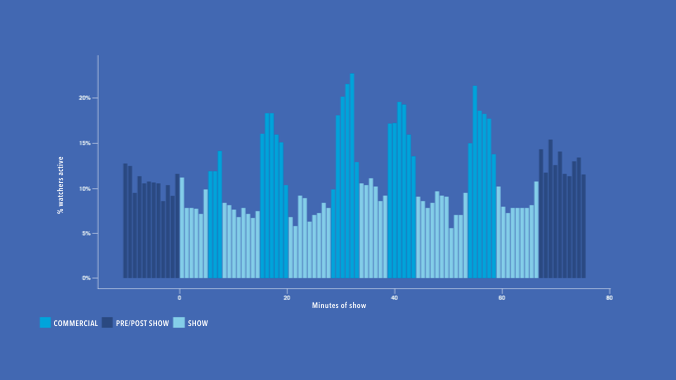 To confirm their findings, Facebook also looked at the comparative Facebook activity of those who didn't watch the show. 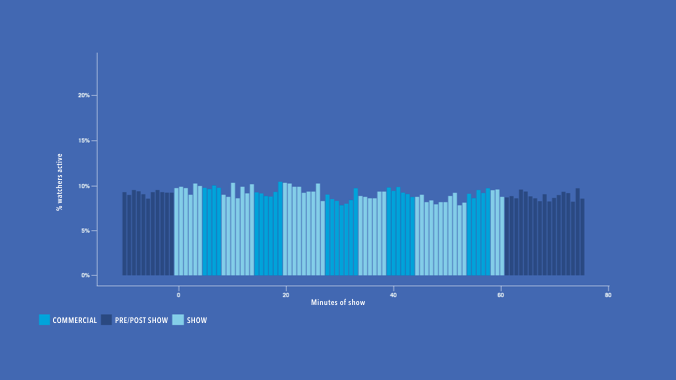 As you can see, users are, according to this data, diverting their attention away from TV ads - which is important to note because TV advertising, despite these shifting consumption habits, is still a $72.01 billion industry in the US alone. Essentially, Facebook's suggesting that that money might be better spent where people are paying attention - i.e. on Facebook - but there are some additional key data points in Facebook's report to also consider within this shift.

The wider shift at play here is mobile, and the way in which we've come to rely on our mobile devices as a constant entertainment alternative - when we're bored with something, anything before us, we can easily switch to our mobile device.

"On smartphones, people are in full control of what they see - where and when they want to see it. And they're exercising that agency at all times. When the TV no longer holds their attention, they're picking up their phone. Phone in hand, they're scrolling through feeds and moving between other apps and sites."

But that shift also puts more control into the hands of consumers - they have more capability to ignore what they don't like, to choose what they engage with, rather than being forced to sit through non-related messaging. That control has made it more important than ever for advertisers to align with user behaviors, because intrusive broadcasting is simply no longer as effective.

Highlighting this, Facebook notes that when videos auto-play on their platform, people watch them for 16.7 seconds on average, while they watch video ads on Facebook for an average of 5.7 seconds. That's significantly lower than the length of a regular TV commercial.

"Despite endless effort and deep expertise, no mobile platform has proven it can sustain run-of-the-mill. 30-second spots at the scale that TV once provided. TV spots that were designed for a captive audience struggle to hold attention on mobile and don't get watched all the way through."

In this sense, Facebook's not so much criticizing the comparative effectiveness of TV ads, but noting that with attention shifting to their mobile device, the means in which you deliver your messaging has to change. Consumption behaviors have evolved - you need to evolve your messaging in-step.

In order to succeed in this new landscape, Facebook has provided some key best practices to consider, which they developed after speaking with some of their most successful advertisers.

This is along the lines we've heard many times before - with consumer attention rates declining, you need to grab them in the first few seconds in order to stop them as they scroll through their feed.

This is in line with the rise of user-generated content and influencer marketing - the approach that works best is often aligned with the reasons why people are going to these platforms in the first place, and that reason isn't to be served ads.

Look at what's working - not just for brands but for general posts - and try to incorporate that approach into your strategy to ensure you're providing the types of material that people want to see and engage with.

2. "Re-organise to test and measure adverts on a weekly cycle, not every six months."

Given the pace of evolution in the social space, it's important to be reviewing your performance on a regular basis. A longer-term strategy will give you more data for assessment, but it may also mean you missing out on major trends and shifts of relevance to your brand or campaign.

In order to maximize your social marketing performance, a level of agility is required, in order to quickly align with the latest trends and address responsiveness - or lack of response.

If one of your posts is doing well, it makes sense to promote it quickly and maximize your performance. If you're seeing a trend in your posting patterns, better response at different times, align your strategy with those shifts.

It takes more work to be constantly assessing and refining, but given the real-time, responsive nature of social, you have more opportunity than ever to do this. And the benefits can be significant.

This is a key point:

"Each new mobile format (e.g. News Feed, Stories, advert breaks, TrueView) has different consumer expectations and behaviours. Be careful of false equivalences or standards between them that can blind your organisation to their unique nature."

Understanding audience expectation on each platform is key, and again harks back to the previous point - you'll only be able to harness the potential of this through constant evaluation.

Establish an understanding of what works best on each platform and double-down on that which is producing results.

This final point is along th same lines as the vanity metrics debate - while it's great to get Likes and followers, at the end of the day, it's how many of them you can turn into customers that really counts.

"An advertiser's ability to measure the right things properly will be the biggest predictor of their mobile advertising success."

Don't sweat the small stuff - make sure that every decision and direction you take is driven by your end goal, and that each effort aligns, in a measurable, accountable way, to that key focus.

There are some great points here, worthy notes for anyone involved in social media strategy.