Pretty soon, the Olympics is going to dominate your news feed. Everyone goes gold medal crazy over the two plus weeks of The Games, with patriotism set to flow through, with streams of your national colours woven into virtually every update and post.

And, of course, as with anything that dominates our attention, brands want in.

So how can brands build an effective strategy to capitalize on the Olympics? The first step lies in understanding how people are planning to consume and take part in the excitement of the event, where their eyeballs will be directed and what platforms they'll be paying attention to for the duration of the event. Facebook recently released a report looking at how their users plan to watch the Games, and now Twitter, too, has released research into how their audience will be following along.

They've combined their findings into two new infographics (below), but some of the key findings of their study include:

Twitter's also identified three key ways brands can engage with fans during the Games - by providing content that entertains, inspires and/or informs.

There's more information in the below infographics - the full Twitter post on the report is available here. 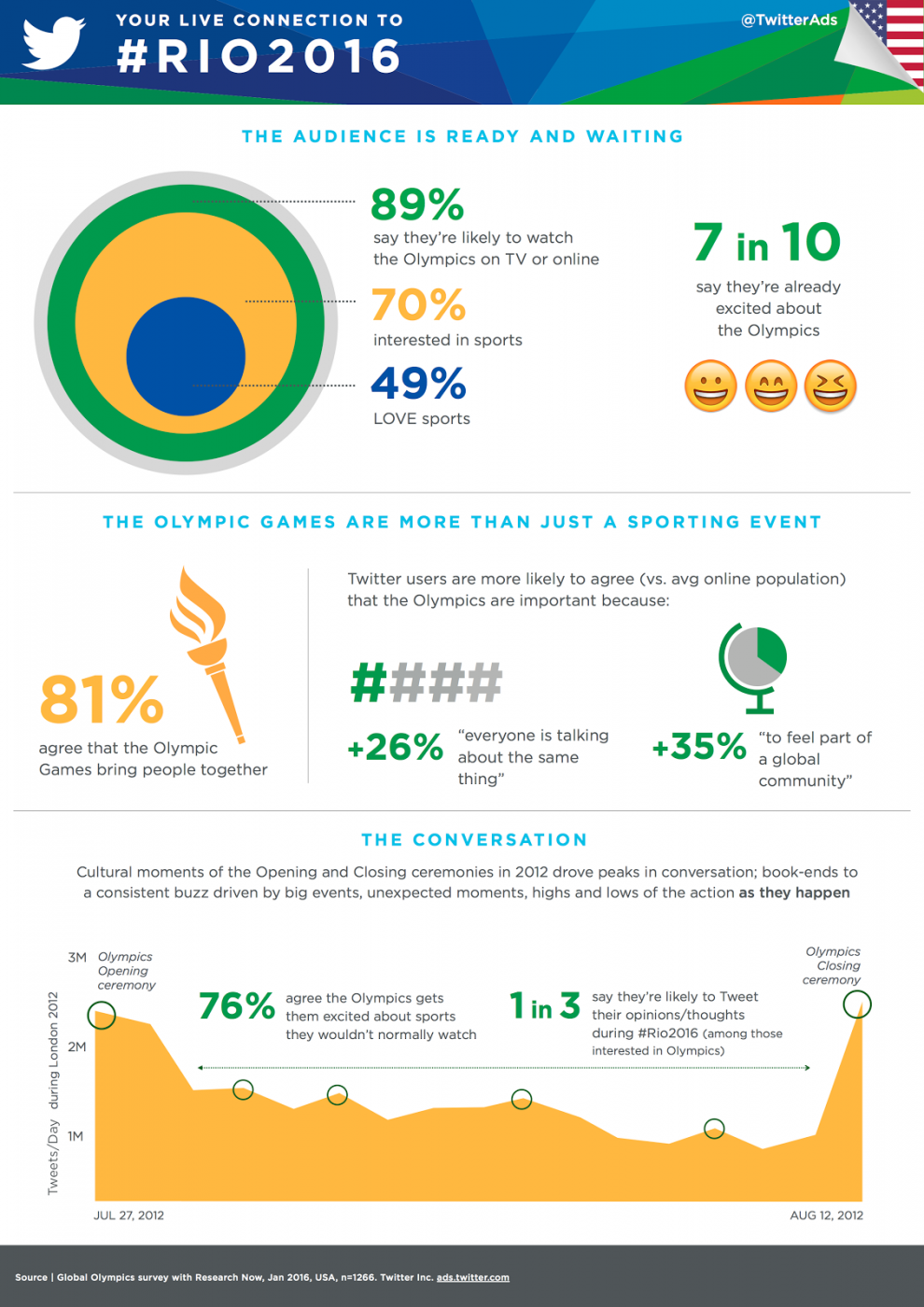 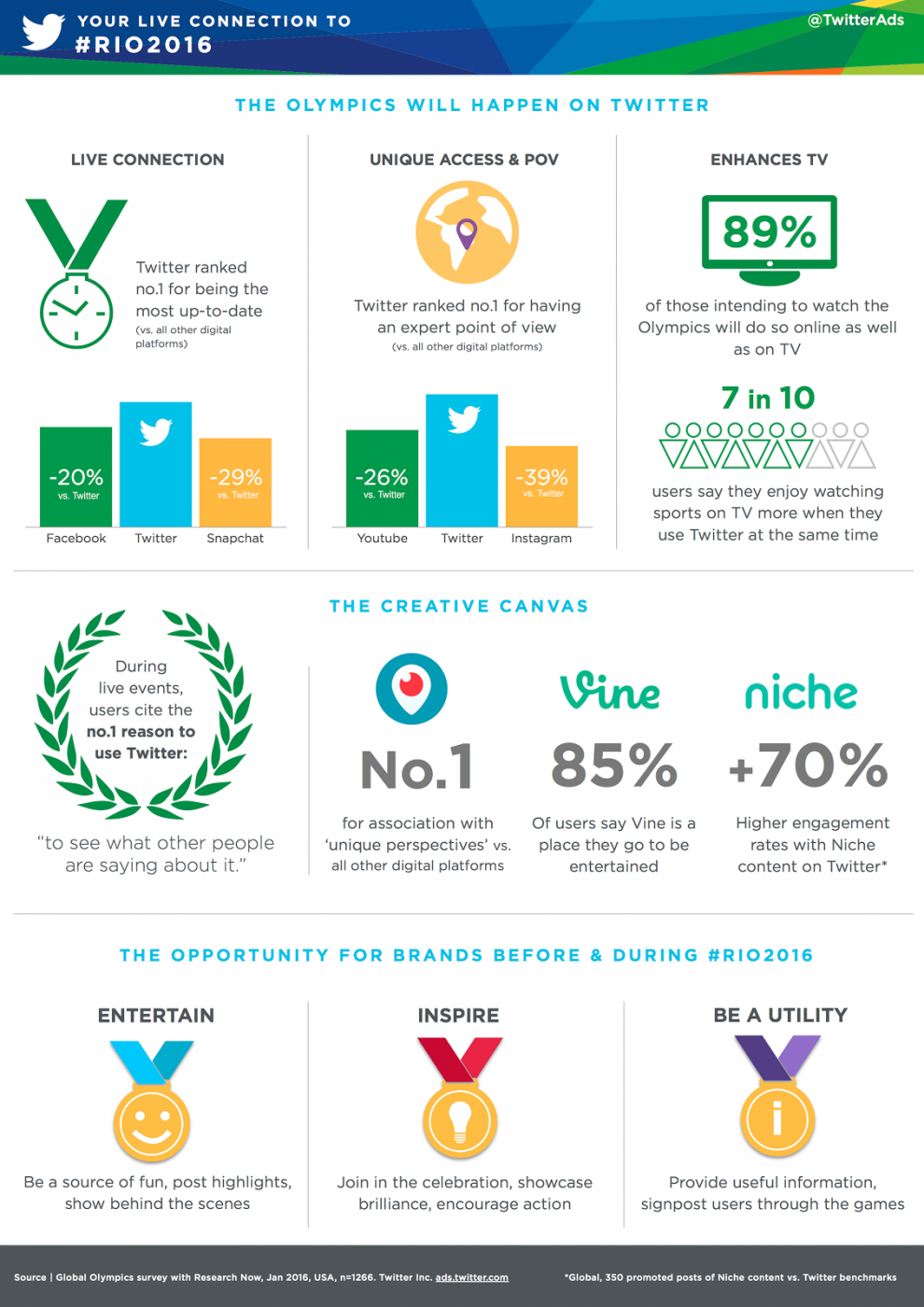