For some time now, Facebook themselves and various other commentators (including myself) have been talking up the impending impact of Messenger for Business. Following along the lines of their Asian counterparts, Facebook's planning to transform their Messenger platform into an all-encompassing utility, where people will be able to conduct virtually any interaction - from buying products to paying bills to various other customer service related queries and tasks. How can you do all that via message? The process is actually very simple, very convenient - even, you might say, totally logical.

Today, Facebook has announced the next step forward for Messenger, with European airline KLM announcing their new Messenger service. Now, when flying with KLM, you can receive your booking confirmation via Messenger, enable check-in notifications, get your boarding pass and receive flight status updates. All via message. You can also ask questions of KLM direct, 24/7.

Receive your booking details via Messenger

Use Messenger to get on board. All your travel info in one place.

At first, the concept of conducting all your business via message seems odd, but when you see it laid out like this it makes perfect sense. As you can see in the video, all you need to do is enable 'Updates via Messenger' on the booking screen and you're in.

Of course, you've long been able to do the same via the KLM app, but this is where Messenger has a distinct advantage. According to research conducted last year, 85% of the time people spend on smartphones is in apps - but 84% of that time is spent using only five non-native apps. That first element - the amount of time people spend in apps - is reasonably well known, and has often been misinterpreted to suggest that all brands should be developing their own apps, as that's where people are increasingly spending their time. But the second qualifier is the crucial part - people do spend a heap of time in apps, but they're only using a few of them. Unless your app is providing genuine, day-to-day utility, then there's little chance it's going to become a significant part of your consumers' lives. And more than that, given Facebook Messenger has more than 800 million users, there's no way your app's going to beat on it on audience penetration and use.

In fact, according to Facebook's research, 80% of passengers on any given plane in the U.S. have the Messenger app. It makes sense that Facebook would want to use airlines to showcase the potential of what their 'do everything' app is capable of. 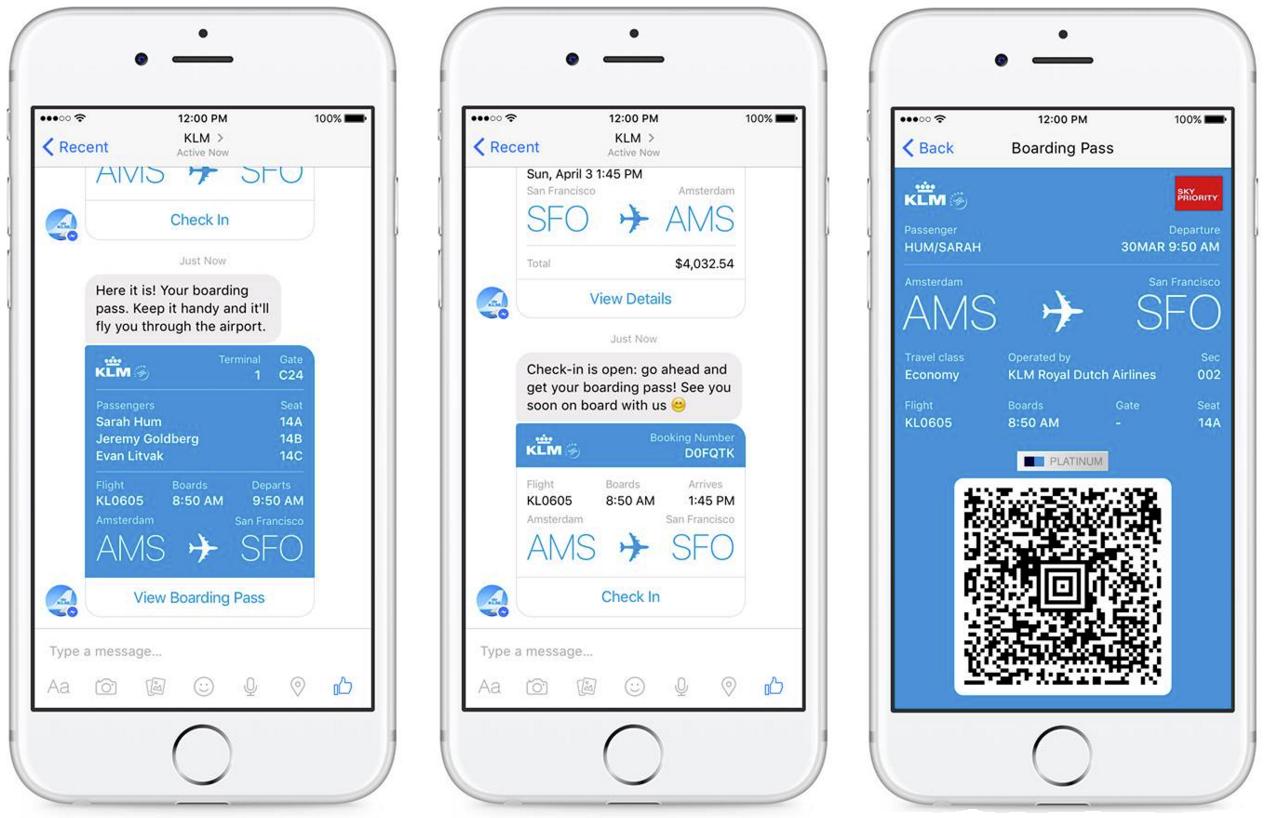 Facebook's betting big on Messenger and what it thinks it can become. They first raised eyebrows back in 2014 when they recruited David Marcus, the then President of PayPal, to be their Vice President of Messaging Products, signaling their commercial intent for the service. In an interview last year with Wired, Facebook's director of global platform partnerships, Julien Codorniou, noted that they're only 1% finished with Messenger.

"One day, there'll be companies built on Messenger, and we are at the beginning of that ecosystem. It's going to touch companies in e-commerce, utilities, travel, dating - I'm interested in every app. Our ambition is to fuel the growth of these companies."

The Messenger team intends to make Messenger the platform, the core utility they use to better connect with their audience, then monetize that attention through ad products and recommendation services.

One of the more interesting ways in which the Messenger team is reportedly looking to do this is through the use of bots - auto-responding systems which utilize Facebook's AI systems to 'learn' and respond to user queries. Speculation suggests that Facebook's looking to launch a 'Bot Store' soon, through which businesses would be able to purchase developed AI systems to respond on their brand's behalf via Messenger. Facebook's effectively been testing and refining such an innovation through their 'M' project - M is an advanced AI bot which operates through Messenger (in selected regions). Users can send questions to M, similar to how you would with Apple's Siri, and M will respond. The difference with M is that the system can complete tasks like ordering you tickets, waiting online on your behalf, monitoring prices on websites. 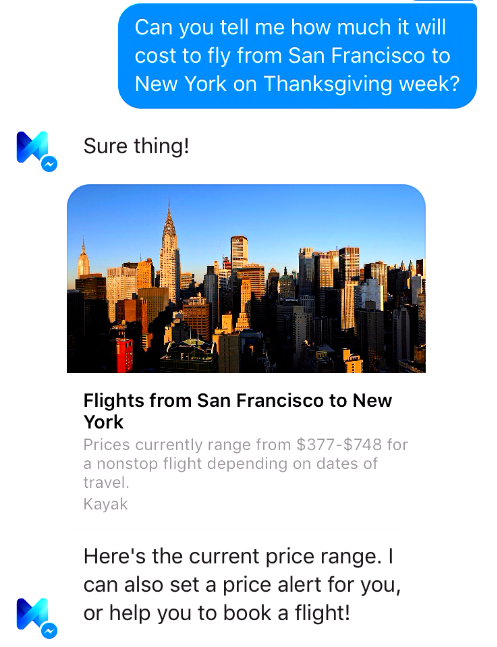 Through M, Facebook's developing an intelligent chat AI that's being refined and upgraded by a team of 'trainers' who are helping the AI become more attuned to the nuances of every request it gets. Those interactions will then fuel Facebook's bot AI, which they could package an on-sell as a customizable option for other businesses.

Imagine if you could buy a bot system which was already able to respond to the majority of queries your company was likely to get via message with an 80% customer satisfaction rate? In fact, elements of KLM's 24/7 customer service option may actually be AI bots, but it's likely that you'd never know. If M can't handle a query, its human trainers are alerted and they step in to clarify - the same safeguard would be in place for any 'Bot Store' systems, you'd imagine.

The innovation has the potential to significantly change the way we interact with brands, and significantly reduce the costs of customer service.

Right now, the KLM integration is one of the first steps for Messenger commerce, a small move into that next realm of opportunity. And as noted, once you see the example of how it works, it all makes sense - your interaction history is stored in one single thread, the information is delivered to an app you're already using. Based on this, it's not hard to imagine Messenger becoming that next level, universal platform.

Businesses can already start integrating Messenger into their customer service process, enabling direct connection to Messenger via their website. Given where things look to be headed, it might be a good idea to jump in now.