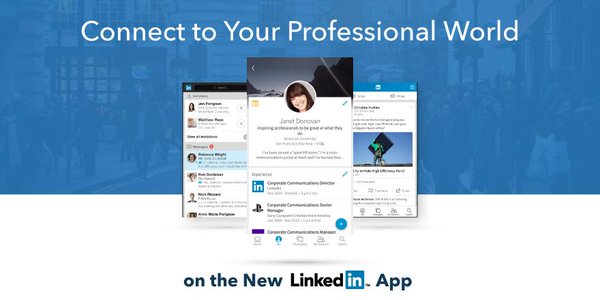 In my experience, LinkedIn's updates tend to be a double-edged sword - they improve some aspects, while making others worse, concurrently. This happened most recently with Groups - Groups on LinkedIn have long been a problem, over-loaded with spammy comments and irrelevant updates. LinkedIn sought to fix this, updating the terms and filtering options, but in the process, they also removed various control options for Group admins, upsetting some moderators. On balance, LinkedIn's updates are more good than bad, so you'd have to consider them progress in a wider sense, but generally, this is how I view LinkedIn updates - they look all good, but they're likely impacting some other element, and upsetting some user groups as a result.

This week, LinkedIn's unveiled its re-vamped flagship app, re-imagining the LinkedIn mobile experience and presenting your LinkedIn content in a new, Facebook-like format that'll likely hold much appeal to many users. But of course, there are some negatives to the re-design.

LinkedIn's new mobile app is an entire re-build, which, according to LinkedIn has:

"...taken everything you love and more to develop a mobile experience that is more intuitive, smarter and dramatically simplifies your LinkedIn experience. We know time is scarce, so we made it as easy as possible for you to connect to your professional network and stay informed about the conversations and content most relevant to you."

As you can see from the main image, the new app has a tool bar at the bottom of the screen that separates your LinkedIn experience into five core areas.

Each element within this set has been upgraded: 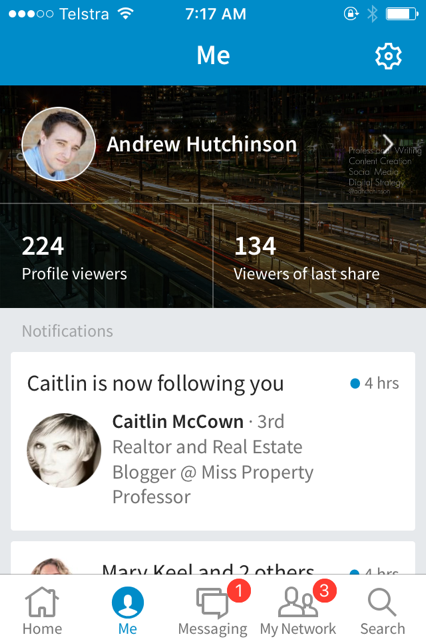 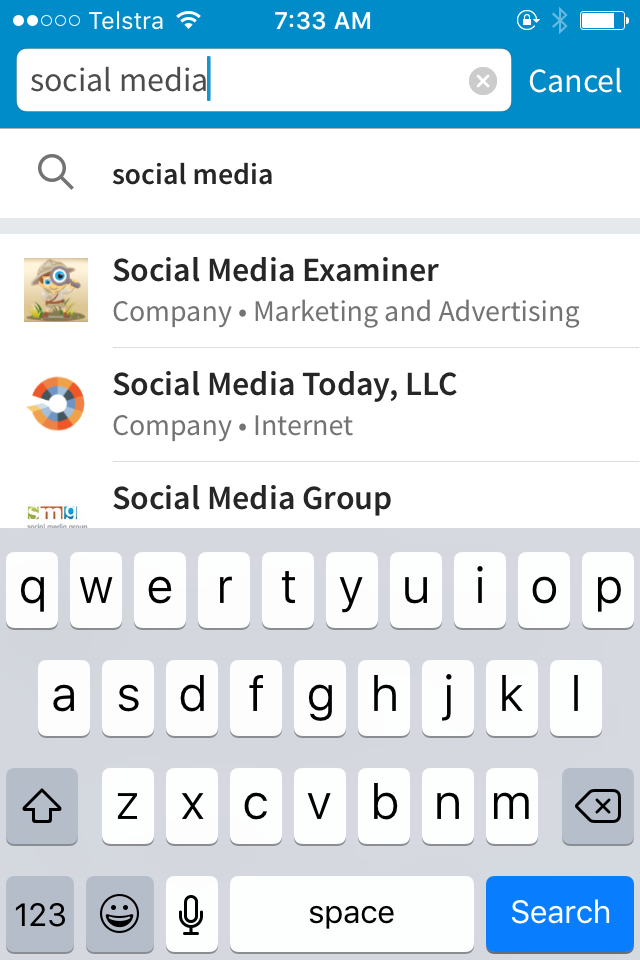 The new app looks great, and the presentation, as noted, is more in-line with Facebook, which is not such a bad move - Facebook's the most widely used social app, therefore more people are familiar with how it works than any other format. But still, there's something not quite right about the new LinkedIn app. While I can't find anything they've taken away, as such, there are some downsides to take note of.

First off, the app is a little slow. This may be my mobile - I'm running an older, but not ancient, iOS device - but I found the responsiveness to be not-so-great. When switching between tabs, the system took a moment to load, for example, and the Search tool took a second to come up, but once it had loaded it was generally pretty responsive. It's possible that this is not an issue with later model devices, so it may not be an problem of any significance, but worth noting either way.

The other issue, which is really a wider LinkedIn issue in general, is noise. As noted by Jon Russell on TechCrunch, the new app had the opportunity to re-define the user experience and become an essential part of the networking and business process by providing more relevant, focused data and insights, which it hasn't really done.

"While [the new app]'s a step forward in terms of design, I can't help but think that LinkedIn is missing a trick on the utility side. It could add more context or meaning and become a very useful app for the business community."

I agree with this, especially considering the intuitive and intelligent algorithms being utilized by Facebook and the efforts that platform has gone to to build a more relevant and engaging user experience. Even if LinkedIn were to only use such filtering via the app, the opportunity's there for them to create a truly engaging, important tool that aligns more specifically to each users' individual preferences and behaviors, and highlights the most relevant info as a result. Of course, LinkedIn could still do this - they do note in the announcement that they're working to refine their content streams based on user feedback, but it seems like they're a step behind on this, and that such efforts could be significantly more valuable in the context of LinkedIn's professional network focus.

But really, this is more an observation that a criticism - the app itself seems pretty good, it's relatively functional and is certainly easier to navigate than the previous version. But when you consider that despite the massive increase in app use, consumers, on average, are only ever using five apps at a significant rate, there's a real need to differentiate your offering in order to break into that vaunted group, to integrate your app into people's daily routine and make it an essential part of their process. It feels like LinkedIn should be well-positioned to do just that, but maybe they've fallen a little short with this one. The experience will obviously differ from person to person, but it seems like it's a good move in the right direction, though ont that could be much more.

LinkedIn's new app is available now via download or upgrade.