With the pressure mounting on Snap Inc. to demonstrate whether the company's worth its $24 billion IPO valuation, they've been introducing new ad tools and options in recent months to expand on their revenue potential.

The latest addition comes in the form of a new custom Geofilter creation platform, which is built right into the app itself. 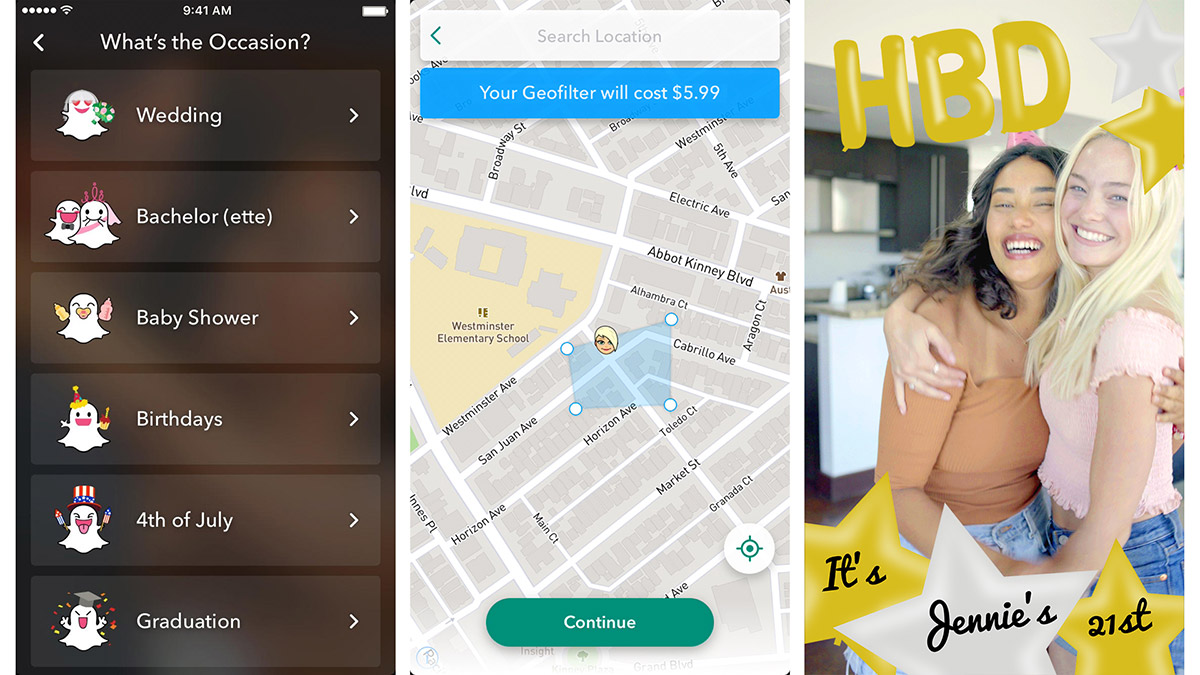 Similar to Snapchat's desktop on-demand Geofilter creation tool (which they launched in August last year), the mobile option provides much the same functionality - you can create your Geofilter, and add stickers and other creative tools from within the app, then define your region of availability and send it off for approval.

That GIF flashes through it a bit fast - here's the creation sequence broken down:

From your profile page, you tap on the 'Settings' icon in the top right. In the menu, you'll see a new option labeled 'On-Demand Geofilters - tap on it, and you'll be given a set of templates and options to start you off.

You can then customize your filter as you see fit - and as noted, you can use Snapchat's creative tools in the process.

Once complete, you move onto the location selection, which will also include a price estimate. Once you're happy, you can submit your filter for approval - Snap Inc. says the approval process usually takes around a day to go through. 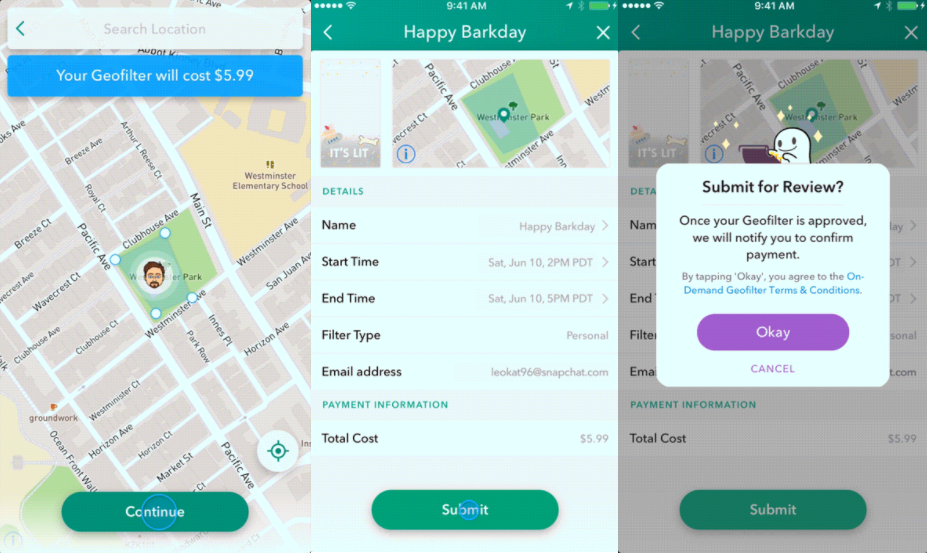 Payment for filters is run in-app, with the submitter asked to confirm payment on approval. You'll get a push notification when your filter is live.

Geofilters can cover an event or an entire block, for an hour or up to ninety days, with prices starting at $5.99.

As noted, this is the latest in Snap Inc. efforts to capitalize on their audience and deliver a sustainable, profitable business model. Snapchat has come under increased pressure of late, with Facebook - and most notably Instagram Stories - duplicating the app's core features, and in many respects, beating Snapchat at its own game. Snapchat, which currently has 166 million daily active users, has touted the stickiness of its app with its users, and thus, the potential of increased revenue per user, but so far the data hasn't reflected that potential.

Adding to their revenue options, Snap Inc. also recently opened its self-serve ad platform, similar to that which is available on other major social sites, while they're also adding a new Snap Publisher tool which will make it easier for advertisers to create Snap ads by providing tools and templates with which to build them from their existing assets. 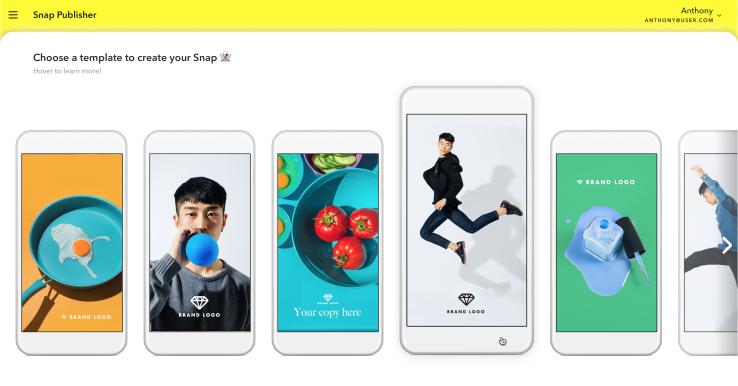 Enabling wider access to custom Geofilters is another tool in this line - but will it really make much difference? Snap Inc. says that "tens of thousands" of custom filters are already being made every day, while in their S-1 documentation, released ahead of their IPO, they noted that, on average, more than a billion Snaps with Geofilters are viewed within the application every day.

That's a lot of potential, which would definitely make it an option worth considering, dependent on your audience.

Snap Inc. says that the mobile Geofilter studio is more aimed at everyday users, with business still expected to use the desktop version, which provides more functionality (also, worth noting, Snap says they can refund Geofilters purchased in your browser but not those created within Snapchat - more info here). But the ease of creation within the mobile app will definitely hold appeal.

Worth a look in your process.

The new, in-app creation tool is currently only available in the U.S. - Snap Inc. says they plan on expanding the option to more regions soon.