Today, via the official Twitter blog, the company has announced a new ad option called 'Instant Unlock Cards' which incentivize users to Tweet by "offering access to exclusive content (e.g., a film's trailer or an exclusive Q&A) after the Tweet is sent".

Which makes sense - you boost reach by providing motivation for users to share your brand message, while also increasing your response and hashtag usage rate, which looks good in your analytics.

But it's interesting in that Twitter seems to almost be taking the exact opposite approach on this front to Facebook.

You see, in Facebook's Platform Policy this is one of the rules (highlighted): 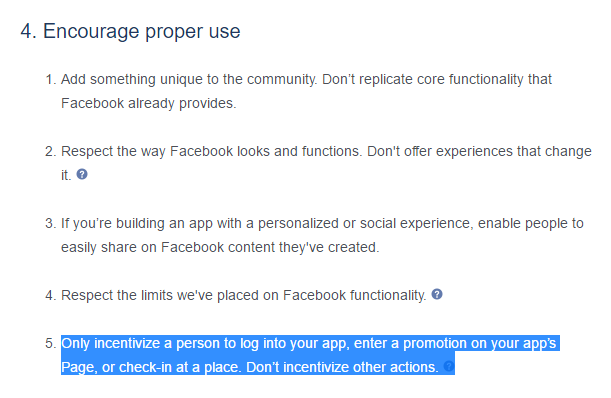 And if you click on the "?" icon for an example of this, Facebook shows you that these are two things you should not do: 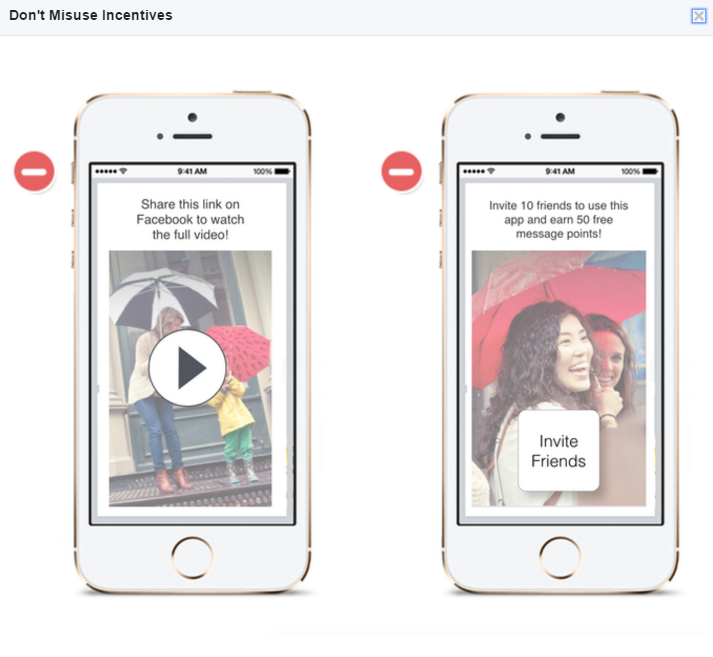 In the original version of this rule, Facebook had explained this in even more specific detail.

"You must not incentivize people to use social plugins or to like a Page. This includes offering rewards, or gating apps or app content based on whether or not a person has liked a Page. To ensure quality connections and help businesses reach the people who matter to them, we want people to like Pages because they want to connect and hear from the business, not because of artificial incentives. We believe this update will benefit people and advertisers alike."

Now, liking a Page is slightly different to re-tweeting a message, but as you can see from Facebook's example image, The Social Network is clearly against the exact thing that Twitter's looking to do with this new ad option. And their logic makes sense, people should share things because they want to, not for an alternate gain, as that can both skew Facebook's data about you and annoy your followers with links, leading to a less than optimal user experience all round.

Of course, there's no rule saying Twitter has to do what Facebook does, and the faster-pace of Twitter feed likely makes this type of advertising less intrusive. But at the same time, it does seem like a slightly artificial way to boost response. If people are only sharing things they like, that puts the onus on advertisers to listen to their audience and create more resonant content. If they can incentivize them in other ways, that makes it a little easier to share potentially less relevant, spammy material - particularly as users are sharing blind in this case, as they can't view the content they're sharing about till after they've pressed 'Tweet'.

In addition to Instant Unlock Cards, Twitter's also announced that Conversational Ads, which they unveiled back in January, are now available to all users. Conversational Ads also seem like an artificial way to generate conversation around your brand - you send out a promoted tweet with response options for users to choose from, which then generates a branded tweet message that they can send from their own account, helping spread your message. 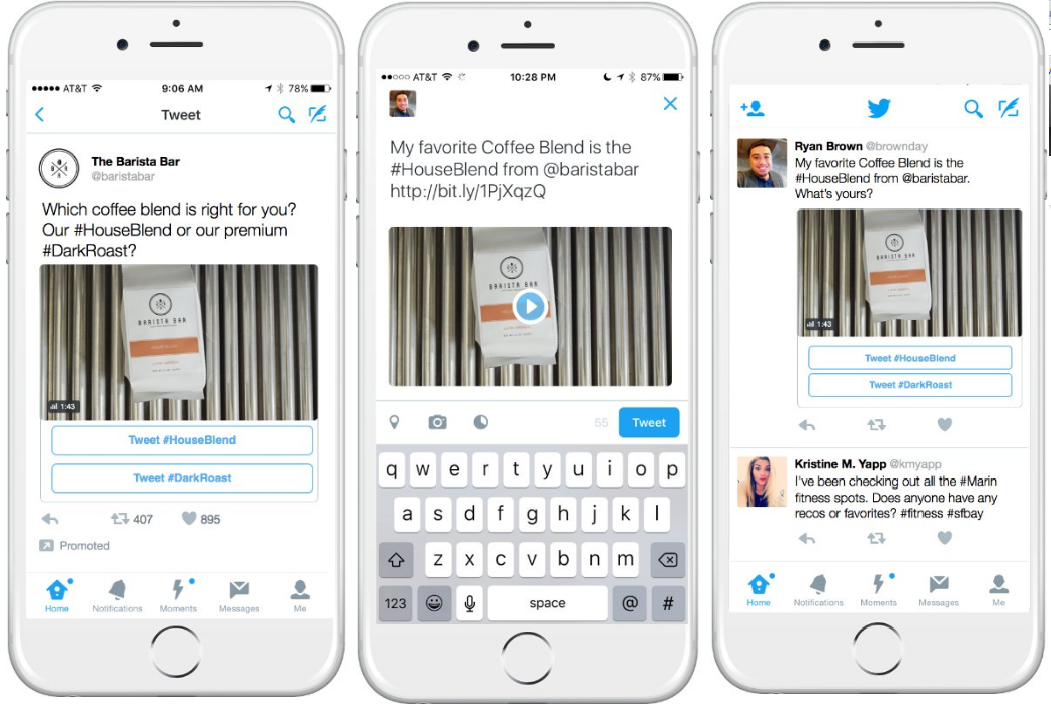 I mean, really, it doesn't matter too much about the theory if it delivers the desired results, and Twitter has also provided some examples of success stories from the beta testing of both Conversational Ads and Instant Unlocks, including campaigns from Coca Cola, Marvel and AMC. 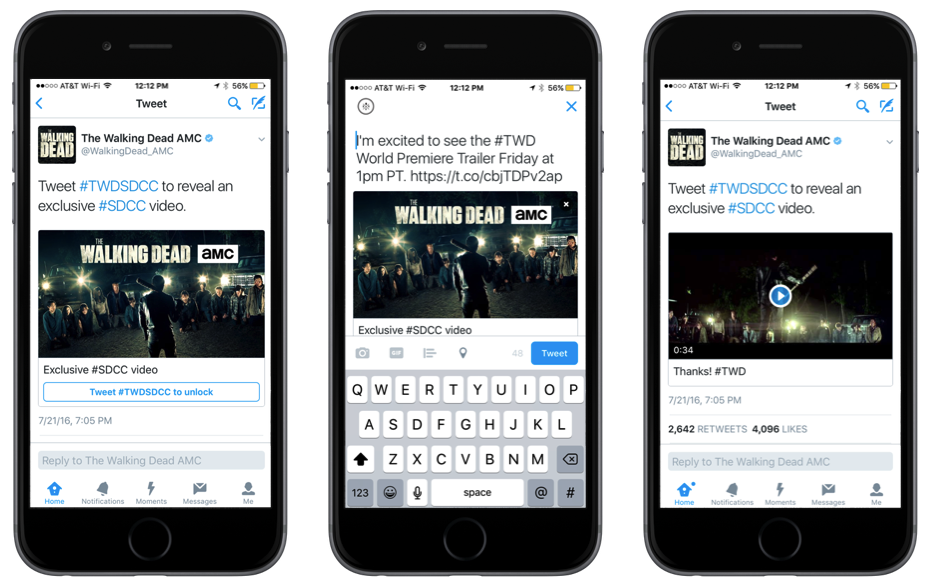 And when you at an example like that, a program like 'The Walking Dead' with a massive fanbase, you can see the potential benefits of the offering. But it does seem to also open up the opportunity for spammers to gain traction. That could also be why these new options are only available to managed accounts - maybe that's how Twitter is planning to restrict their use and avoid potential complications.

Either way, another interesting move by Twitter, though one that seems more a head-scratcher than a major opportunity.