Facebook Adding New Features to Messenger for the Holidays

There's only one week to go till Santa takes off on his annual flight, and Facebook's getting into the holiday spirit with the announcement of a range of festive-themed additions for Messenger to help spread the seasonal cheer, including improved photo-sharing functionality, customization options for Messenger threads and fun graphic overlays.

Here's how they work.

First off, Facebook's bringing Photo Magic to Messenger. Photo Magic, which has been available to Australian users for the last month as a test, scans your newly taken photos with facial recognition technology and immediately notifies you with an option to share those photos with the friends who're in them. 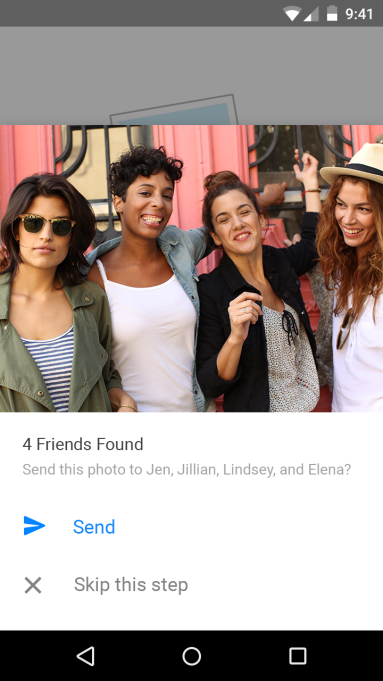 It's the same facial recognition technology used by Facebook's 'Moments' app - the system scans the faces in your photos then cross-checks them against the people in your Facebook friends list.

And there's no better time than now to be releasing this new feature more widely - according to Facebook data, people share 28% more photos and videos during the holiday season, while 73% of Facebook posts, videos and photos shared in December last year were created on a mobile device. Add to this the fact that photo sharing via Messenger is growing at a rapid rate - 9.5 billion photos are being sent through Messenger each month - and you can see why Facebook would be working to better facilitate and encourage more photo interaction via their messaging platform.

According to Facebook's announcement, the new system works like this:

"By recognizing your Facebook friends in the photos you take (just like when tagging or sharing photos on Facebook), Messenger can create a group thread for you to share the photos with those friends in just two taps. It's fast, easy, and simple. And you can turn this feature on or off at anytime as well as control if you are recognized in your friends' photos in the timeline and tagging section of your Facebook settings."

The feature aims to solve a key friction point in the photo sharing process - Facebook's research has found that photos of friends are among the most commonly shared images on Messenger, which, as noted, will only ramp up over Christmas. But because people are often distracted by the happenings of the moment, they forget to actually share the images they take. Photo Magic aims to address this in a simple and easy way.

While some may find it intrusive, you can also imagine how many will find great utility in the option. 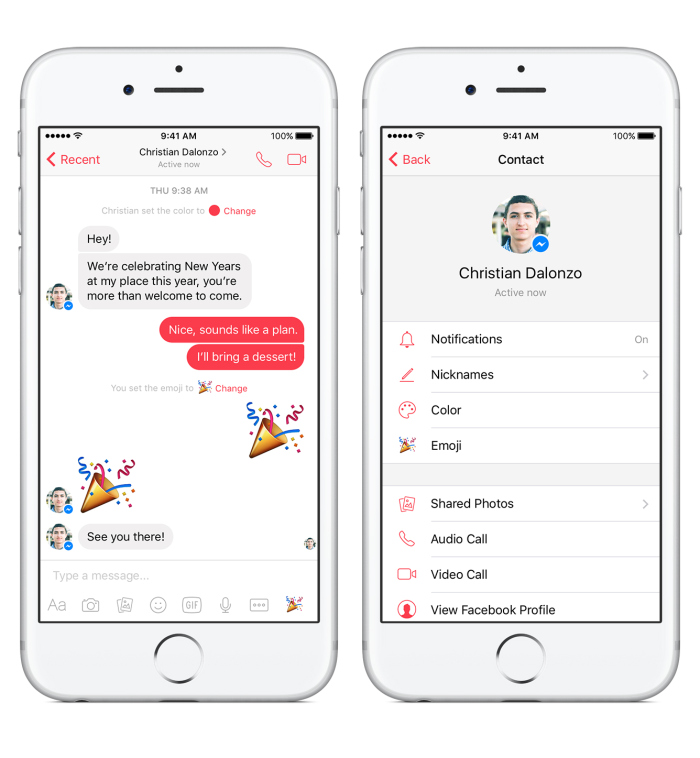 "With various color choices, emoji and nicknames, now you can really make Messenger your own space. For iOS, tap on the people's names at the top of a conversation to change your family group thread to a festive red, update your mom's formal first and last name to just "Mom," or change the emoji response in your holiday meet up group from the thumbs up to something more timely, like a party hat. For Android, tap the info button in the top right. Anyone in the conversation can change the colors, nicknames and emojis as many times as they want, and when you make a change, the people you're talking to will see what updates you selected."

It's a relatively small, yet fun way to play around with your Messenger experience.

And the final Messenger additions announced for the holidays are a couple of new graphic overlays to help spread the festive cheer.

In this one (above), a sprinkling of snowflakes floats down across your Messenger screen whenever you send a Santa, Christmas tree or snow-related sticker or emoji to a friend.

In the second (below), Facebook's bringing back their popular snow-globe effect for chat heads on Android - though it'll only be available for a limited time. 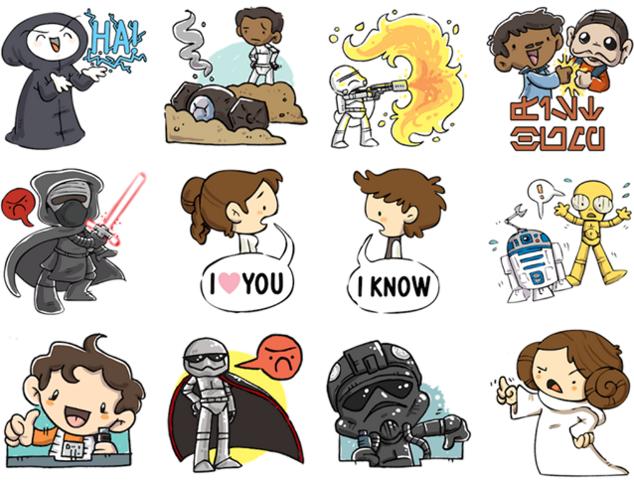 Facebook's been working to boost Messenger this year with a view towards taking it to the next level of functionality - which will also, eventually, include plans to monetize the platform by integrating it into more customer service and purchase journey paths. Facebook's working on a range of options on this front - they've partnered with Dutch airline KLM on a new ticketing and alert system, all built within Messenger; they're developing 'M', a virtual assistant which responds to requests sent via direct message. Just this week, Facebook announced a new integration with Uber that'll enable users to order a ride without ever leaving their Messenger stream - you simply click on an address and the option to order an Uber will come up as an option. 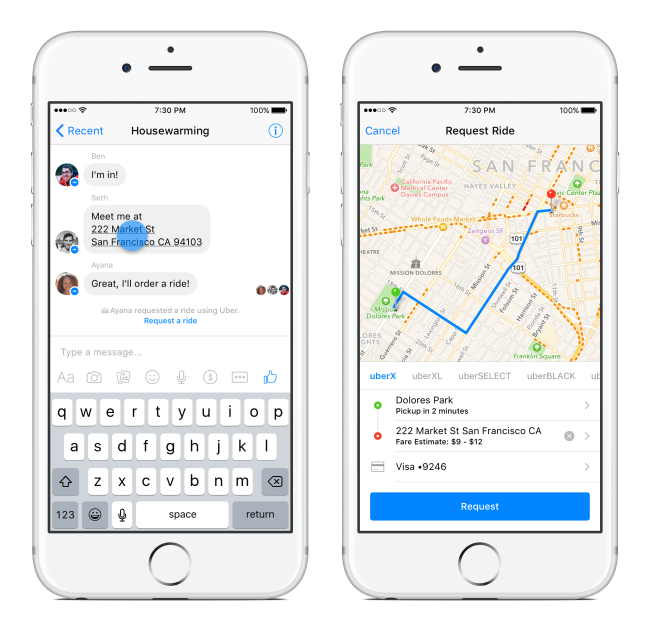 These are the sorts of innovations we can expect to see a lot more of from Messenger in 2016, and while today's announcement of festive-themed additions is more focused on fun and engagement over the holiday period, the addition of Photo Magic, in particular, highlights the expanded capacity of Messenger, and how the technology of the service is looking to extend well beyond that of a basic messaging app.

In Messenger, Facebook's looking to remove friction from our lives, in as many respects as that can possibly be applied. And with 700 million monthly active users, and growing fast, it's not hard to imagine that Messenger will play an increasingly important role in more people's lives in the near future.