With SXSW capturing the attention of the tech community this week, there hasn't been a heap of new updates or changes across the major social platforms. But the development teams literally never stop - there's always some small test or update being rolled out or trialed in some form.

As such, we did notice reports of a couple of minor tweaks and updates in the wild this week which don't add a heap to your process, but which may stand out when you log on and notice something's a little different.

First off, on Twitter's iOS app they're rolling out a change to the way personal tweet timelines are presented on profiles. 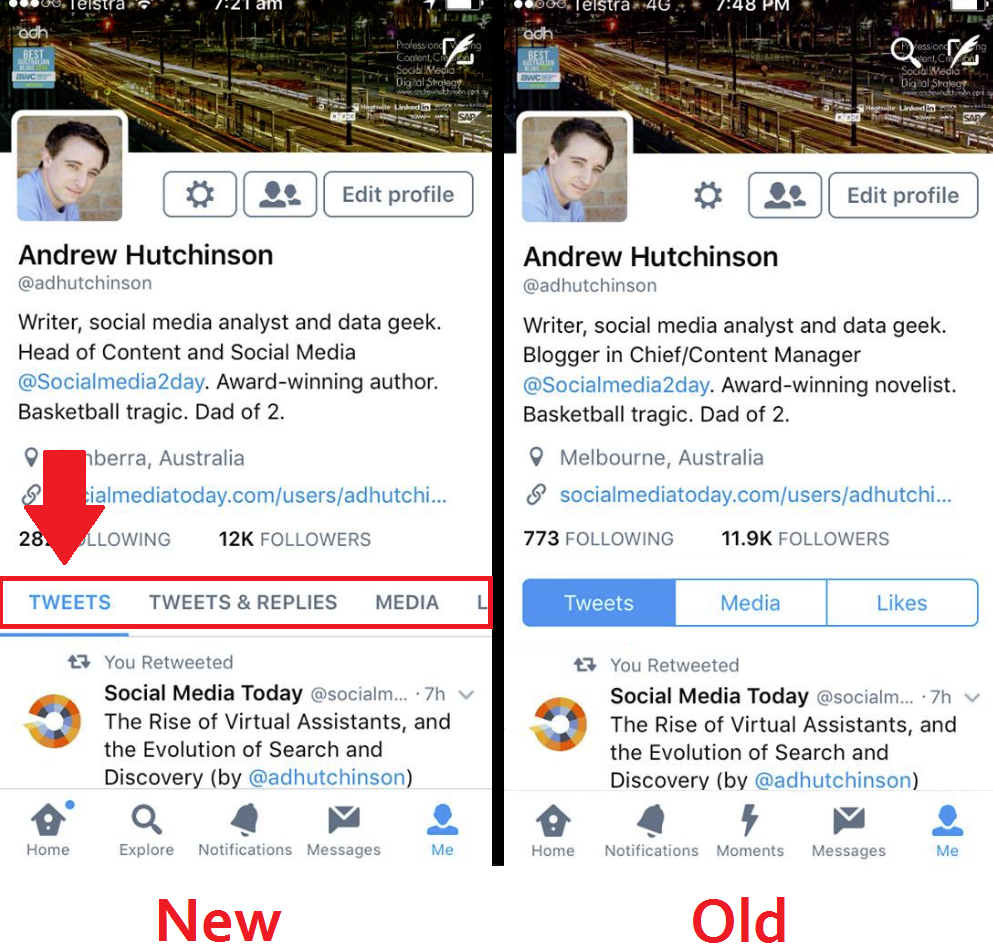 As you can see, they've updated the sorting options available, adding 'Tweets and Replies' as a separate listing, while also changing the presentation, giving you a carousel-style selector.

It's not a major change - and this format has reportedly been available on Android for some time already - but it's a little different, bringing it more in line with the profile options available on desktop.

What is interesting is that the carousel listing could, eventually, give Twitter a way to provide more tweet presentation options.

As noted, not major, but it could provide more opportunities for tweet presentation in future.

Twitter's also testing out a new format in the desktop notifications tab, shifting from the mobile style to a new format which includes a more prominent link to the original tweet. 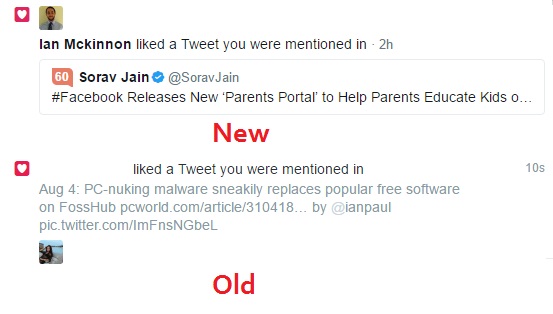 This is likely because it's sometimes difficult to know where to click on these notifications to get more context - by including a direct link to the original tweet, it's easier to click through and understand exactly what the user is responding to. It's not clear at this stage if this is a wide-scale rollout or a limited test.

Meanwhile, over on Facebook, they're testing out a new option to make comments look more like Messenger threads.

Each comment is given a conversation bubble, which could prompt more users to respond, as more people are becoming increasingly used to replying in the Messenger format.

Again, it's not clear how big this test is, but it does make some sense - there are now more than a billion people using Messenger, and reports have shown that more and more personal interactions are flowing into messaging threads, as opposed to people posting them on Facebook. Merging the two, even in minor forms like this, could help boost Facebook engagement.

None of these are ground-breaking in any form, but it's interesting to note such tweaks and updates, and to consider how each platform is looking to cater to user behaviors and provide a more functional experience. And if these measures help boost engagement, all the better for social marketers.