In October last year, Facebook announced their coming updates for video content, which included, among other elements, a new, dedicated video tab built into the Facebook app - you can see it at the 40 second mark of this video:

At the time we noted that the addition of a video tab could be huge - like YouTube, but more targeted, and within Facebook, where the majority of users are already spending their time and consuming content. We didn't hear much else about the video tab till April, when Facebook officially announced that it was coming soon, but it only ever ended up being rolled out to a small number of users. And when Facebook announced the Marketplace tab back in October - which took up the position in the app that was marked for the video section: 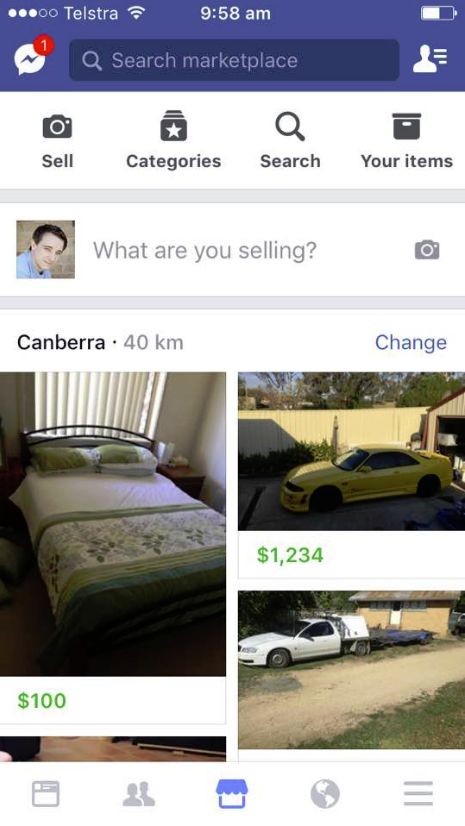 But then reports ramped up again, and this week, Facebook has confirmed that the video tab is still coming, and is being rolled out to more users in the US right now.

"Over the past few months we have been rolling out the Video tab slowly to test and learn from people, and we're now excited to make it available to more people in the U.S. on iOS and Android. The Video tab is located on the bottom navigation bar on iOS and on the top navigation bar on Android, and is a new destination for people to discover all kinds of video content they may be interested in. As we roll out this tab, we will be listening to feedback from people on what they find most interesting, and we will continue to iterate on the tab and its sections in the future. We hope you enjoy exploring the Video tab!"

The video tab is now beside the marketplace tab on the bottom of the screen (in iOS), but there's something else particularly interesting about the new layout. 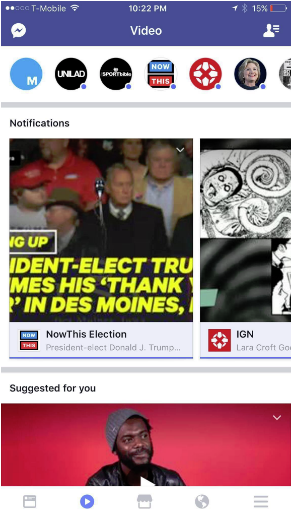 It should - those icons along the top of the screen, which link to video content created by publishers you follow, looks very much like Snapchat's old stories screen layout, which, of course, also resembles the Instagram Stories layout. 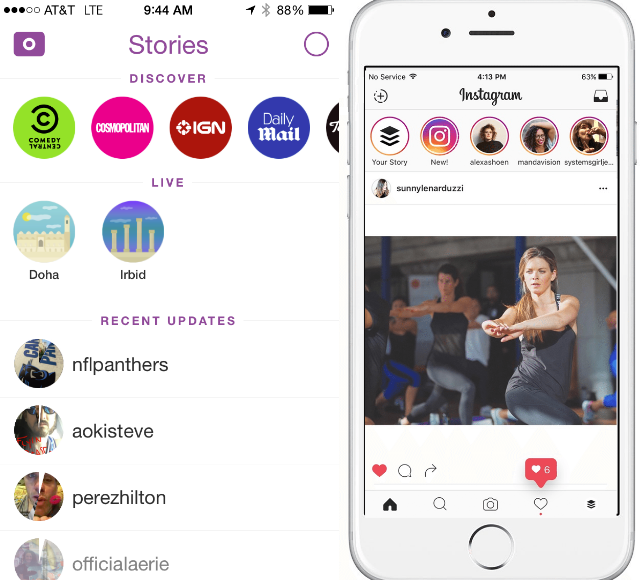 Snapchat has since updated their page layout, so it no longer looks the same, but still, the inspiration is very clear.

Mashable has provided a detailed overview of the new Facebook video section - as you can see in the above screenshot, there's a prominent 'Notifications' panel below the publisher bubbles which displays live content from publishers you follow that's being broadcast at that moment. Below that there's a 'Suggested for you' section which Mashable says mostly highlights live content also.

If you click on one of those publisher bubbles along the top of screen, you're taken to a dedicated section for that Page, which includes all of their Facebook videos - live or otherwise - and an option to turn notifications on or off. 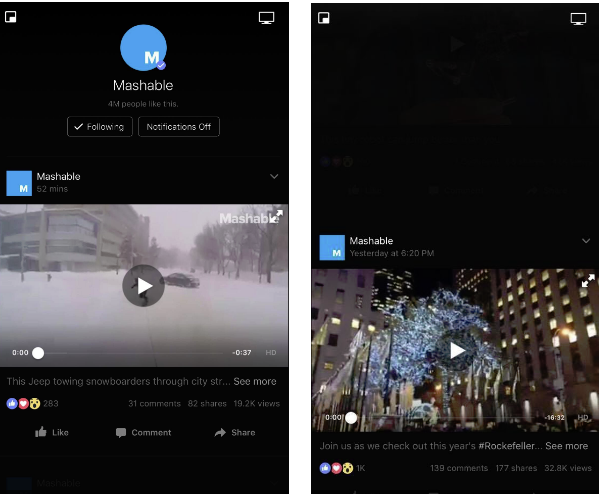 As noted, the inspiration is clear - Facebook clearly feels that Snapchat has successfully tapped into the user experience that people are after, and they're looking to replicate it wherever they can. That's not to say this version will be the one all users will see if and when Facebook does roll out their new video tab more broadly, but it's the latest of Facebook's efforts to win back users from Snap - or at least, stop any more of their audience from switching across.

In terms of functionality, the focus is clearly on Live content, underlining yet again that Facebook sees live as a key element moving forward. This makes sense - live-streaming gives Facebook a way to rival television, which is really the last remaining ad option they've not taken over. If they can get more people consuming more live content, likely by providing exclusive material and making it easier to cast that content direct to your TV, that could be a huge opportunity for the platform, and they're already making steps on this with their improved Apple TV/Chromecast integration announced in October. The live tab adds another element in the process.

Just imagine, as more of your favorite publishers start airing exclusive content on Facebook, and with your Facebook video tab now connected to your TV set, you can now tune in to those videos, controlled via your smartphone, whenever you want. Traditional broadcast becomes less of an obvious fall-back entertainment option - why flick through channels looking for something to watch when you know Facebook will provide you with fresh shows and videos directly attuned to your interests?

In this sense, the live-streaming revolution is less about giving everyone the capacity to broadcast and more about becoming a genuine TV alternative through the adoption of the medium by mainstream publishers. And that, in turn, will make it a more attractive option for creators and advertisers - if more people are tuning into the content they like, that'll make it easier to reach the right audiences with your live content as you'll have more data on the specific types of niche content each user wants to see. Your live content will also have the potential to show up in the 'Suggested for you' section for relevant audiences, boosting potential reach and the ability to build an audience on the back of those larger broadcasts.

Facebook's obviously still refining their video tab, and likely their overall live-streaming approach, but the potential is there. A dedicated section is a significant element in this, and no doubt Facebook's working to get it right in order to maximize its chances for success.