Facebook's Testing its Own Version of Snapchat's Custom Geofilters

Every time Facebook comes out with one of these Snapchat-cloning features, this tends to be the general sentiment - that Facebook's lost its way, that copying Snapchat is somehow a flawed strategy. But it actually makes perfect business sense - here's a feature that's already proven popular on another platform which may be of benefit for your users. Why wouldn't Facebook use the same?

This time around, Facebook's duplicating the functionality of Snapchat's Geofilters, those location-triggered, image overlay tools that are reportedly applied to more than a million Snaps every day. And that million comes from Snapchat's 150 million daily active users - if they proved equally popular on Facebook, which has more than 1.1 billion daily active users, the potential scale for such tools is obviously much greater.

In this sense, originality matters far less than catering to user interest.

As reported by TechCrunch, Facebook is testing out a new tool that will enable anyone, including Facebook Page owners, to create their own custom Geofil... sorry, 'Profile Frames' which people will be able to apply to their photos.

The new frames will be available for free in two categories:

You'll be able to create your own frame at this website. 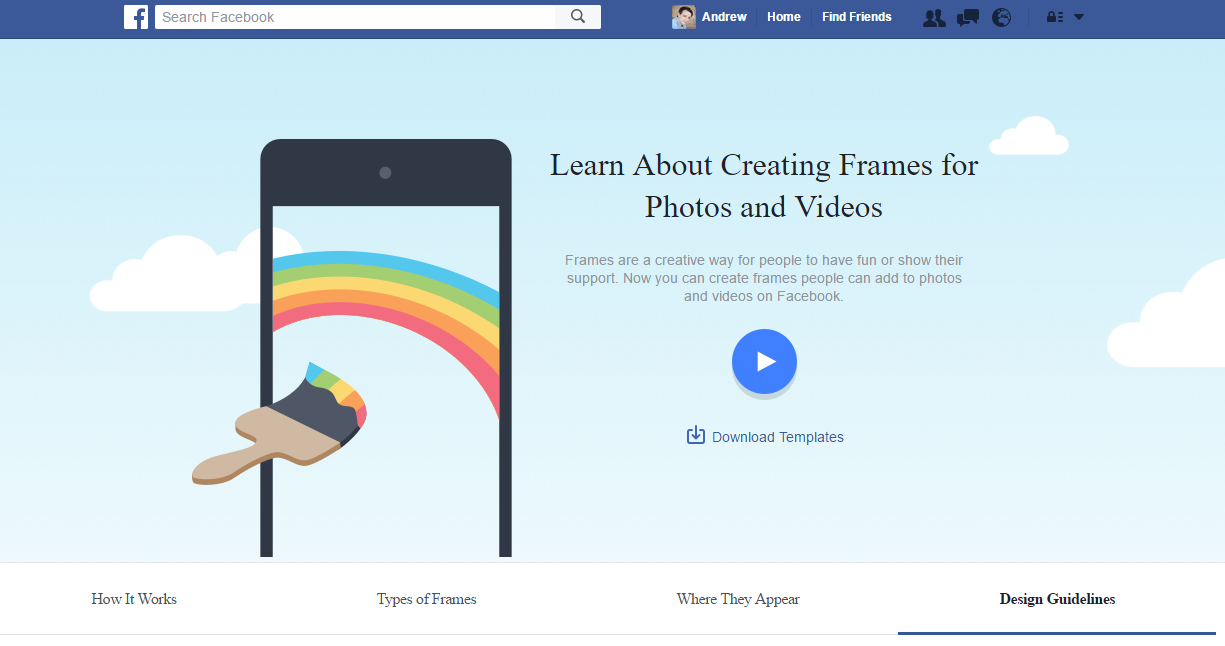 There, you can follow a simple process to construct your own. 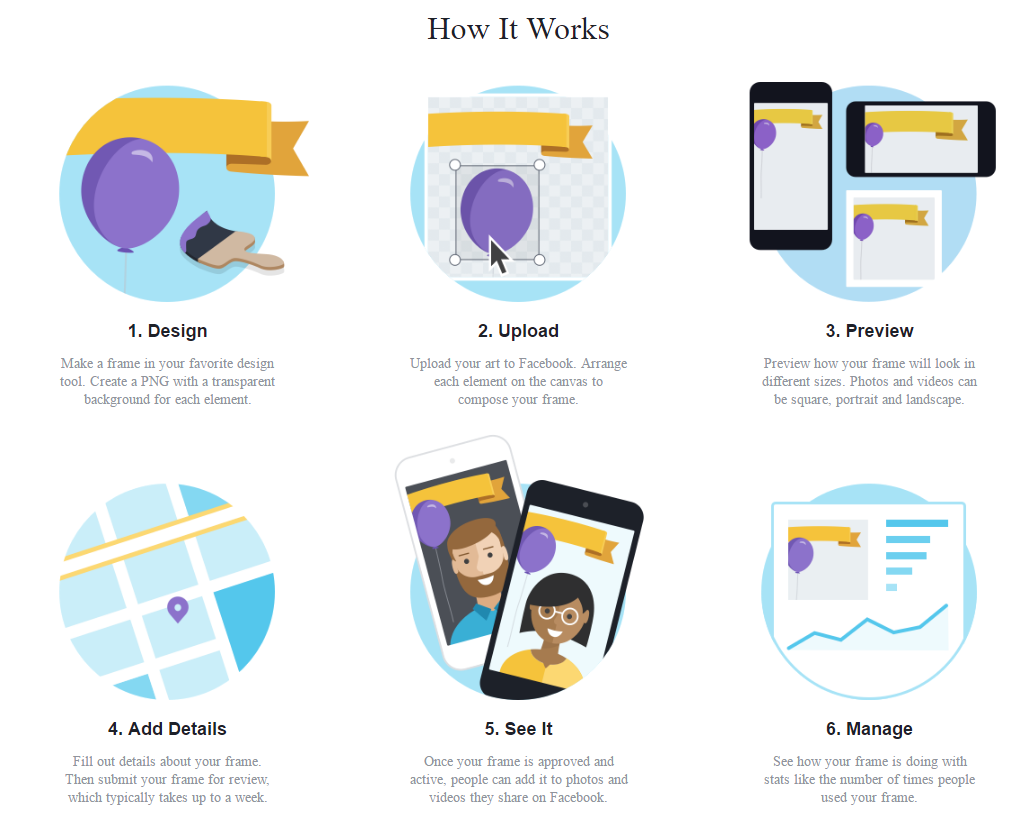 It's very similar to the custom Geofilters tool Snapchat added back in August. Facebook's also provided templates (in Photoshop format) which you can use to help build your custom frames. 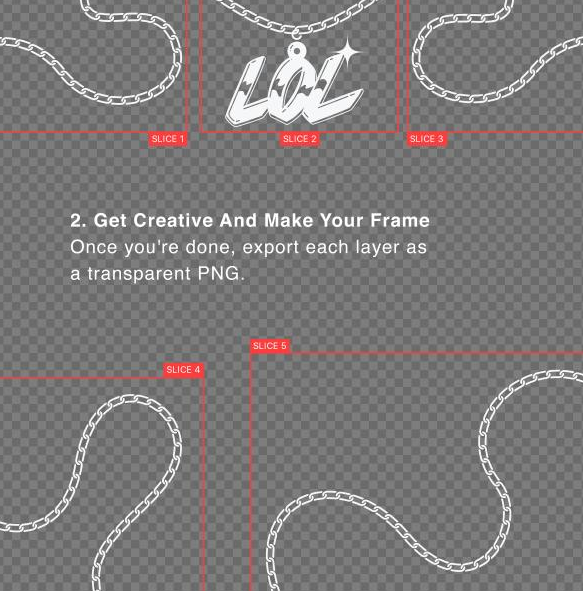 Once created, submitted and approved by Facebook (Facebook has a set of policies in place for Frames in order to stop people creating offensive or illegal content), your Frame will go live and be available for use in people's profile picture or video and within the new Camera option, which is currently only available to users in Ireland. 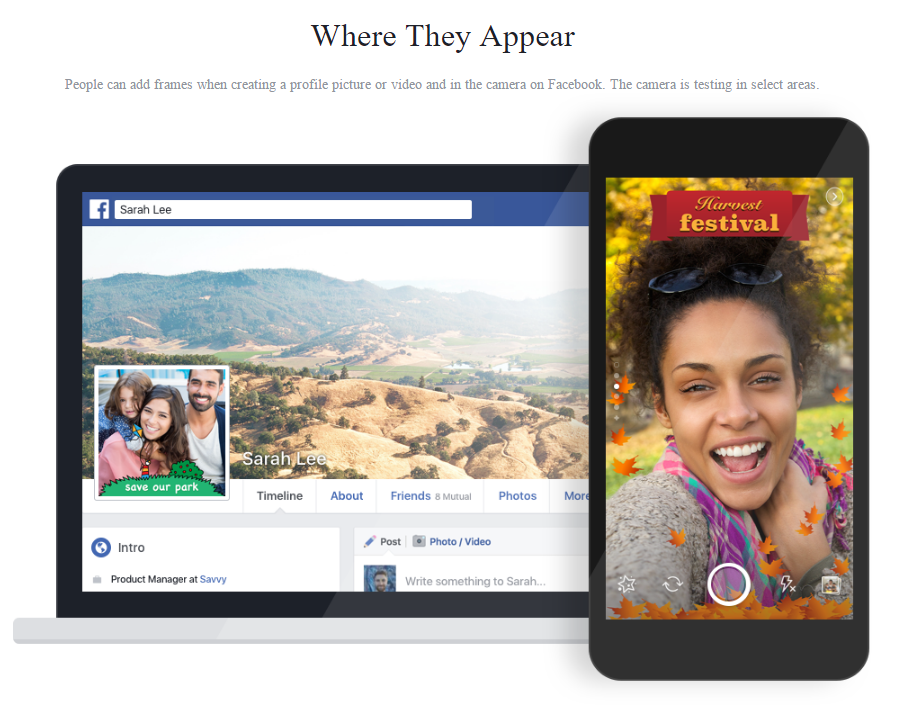 But there is a catch.

As noted, the new camera option - which includes a range of Snapchat-like features within Facebook proper, is currently only available to users in Ireland as part of the first stage of testing. Because of this, Irish users will be the only ones with access to the full custom Frames functionality at this stage, including the ability to create geo-location triggered location frames and to track frame usage. Users in Colombia, Mexico, Taiwan and the U.K., meanwhile, will be able to use the new Frames tools too, but with some restrictions. Facebook says the new options will roll out to more regions soon, but they've provided no definitive dates at this stage.

According to Facebook, these regions were chosen because they're where profile Frames have been used the most to date.

It's an interesting experiment - Facebook's profile frames - most of which are tied to major sporting events - have been available for some time, but have never really caught on as a popular option (you can see a full list of all the photo frames created here). 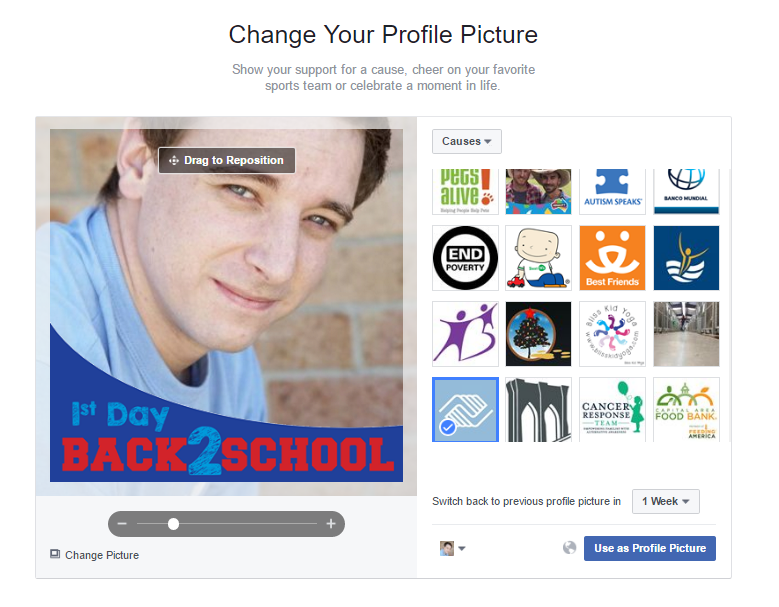 This new process could give users more reason to both promote and subsequently use them, while the addition of geo-location adds another element - and, of course, steps into Snapchat's turf.

But Snapchat's in-the-moment focus is more aligned to geofilter use - you're out at an event or in a certain location and you can easily display that on your Snaps, adding context to your story. In this sense, the option seems less applicable to profile photos, though it will provide a new tool for Facebook users when posting images and video from events, and within Facebook Live (it's not clear if Frames will be available in live as yet).

This is where the custom filters could see wide use in Facebook - as people are already posting a heap of photos from events on Facebook, it makes sense that they might also welcome adding in custom overlays, and it's interesting that Facebook's making this option available for free. On Snapchat, you have to pay for event filters - though worth noting, Snapchat has updated their Geofilter charging system, enabling people so submit free community filters. 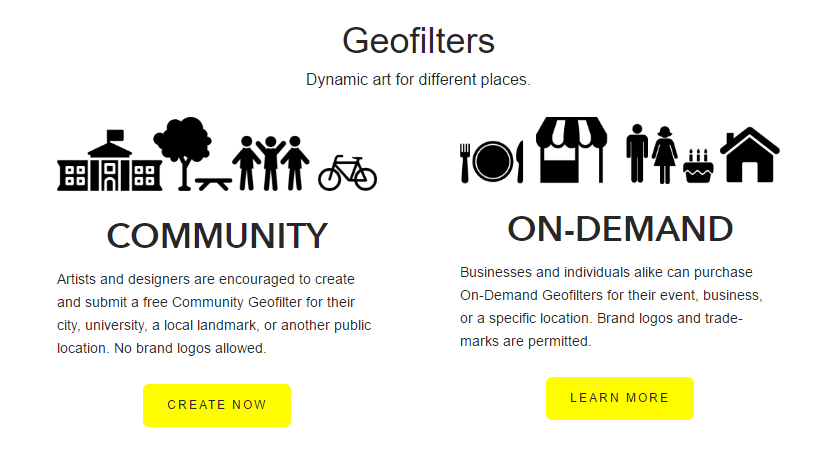 And while the option may seem unoriginal, as noted, the logic makes sense.

Snapchat's been a leader in social innovation, regularly coming up with fresh, new tools that their community loves. Facebook wants to appeal to their users in the same way, and providing them with similar tools could keep them from drifting off to Snapchat to try such features.

But where Facebook could really win out is if their tools were better than those on offer at Snapchat, which Facebook's obviously working on with new image-enhancing tools like MSQRD masks and their newer 'fine art' and reactive filters which respond to detected movement.

Either way, the option will provide a new consideration for Facebook users and marketers alike.

As noted, Custom Frames are currently being tested in certain markets, with a wider roll-out set to come sometime soon (I'm guessing around the time of the anticipated Snapchat IPO early in the new year).