Facebook's always looking to boost sharing and interaction on the platform - as The Social Network has noted previously:

"Our top priority is keeping you connected to the people, places and things you want to be connected to - starting with the people you are friends with on Facebook."

Not only does this encourage more engagement (which is a crucial measure for social platform success), but more sharing means more data, and more data means better ad targeting. Facebook needs to facilitate connection in order to fuel their whole business model.

Which is why their latest test makes sense.

According to TechCrunch, Facebook's rolling out a new "Discover People" option which will enable users to connect with others who are interested in similar things as they are, including upcoming events, people who work at the same company or even those who simply live nearby. The new feature was initially tested in Australia and New Zealand but it's now in the process of being rolled out more widely.

The new option will be available within the options menu (the three lines) - some users will have access already. 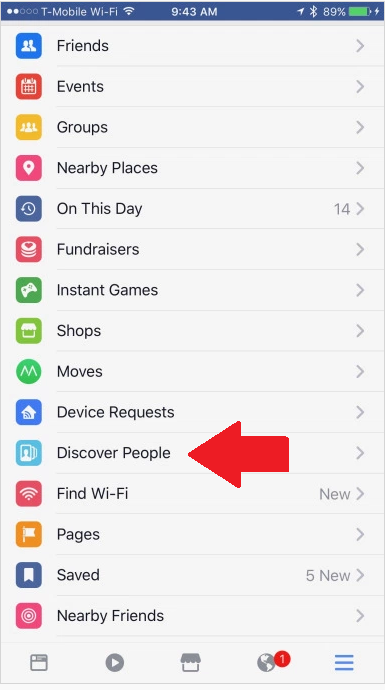 Once selected, you're prompted to update your profile bio and photo to ensure it's accurate and up to date. Below that, you're shown a list of all the events for which you've registered an interest in attending - when you click into any of these, you're shown a listing of other people who will be heading along, and you can click onto any profile for more information. 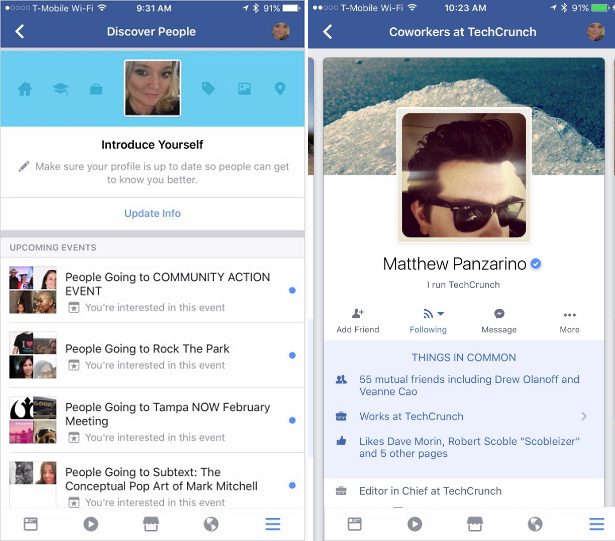 As you can see, clicking on a profile will show you not only who each attendee is, but also any things you have in common with them, helping facilitate connection.

And as noted, in addition to events, you can also see a listing of work colleagues and people who live in the same area, further adding to the connective capacity of the tool. 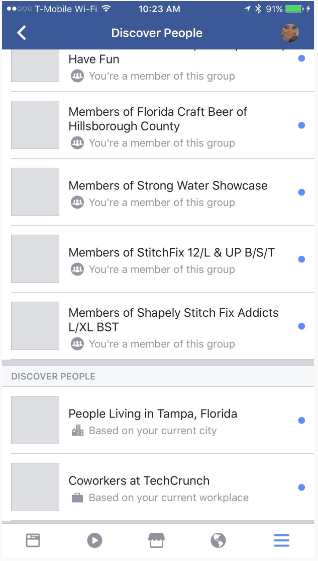 It's an interesting option, and it certainly adds something to the Facebook mix - but is connecting with strangers something Facebook users will warm to?

In the case of events - particularly business related functions - the tool makes some sense, and LinkedIn actually offers similar in their new platform prompts, introduced as part of their recent redesign. 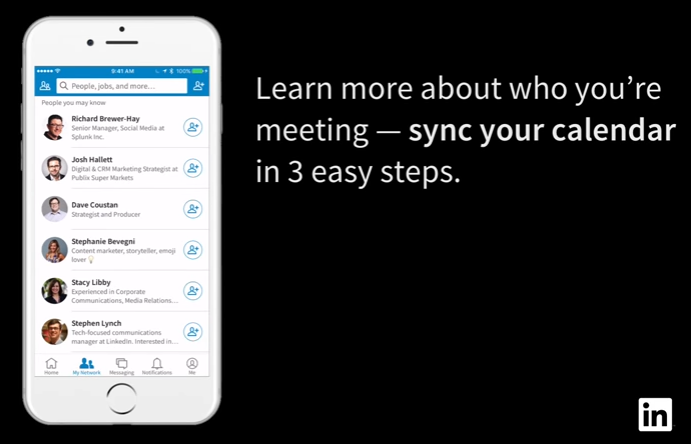 In LinkedIn's case, it's a logical addition as a professional networking option, but it seems less applicable to recreational events and functions. This is particularly true when you consider the shift away from more open social networking and towards more intimate messaging options, which would suggest that while people do want to be social, they prefer to do so within their own groups, as opposed to striking up conversations with randoms.

But that said, a billion people use Facebook Groups every month, connecting with like-minded and like-interested users. There's clearly an interest in such functionality.

For their part, Facebook says the option is designed to help people learn more about the people around them:

"Too often, it's hard to learn more about people around you, whether it is upon starting a new job, joining a new group, deciding if you want to attend an event, or moving to a new place. To make it easier, we're starting to roll out a new bookmark in the 'More' menu called 'Discover People' that can help you discover more about people you have things in common with by browsing through profile cards of people in your community."

As with all Facebook functions, the information displayed will be controlled by your privacy settings - the data available will be public, anything marked as private won't be shown.

Maybe this will be your chance to finally strike up a conversation with that guy over the road who always waves but you've never spoken to, or maybe you'll find that there's actually a heap of model plane enthusiasts in your neighbourhood.

So long as the privacy elements are solid, it probably can't hurt.