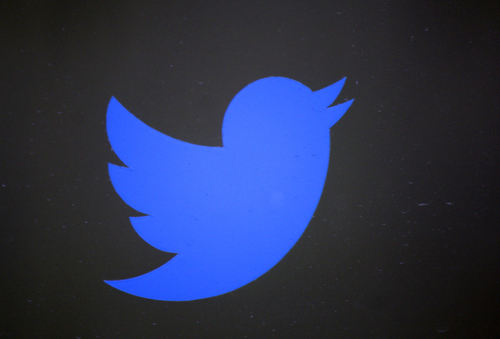 Well, well this is a twist. I mean, it's been flagged for a while, but now it may actually be happening - according to a report on Re/Code, Twitter is getting ready to allow users to create tweets of more than 140 characters. Much more - similar to the extension to DMs, Twitter is looking to expand the character limit in tweets to 10,000 characters. For reference, that's about 2,000 words, based on averages.

And while the move is no doubt set to start alarm bells ringing and spark outcry among the platform's core user base, there are a couple of things to consider in this change - which, as of right now, we don't know, 100%, is going to come into effect.

First off, Twitter won't be changing the way tweets are presented, necessarily. The reported plan is to introduce a new option where tweets longer than 140 characters will have a 'show more' style link at the end of 140 characters, giving users the opportunity to click through, if they wish.

Something like this (mock-up thrown together by me, not official in any way)

This alleviates one of the biggest concerns - that longer tweets would make it a lot harder to use Twitter, as you could be scrolling through an ever-expanding amount of text in order to stay updates. No, Twitter's core business is in fast updates, enabling people to quickly and easily get a feel for what's happening in real-time. Clogging it up with massive blocks of text would be a big mistake, and Twitter knows this, that's not going to happen.

In this context, the change actually makes a lot more sense. While Twitter is known for being the home of 140-character messages, the core problem Twitter's currently facing is in getting more users to the platform. So while Twitter users will be up in arms and enraged by any such change to the systems they've come to know and love, this change, as with the switch from stars to hearts for favorites, is not about them. Now, you could say that's flawed logic, potentially upsetting your loyal users in a bid to win new ones, but if the changes are contained and don't significantly disrupt the user experience, then the core user base - who already find great value in Twitter - will likely keep using it as they always have, no drama. But at the same time, it'll give people a new option, a new way to communicate via tweet, if they so wish.

Of course, the next concern on that front is that the longer length could be utilized by spammers - what if spammers could @ mention as many users as possible in each of their messages, within the limitations of 10k characters? That'd likely mean your Notifications tab would become an annoyance very quickly, with spam message after spam message reaching you directly because of the mention. Twitter's well aware of this too, and they're considering ways to deal with this potential problem - possibly by restricting how many handles can be mentioned in a single tweet.

As such, the change, in itself, may not have a significant impact on the current Twitter experience - but then there's the fundamental shift, the move away from what Twitter is, philosophically, and what that means for the platform. And then, the next question on top of that, is "why do it all?"

Many people will see this proposed change as another way Twitter is trying to play catch up with Facebook. And in some respects, they're right - Facebook is the clear leader in social media, every platform would love to have the engagement and success Zuckerberg and Co have had with their Social Network. The impact of that is that Facebook also sets the bar for performance, particularly for listed social companies - Facebook's growth has been astromical, no one could have anticipated the platform would expand as quickly and as widely as it has. That level of expansion then sets the bar for achievement - there's more to it than that, obviously, ongoing growth is a stronger indicator of future performance than pretty much any other measure. But because of Facebook's massive growth, every social platform is under pressure on that front - and Twitter's under more pressure than ever because Instagram has now eclipsed it in terms of active users, while the threat of Snapchat also looms large. In this sense, Twitter is losing ground, despite relatively solid financial performance.

This, of course, is why Twitter is willing to make such big changes on the platform, in a bid to get back on track and back in line with market expectation. Again, while changes like this might upset regular users, Twitter's looking at a wider picture here, at more than just the core use base. If Twitter doesn't do something soon, they could be up for sale - and there'd be plenty of companies lining up with a new cage for the little blue bird. In the longer term, being acquired may actually prove beneficial for Twitter, as it would remove some of the market expectation and allow the platform to concentrate on what it does best, rather than looking to institute radical changes. But that's still some way off, returning CEO Jack Dorsey will have some time to realize his vision before things shift into that next phase.

But at the same time, Twitter needs to innovate. Twitter needs to move. Changes like this are inevitable as the platform seeks to boost it's standing. Whether you like it or not, Twitter is looking to evolve - and in the end, that'll likely be a good thing.

Given that the change likely won't impact user experience significantly, extending the length of tweets might prove to be a worthwhile. For one, it'll give Twitter more data - the more content that gets pumped through the system, the more info they can track and use to fuel their growing analytics options. That's also been a focus for Twitter of late, improving the value of their data to better monetize it and claw back revenue that third party companies have been taking through dedicated analytics and monitoring programs. Longer tweets = more info, and that can only be a positive for the platform's data tracking and targeting capabilities.

And on the other hand, it totally depends on how people use it. People are used to using Twitter a certain way, and if this change doesn't force them to change their habits, then the impact could be minimal. But it may also prove to be a valuable option for those looking to share more or express more within a tweet. Maybe, eventually, it'll prove to be a helpful tool, and will increase tweet embeds and sharing as a result, as you'll have more context contained within one message, rather than spread out over several. There's also the growing instance of people sharing screens of text - longer tweets would eliminate the need for that, while also, again, increasing the amount of information Twitter can store and use.

Either way, amid those proclaiming the platform's demise and sneering at the suggestion of extending tweets, there is some positivity in there. It could prove more valuable than you think. Complaints about the change to hearts died down pretty quick...

For reference, here's Jack Dorsey's statement on the possible change - hey imagine if this was in an actual tweet:

Main image via 360b / Shutterstock