Snapchat Lens Games Could be a New Marketing Option

While Facebook continues to duplicate and re-purpose Snapchat's core features in order to limit the growth of the yellow ghost, Snapchat itself is working on new innovations and features designed to keep users engaged and coming back to the app for more.

But in typical Snapchat style, they don't often announce or post updates about such options - Snap Inc. relies on word of mouth, with their community members discovering and sharing such updates amongst themselves, which adds to the 'in the know' exclusivity of the Snapchat community,

The latest addition on this front is a new game within Snapchat Lenses, which maximizes the interactivity of the option - and could end up boosting the marketing value of the tool.

The new game is available within the 'Princess and Queen' lens - when you choose this Lens option, you'll see a prompt on screen to 'Double tap to upgrade filter'. 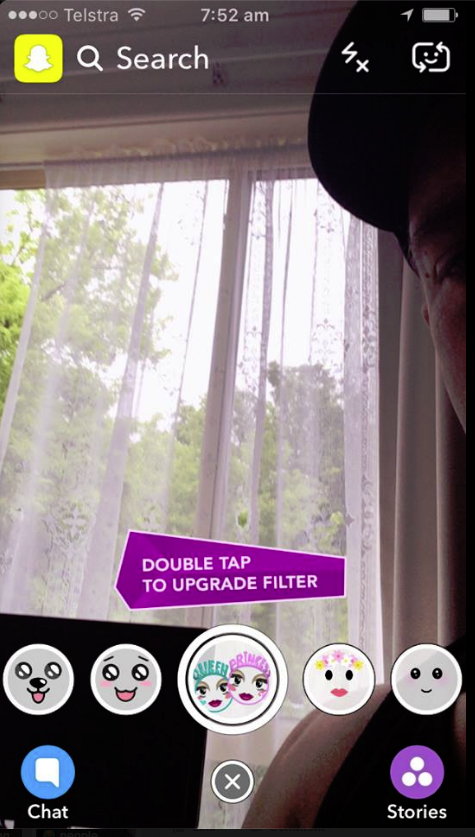 Double-tapping, of course, switches from selfie cam to the outward camera, and the game uses the World Lenses option (added last November) to get you to locate five gems in the area immediately around you.

Locate all five gems and you unlock the new Lens (which is a fairly simple variation on the original), while smaller gems also cascade down the screen. 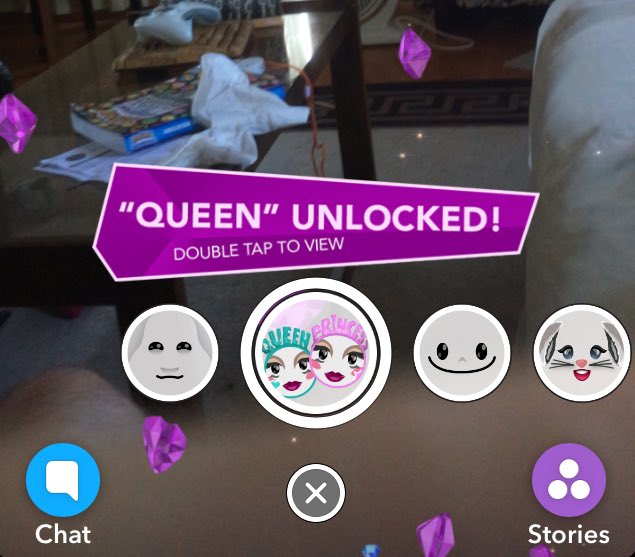 The game is fairly simple in itself, but it opens up a new range of possibilities - for example, the gems in this instance are overlaid on the scene around you, but what if they were location locked? What if Snapchat could place them in certain locations which you'd have to visit in order to collect them all and unlock new content?

The process could be similar to Pokemon Go's AR, which places Pokemon characters in different real-world locations. 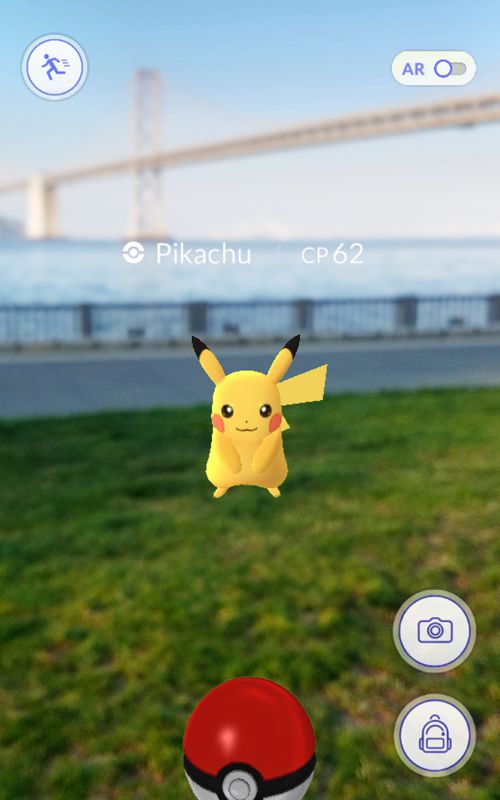 The marketing potential of this is huge - Pokemon Go has already partnered with Starbucks, McDonald's and Sprint to help drive users to their retail locations, with special offers promoted within the app. And the compulsion of that kind of 'search and discover' process is also evident - Pokemon Go, while it has lost some steam since its initial launch, has already generated more than a billion dollars in revenue, the fastest game to ever reach that milestone.

Snap Inc. could possibly look to facilitate similar, and with their image recognition-triggered ads also coming into play, they could look to use real world locations as triggers for customized Lenses and in-app functions.

For example, we've already seen the first of Snapchat's image-recognition linked Lenses - when you hold your finger on the screen while looking at the Spectacles logo, you get a secret Spectacles lens based on it identifying that object.

Snapchat could partner with brands to create similar, exclusive ads and games which boost interaction and engagement, based on a logo or a location. Snapchat's also working on location-specific image recognition - it's not hard to imagine that they could look to create new, interactive Lenses which require users to visit specific locations in order to access in-app exclusives, delivering targeted ads and promotions in a more engaging, native way.

It's not Snapchat's first attempt at interactive games either. Back in August, Snapchat added a simple, 8-bit tennis game with Gatorade to link in with the US Open. 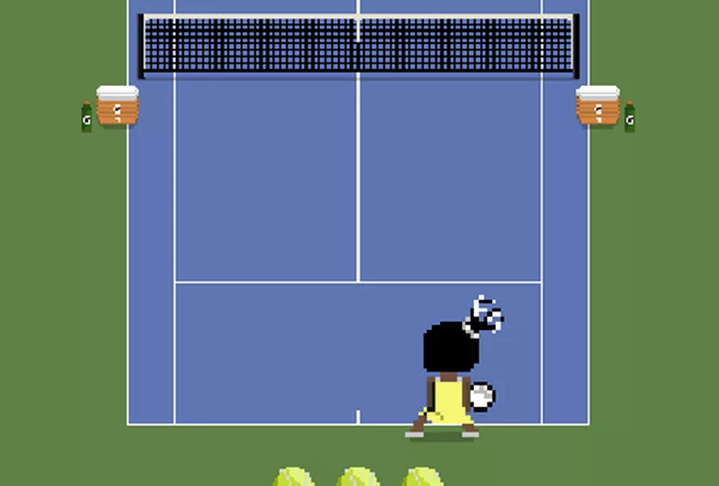 They also added another Lens game in December called 'Santa's Helper' where you had to guide a character, with your face, along the screen by tilting your phone. 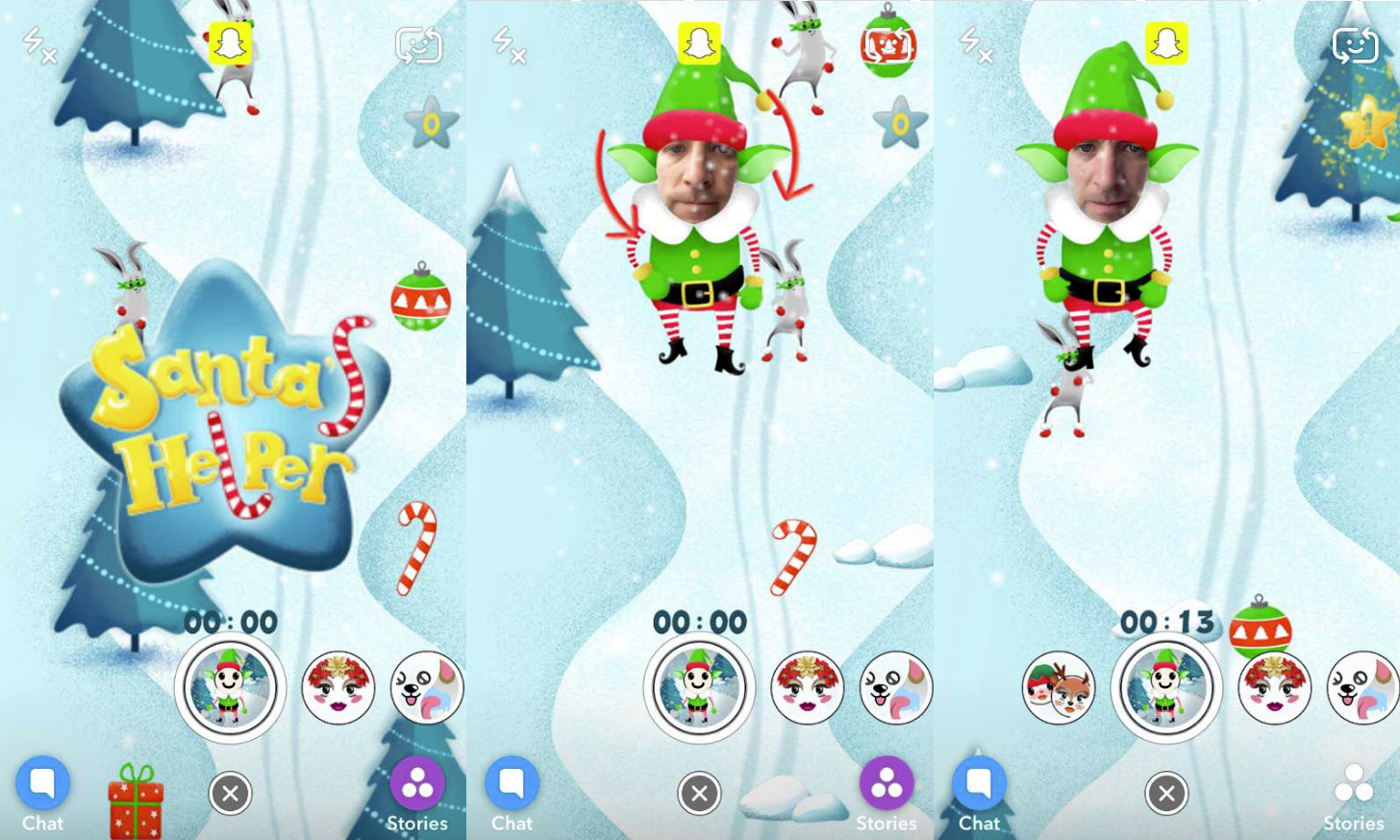 Like this new variation, the games are very basic, but these are likely just test cases to see what they can do, and how popular they'll be. Considering the options, there's a lot extended possibilities based on these initial trials.

If they want to stay ahead of the game - and counter increasing competition from Facebook - Snap Inc. will need to keep adding in new innovations like these to maintain the hype and keep their users coming back. The technical details of Snap's pending IPO have been underwhelming, with no promise of either growth or profitability. Investors who do buy in (and a lot of investors are very keen to do so) will be betting on Snap's understanding of their core audience, and their continued capacity to keeping adding cooler, better tools to fend off outside threats.

It's a risk, but given the company's history, there's every chance they can continue to disrupt and lead the market.

Now to see how long till Facebook adds in similar games functionality.