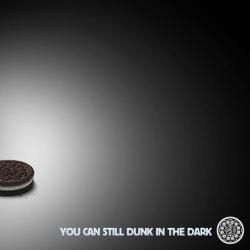 Topical tweets are a fascinating anomaly on the social media landscape. Done right, they can achieve massive reach and coverage. Done wrong, your reputation can suffer a beat-down, losing you followers in the aftermath. Divisive or potentially sensitive news stories are the high stakes gambling of real-time content marketing, and while time is of the essence, you do need to think through those tweets before you pull the trigger. So with the Superbowl approaching, and hands hovering above keyboards, waiting to produce the next 'Dunk in the Dark' moment, it's worth taking a moment to consider a few notes before you go rolling the dice.

As noted, real-time marketing can deliver major benefits when done right, and many experts have highlighted this as a trend to watch this year, but keep in mind that those who do it best often to have large teams working on their campaigns, with checks and double-checks in place. Keep in mind your audience and all possible angles to your messaging. And keep in mind that while you should always be listening, you don't have to newsjack. It might be better to wait for the perfect opportunity, rather than forcing something that maybe won't work out as well as it did inside your head. It's high stakes and you need luck, spontaneity and wit. Hopefully the dice rolls your way.