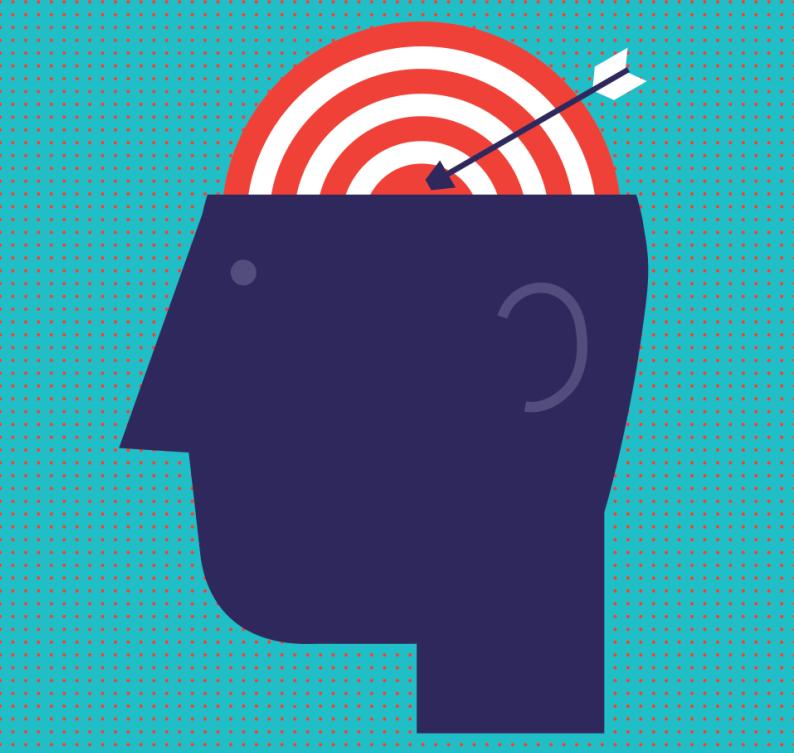 ​Behavioral marketing - the practice of targeting people based on their behaviors and actions, as opposed to demographics or other less personalized metrics - has become hugely popular in recent years. And for good reason - behavioral marketing works because you're reaching people based on their actual interests, on the things they've shown they like and have leanings towards. Given the emphasis of social media more widely is on giving everyone a voice, a platform from which to share their thoughts, it's the brands that are listening to those voices that are increasingly winning out - and the more targeted and personalized you can make your efforts, the better.

But new research has found that there may be another, psychological response triggered by behavioral marketing which could provide a significant boost to the effectiveness of such efforts.

In a new study published in the Journal of Consumer Research, researchers have found that aside from enabling you to reach a more targeted audience, behavioral marketing may also have the capacity to alter a users' perception of themselves, and thus make them more likely to convert.

From the research paper:

"When consumers recognize that the marketer has made an inference about their identity in order to serve them the ad, the ad itself functions as an implied social label. Across four studies, behaviorally targeted ads lead consumers to make adjustments to their self-perceptions to match the implied label; these self-perceptions then impact behavior including purchase intentions for the advertised product and other behaviors related to the implied label."

In other words, when a consumer is targeted by ads which imply something about who they are, they're actually more likely to try and live up to that label.

For example, in one study the researchers found that participants were more interested in buying a Groupon for a restaurant advertised as 'sophisticated' when they thought the ad had been targeted to them based on their actions, compared to when they believed the ad was served to them based on demographics or not targeted at all. 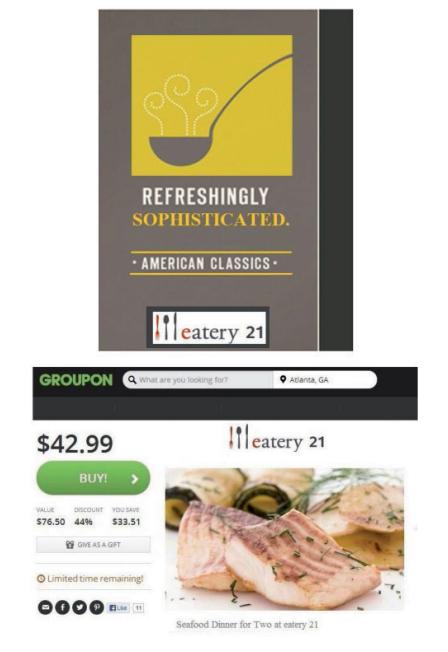 Because the user felt that the targeted content had suggested they were more 'sophisticated', based on their actions, they were more inclined to try and live up to that label.

In another example, the researchers showed participants an ad for a high-end watch brand. 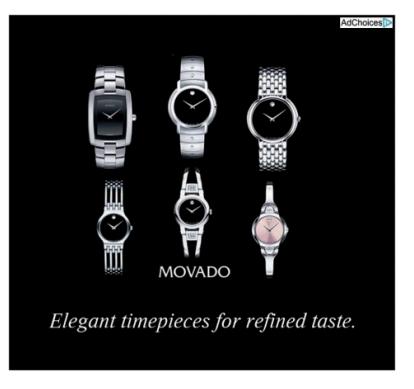 And in a third example, the researchers showed two groups an ad for an environmentally friendly product - a speaker created by Houd. 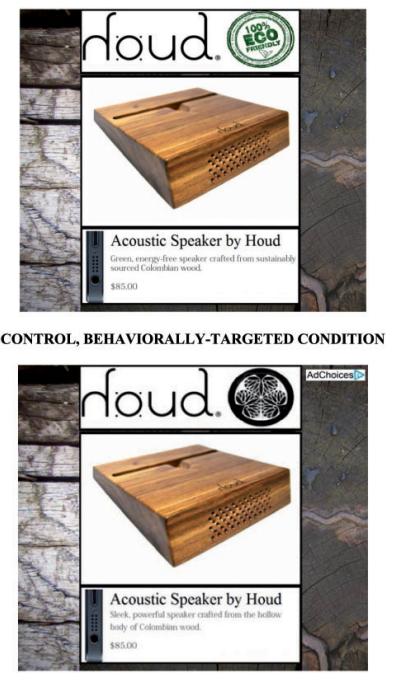 Those who believed they'd been served a behaviorally targeted ad for the product rated themselves as more "green" in a follow-up test and were "subsequently more willing to buy the advertised product and to donate to a pro-environmental charity, which they were prompted about at the end of the same lab session". 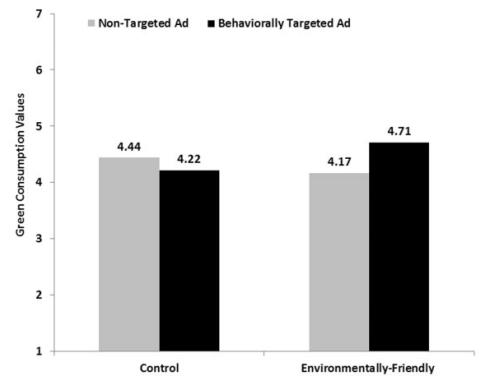 The findings carry significant implications for the way marketers plan and implement their behavioral marketing strategies - if you could, for example, influence the way consumers consider your products simply by reaching them with your ads, that's a whole new factor to consider, and a whole new strategy to boost your outreach efforts. However the researchers did note that there are some qualifiers to this approach.

In a final test, the research team showed the following ads to different groups of consumers. 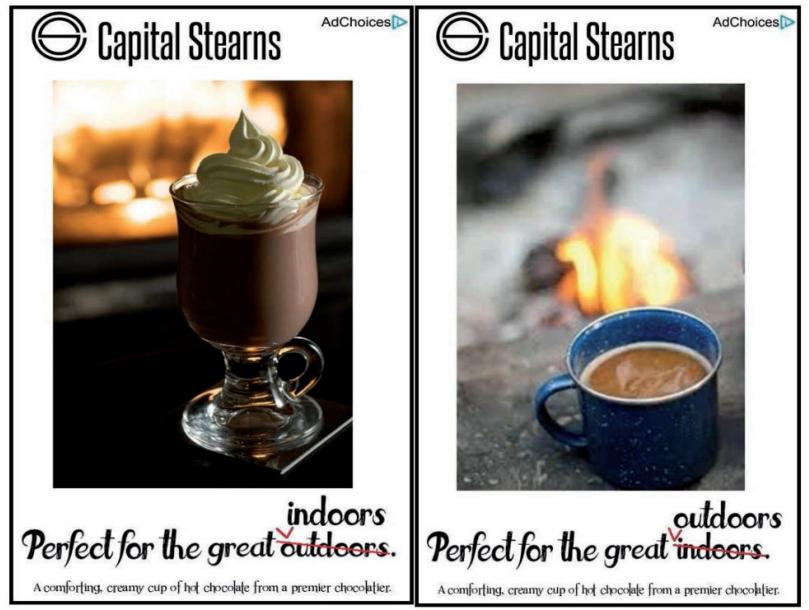 The results for the outdoors related ad showed that if the person reached had some interest in the outdoors, then the behaviorally targeted ads made them more likely to buy hot chocolate. But if that person had no interest in the outdoors, there was no impact on their purchase intent. In other words, if you were to randomly show people more of your ads in the hopes that mere exposure would make them want to live up to the perception that your products implied, that likely won't work - there needs to be some level of registered interest in order to trigger that additional intent.

The researchers also found that the impact on psychological perception was only present when the consumers were aware that the ad had been targeted to them based on their behaviors. Across all the studies conducted, the research team provided an explanation of behavioral targeting, so the participants had a good understanding of why they might be shown a specific ad, with the presence of the AdChoices logo being the signal that this ad was being served to them based on their actions. If the ad wasn't targeted based on their choices, the impact was not significant. 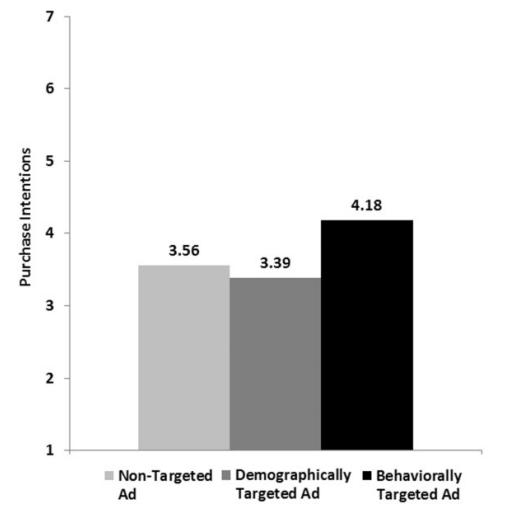 The findings provide some interesting food for thought for marketing teams in how to best utilize behavioral indicators and connect with the right audiences. The key element to consider is identifying the right triggers - if you can accurately detect the right purchase-related behaviors, then your behavioral marketing efforts can be made more effective by emphasizing the psychological traits which improve perception of your brand and products, as those factors can work to boost consumer interest by reinforcing conditions which they would like to emphasize about themselves. As noted by the research team - "this suggests that brands with strong personalities might particularly benefit from behavioral targeting".

Another element to consider is how consumer interest in other, similar brands to yours can also help to boost self-perception among your target audience. If, for example, you sell environmentally friendly products then it'd likely be of benefit to target consumers who've registered interests in other, tangentially related organizations, as reaching them with your products would work to reinforce their perception as someone who case about the environment.

But the most important note, according to the research team, relates to transparency.

It's definitely an interesting consideration, that showing people why they've been targeted is equally as important as the targeting itself. This is less of a factor on, say, Facebook, as all the content there is targeted based on your actions, but it does underline the need to utilize smart targeting in seeking to reach people based on more specific actions and behaviors, rather than generic demographic groupings.