Digital marketers, the day has come.

Today, Apple has officially announced the launch of iOS 14.5, which includes new phone unlock options for people wearing face masks, a range of updated voice options for Siri, and this: 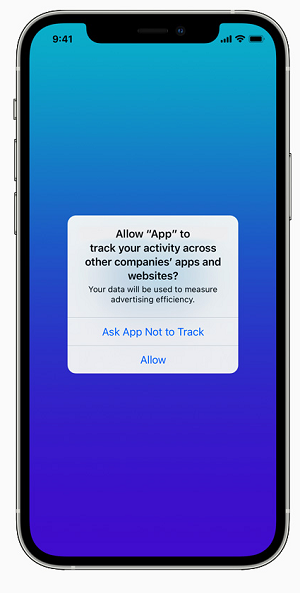 As explained by Apple:

"App Tracking Transparency requires apps to get the user’s permission before tracking their data across apps or websites owned by other companies for advertising, or sharing their data with data brokers. Apps can prompt users for permission, and in Settings, users will be able to see which apps have requested permission to track so they can make changes to their choice at any time."

The change has been in development for some time, with Apple first announcing the coming update in June last year. Since then, various companies have voiced their opposition to Apple's new approach, highlighting the significant impact it could have on digital marketing, and reducing the effectiveness of online ads.

Facebook launched a public campaign, including various full-page newspaper ads, which framed Apple as the bad guy, with the change set to drive up the costs of digital ads for small businesses, at a time when they can least afford it. But Apple's stance is that this change puts more control into the hands of individuals, which is the way it should be - and with the broader shift towards providing more transparency and control over user data, in all respects, Apple's prompts do make a lot of sense.

But there will be impacts as a result. Facebook has published a long list of changes that it's making as a result of the iOS 14.5 launch, while TikTok has also shared an overview of ad impacts. Other platforms have been sharing information about the coming change for months, and outlining how ad partners can prepare.

The difficult part is that nobody knows exactly what the impacts will be, as it all depends on how many users choose to opt-out of data tracking, when the new prompts are shown to them. Industry estimates have suggested that the vast majority of users will opt-out, though early experiments have indicated that it may not be as significant as anticipated.

But either way, there will be impacts. With the new prompts rolling out from today, it'll be worth keeping an eye on your campaign performance, and noting any significant shifts, while businesses should also be looking to update their data collection processes to mitigate any potential losses.