Could Snapchat play a key role in deciding who will become the next US President?

It could certainly have an impact, based on the findings of two new reports.

The first comes from Democracy Works, which found that of the 450,000 Snapchatters who registered to vote through its TurboVote process in 2018 - via a campaign that was actively promoted by Snap - around 57% then went on to vote in the US Midterms.

Snapchat launched a range of election day stickers and Lenses to encourage users to vote in 2018, along with listings of polling locations in the Snap Map. 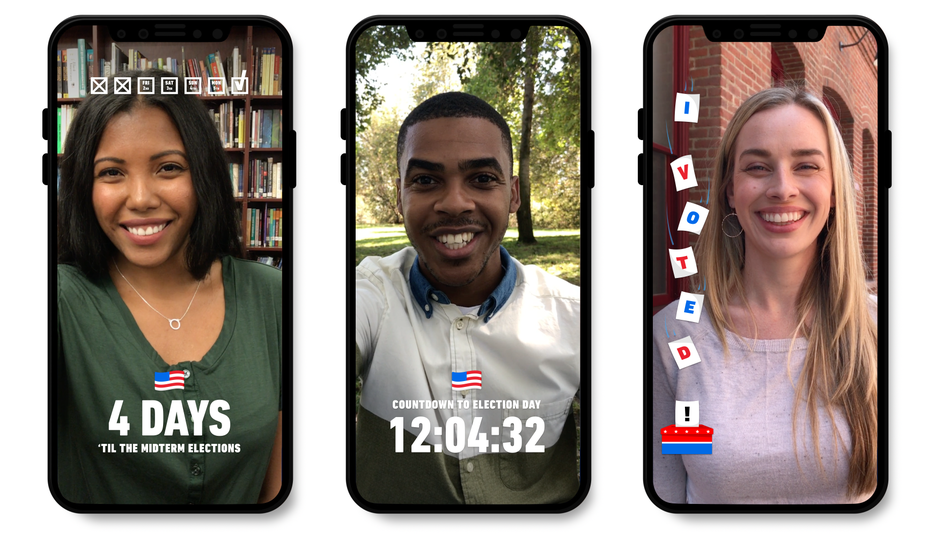 That would suggest that encouraging 260k more people to participate could have a significant impact.

Snapchat also notes the 57% of young voters who were encouraged through the app is significantly higher than the 36% of 18-29 year-olds overall that ended up voting in Midterms.

In other words, Snapchat users are more open to political messaging, and more likely to actually vote based on such campaigns.

That finding is further reinforced by another study conducted by GlobalWebIndex, which found that 72% of 18-24 year old Snapchat users, and 88% of 25-34 year old Snapchatters, are, indeed, planning to vote this November.

The numbers suggest that Snapchat could facilitate increased connection to younger voters, which may well end up being key in determining the final outcome of the election. As noted by Axios, most presidential candidates have already established a presence in the app, and have been ramping up their activity over the past few months in an effort to sway its audience.

And while Snapchat itself currently only serves some 88 million active users in North America directly, those users can be highly influential among their friendship groups, many of whom are likely not planning to participate in the poll.

The US has one of the lowest rates of youth voter turnout in the world, with voters aged 18-29 consistently unengaged in the polling process. 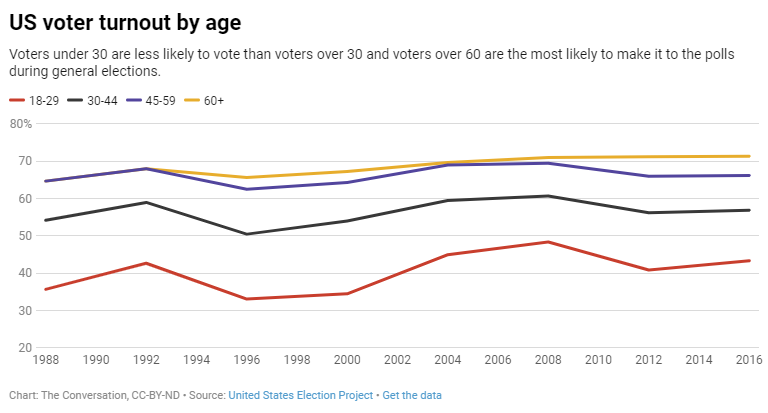 Increased social media activity by candidates, thus far, hasn't seemingly had a major impact, but with President Trump crediting Facebook and Twitter for his election success, more political campaigners have been looking to social platforms, and how they can help to influence voter behavior moving forward.

And there may be no platform more suited to forward voter planning than Snapchat. The app claims to reach 90% of 13-24 year-olds across the US, and if you can win them over, and get them to vote, that could shift the outcome in your candidate's favor.

The engagement stats suggest that even getting youngsters to take action is a key challenge, but maybe, Snapchat could be the key to dominating the youth vote.