This could be one worth keeping an eye on.

Epic Games, the creator of the popular 'Fortnite' franchise, has acquired group live-streaming app Houseparty, which has maintained steady usage among younger audiences as a platform to 'virtually hang out'. 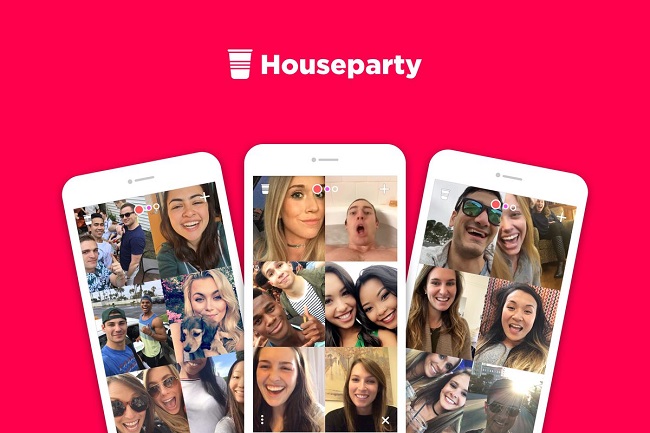 As announced by Houseparty:

"Houseparty is the synchronous social platform that lets you connect face-to-face with the people you care about most. By teaming up with Epic, creator of Fortnite and Unreal Engine, we’ll be able to help even more people connect with their friends, family, and peers."

The deal, at this stage, will see Houseparty continue to operate independently, though with additional funding to keep the app afloat.

After its initial launch back in 2016, Houseparty - from the makers of live-stream pioneer Meerkat - quickly raced to 20 million users, and had more than 1.2 million daily actives after just 8 months on the market. That got the attention of Facebook. Keen to avoid letting another Snapchat rise from nothing and start stealing away its audience, Facebook quickly released Instagram Live, Facebook streaming, and even its own group live-streaming app called Bonfire to reduce Houseparty's potential impact.

Facebook's was pretty upfront about its 'inspiration' in each case - on the launch of Instagram Live in November 2016, Instagram product manager Shilp Sarkar noted that:

That was happening in Houseparty, and while Facebook finally shut down its Bonfire project last month, definitely, the app, and its sudden rise, had The Social Network concerned. Rising operating costs, and lack of significant traction beyond that initial surge may have lessened that fear. But the acquisition by Epic could reawaken a level of interest at The Social Network.

Why is that? Because of this: 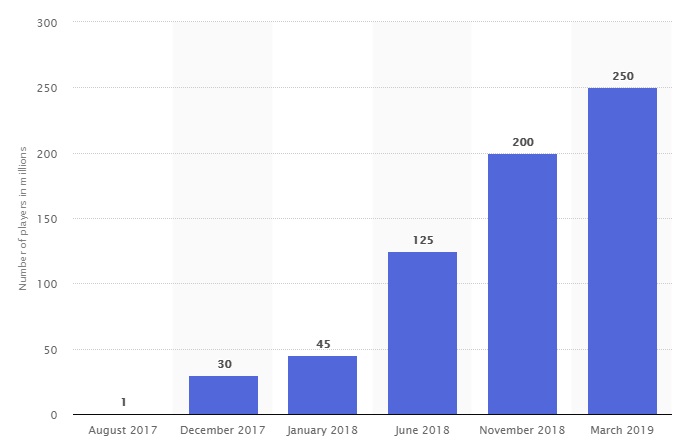 This chart from Statista shows the growth in the number of registered Fortnite players from August 2017 to March 2019 (in millions). Fortnite is hugely popular. Despite being a relatively simple variation on the first-person shooter genre, Fortnite has been able to tap into popular culture better than others, making it not only a game, but a cultural phenomenon, which has influenced fashion trends, music and more. 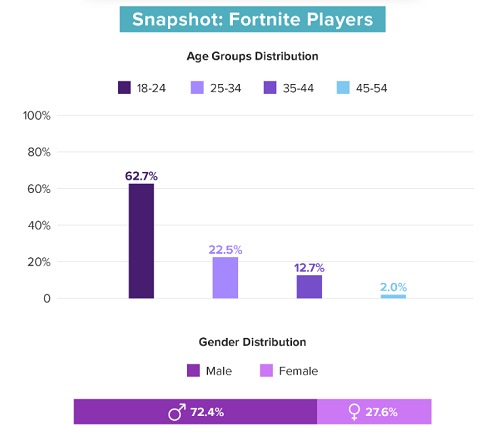 Of course, Facebook does also own Instagram, which is where many younger users are turning, but Facebook also knows its weak points. It knows that if it loses the youth, it loses overall in the longer term. Hence the launch of Bonfire when Houseparty threatened to steal attention.

The idea that Houseparty could now become a key platform among Fortnite's audience - or at the least, that it'll get the reflected youth credibility of being associated with Fortnite in some way - will definitely pique Facebook's interest. And although the apps will operate separately for now, there will clearly be eventual integration between the two.

"By teaming up, we can build even more fun, shared experiences than what could be achieved alone.”

That will have Zuck and Co. running the numbers, and looking at their options for how they negate a potential new surge in audiences switching to Houseparty. Add to that the fact that Snapchat downloads have seen a rise of late due to its 'baby' and 'gender swap' lenses and you can almost feel the tension rising in Facebook HQ.

Again, Facebook is at no risk of losing out, it owns and operates the biggest, most popular social apps in the world. But it also knows that it needs the kids, it needs young users to remain on top.

It seems like a relatively small acquisition, but the implications could be significant, and could lead to a raft of new Facebook products and tools.