After launching its Messenger desktop app in selected markets early last month, Facebook has now announced the full rollout of the tool, which is available for both MacOS and Windows, and for all users around the world. 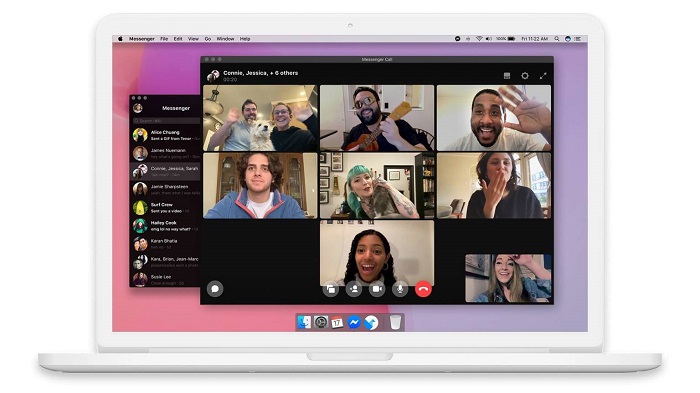 "Now more than ever, people are using technology to stay in touch with the people they care about, even when physically apart. Over the past month, we saw more than a 100% increase in people using their desktop browser for audio and video calling on Messenger. Now with apps for MacOS and Windows, the best of Messenger is coming to desktop, including unlimited and free group video calls."

Indeed, demand for video connection tools is on the rise. According to the latest report from App Annie, downloads of multi-participant video chat app Houseparty grew 735x in March, while video meeting app Zoom has gone from 10 million users in December 2019, to 200 million right now.

Facebook, too, has seen demand for video messaging increase. In a recent update on its efforts to keep its systems running amid rising demand due to the COVID-19 lockdowns, Facebook noted that video calling on both Messenger and WhatsApp has more than doubled in recent weeks.

With this in mind, the new Messenger desktop app make sense - though functionally, it doesn't add a heap. You can already access Messenger via the web, and conduct calls from your desktop PC, so it's not a huge leap in this respect. The new app will, however, enable you to maintain your chats while you go about other things, with the ability to pop in and out of the app as you work, while it'll also provide a new notification system, integrated with your PC's OS.

Also, it has a 'dark mode' for those who are passionate about such things. 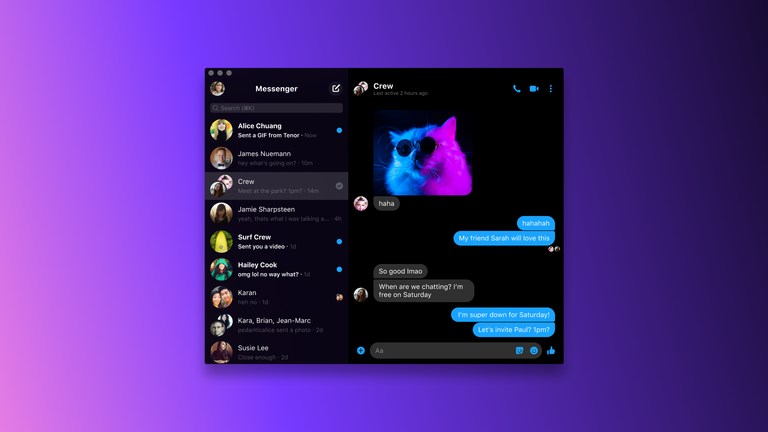 Facebook first announced that it was working on a desktop version of Messenger last May, so it's been in development for some time, and it does have some practical value in facilitating constant connection and availability. But it's not revolutionary - it's an interesting addition, which will cater to various, specific use cases, but it doesn't add anything significant to the existing Messenger experience.

You can download the new Messenger for Desktop app in the Mac and Windows stores from today.