Facebook is launching a new option which will enable gamers to organize their own tournaments within the Facebook Gaming platform, providing an immediate way to boost gaming engagement amid the COVID-19 lockdowns, while also furthering Facebook's broader gaming ambitions. 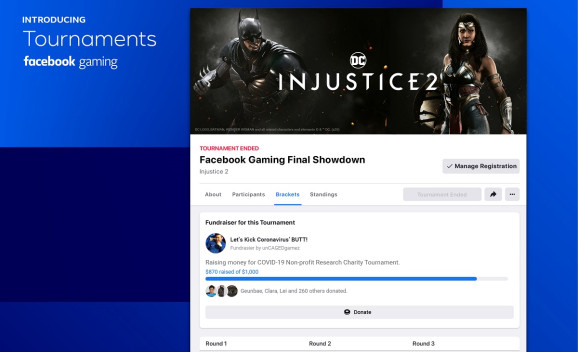 The capacity to create your own gaming tournaments provides another way to connect gamers on Facebook. You can set up your tournament by adding start and end dates, images, descriptions, allocating co-hosts, and publishing your event publicly or in private. 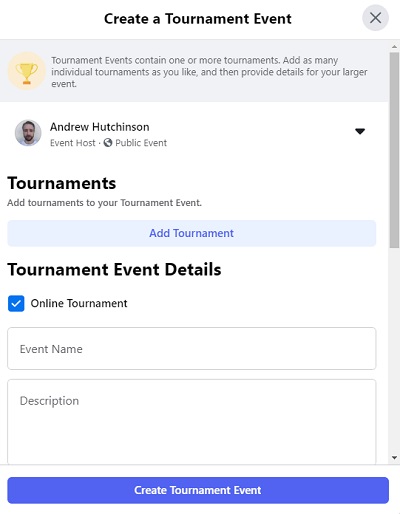 As reported by Venture Beat, Facebook has been developing its tournaments feature for some time, but has fast-tracked the option due to the COVID-19 pandemic.

There are, of course, options to run tournaments on Twitch and YouTube as well, but they're more geared towards professional set-ups and developers, and not as agile as Facebook's new user-focused process.

Gaming is gradually becoming a bigger part of the broader Facebook eco-system.

Over the last few years, Facebook has rolled out a slew of game-related tools and products, including live-stream tipping for gamers, and the capacity to easily stream via desktop overlaid onto gameplay footage. Facebook also launched its Gaming Creator Platform in 2018, which provides tools to help gaming broadcasters build their followings on The Social Network.

And those efforts are having an impact. In December, Facebook saw a 210% YoY increase in hours watched via Facebook Gaming, giving it an 8.5% market share of the overall hours-watched for the gaming sector, as per data from StreamElements.

Gaming has become a critical element of popular culture, and is becoming a larger market overall, with experts predicting that the gaming industry will produce $196 billion in revenue by 2022.

And you only have to look at the top earners on YouTube to get a sense of the wider influence of gaming, especially on younger audiences. Five of the top 10 channels on YouTube in 2019 were directly connected to the gaming community, which indicates that not only is gaming big now, but it's only likely to get bigger as YouTube-native audiences grow into older, more lucrative demographic brackets.

And that's before you even consider the rise of VR gaming, where Facebook is also working to take the lead.

Launching custom tournaments now could be a big move for Facebook, with gaming activity on the rise amid the COVID-19 outbreaks. If Facebook can hook more gamers into its growing community, that'll provide more opportunity to maximize its market share, and revenue potential in this sector.

And that'll also facilitate more opportunities for brands to reach gamers via Facebook. As you can see in the above graph, Facebook still has a way to go, but it is evolving its gaming offerings, and become a more relevant consideration in the market.