Facebook really thinks more users should be checking out Facebook Stories. They're 'the future of social sharing', according to Facebook execs, the evolution of the News Feed. Everything is shifting to Stories - and you'll start engaging with them even if Zuck and his friends have to make you.

That seems to be the message of Facebook's latest Stories push - you may have noticed a lot more of these types of mid-feed prompts for Stories showing up within your Facebook stream. 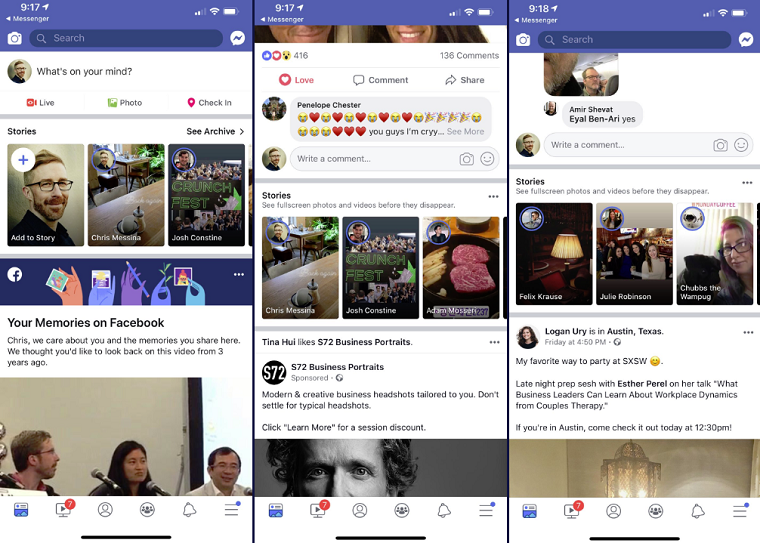 These examples were shared on Twitter by Chris Messina, who noted that "Every fifth item in my Facebook newsfeed is a Stories block."

That's becoming a more common experience - in my own feed, I've even seen a new variation, which highlights Page Stories specifically and prompts engagement. 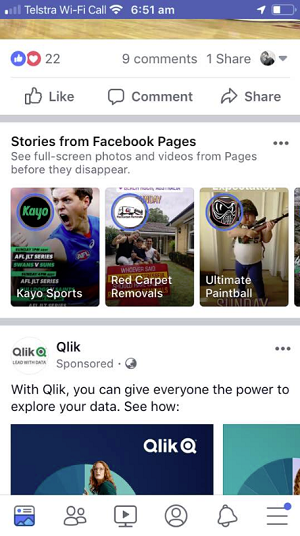 The Stories format is clearly on the rise - Facebook itself now boasts more than a billion daily active Stories users across its variations of the format, available on Facebook (300m DAU), Instagram (500m) and WhatsApp (450m).

Given this, Facebook knows that more people are likely to be interested in the more immersive, immediate sharing option - it just has to get them across.

To many, it still feels like the Stories format is out of place on the platform's main app, that Stories don't really work on Facebook - while many older users are less likely to engage with the more visual, vertical format option. But Facebook is very clearly intent on 'making Stories happen', going by the increased push.

Adding to this, Facebook has also added a new Stories Archive option for Facebook business Pages, which, along with the noted panel highlighting Page stories specifically, adds to the potential appeal of Stories for businesses.

With various reports noting that Facebook usage is in decline, Stories could, potentially, be a way for the platform to move on from the News Feed, to tap into rising usage trends and re-align the platform around the more engaging option. Facebook is still yet to fully figure out Stories monetization, it still needs to work out how it can replicate the success of the News Feed as an ad delivery tool. But it very clearly sees Stories as the future.

Whether Facebook's 2.3 billion users agree is another matter, but certainly the platform's doing all it can to convince them to give Stories a shot.