Published May 15, 2018
By
Andrew Hutchinson Content and Social Media Manager

This is interesting – Facebook’s reportedly working on a new scoring system for business Pages, which would rate them out of ten stars, and take into account a range of measures. 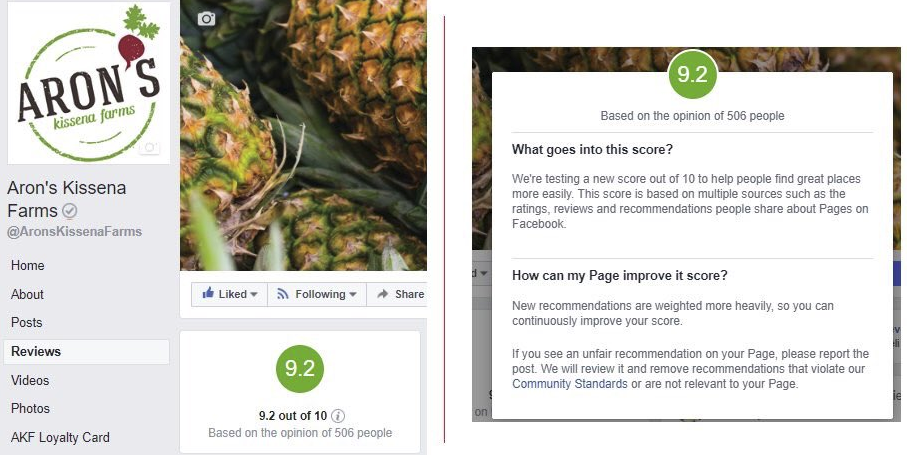 As you can see in this example from user Eli Langer (shared by Matt Navarra), the new Facebook business score gives you a sample size (on desktop) for context, and is based on more than straight user feedback, as per the platform’s current star ratings system.

Here’s how it looks on mobile (via Missy Staben) 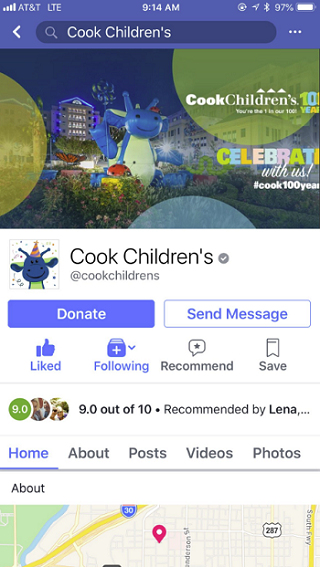 As explained in Facebook’s notes:

“We’re testing a new score out of 10 to help people find great places more easily. The score is based on multiple ratings, reviews and recommendations people share about Pages on Facebook”

By taking into account more than direct audience ratings, Facebook would expand its capacity to uncover more relevant business for users. For example, they could use sentiment scoring based on messages, user query response time and various other Facebook cues to help inform that final figure. That could also make the scores harder to game, as businesses wouldn’t know, for sure, what impacts them, helping to eliminate the impact of false reviews and concerted efforts to reduce a businesses’ standing.

On this, you can also see that Facebook provides a tip on how to help improve your score.

“New recommendations are weighted more heavily, so you can continuously improve your score.”

In other words, get people to post about your business on Facebook more often and you’ll win out. That obviously encourages more businesses to promote Facebook use, but it also doesn’t reveal a lot about exactly how Facebook’s new scoring system might work, with the previous step noting various measures, and this tip only covering one such element.

That’s likely the intention – as noted, the aim here would appear to be to move away from solely user-sourced data, and towards more intricate measures in order to halt tampering and improve relevance. It’s likely similar to Google’s algorithm – Google won’t reveal the full workings of their rankings because that will only inspire cheats to work out how to artificially inflate chosen websites. Such efforts reduce the relevance of Google results – it seems here that Facebook is taking similar cues, and looking to improve their data accuracy in a less transparent way.

So what would that mean for businesses? It’s hard to say – there’s not a heap of information to go on as yet, but based on this, it would definitely help to have more recent, positive reviews coming in at a regular clip, while it may also see Pages downgraded for using questionable tactics, like paying for ratings or getting your friends to give you five stars. Of course, the latter is not necessarily malicious, but this new system might give Facebook a way to weight such responses differently – so rather than simply saying you have nine out of 10 five star reviews, it might give you a lower score, because most of those ratings come from connections of the Page manager.

That would definitely add an interesting wrinkle to such recommendation figures, and could help improve Facebook’s system.

There’s no word yet on any full roll out, but we’ll keep you updated as we get more info.