You may not watch Twitch content yourself, you may not be interested in gaming live-streams, or gaming culture more generally. But the influence of gaming is massive, and as younger users who've grown up with functions like live-streaming move into adulthood, and more viable spending demographics, you can expect the focus on such platforms to evolve in-step.

This is an important trend to note, because as this shift happens, platforms like Twitch are gradually becoming more popular, and thus, more relevant for marketing and outreach purposes. And this week, we've seen signs of another important shift in this area, with a new report showing that Twitch's non-gaming live-streams are now becoming just as popular, if not more so, than it's traditional gaming-focused content.

"In December, Twitch viewers watched 81 million hours of “Just Chatting,” Twitch’s category for streamers who do exactly that, plus any number of other grab-bag activities. That was a solid 7 million hours more than the first game listed, League of Legends, and 23 million more than the second, Fortnite." 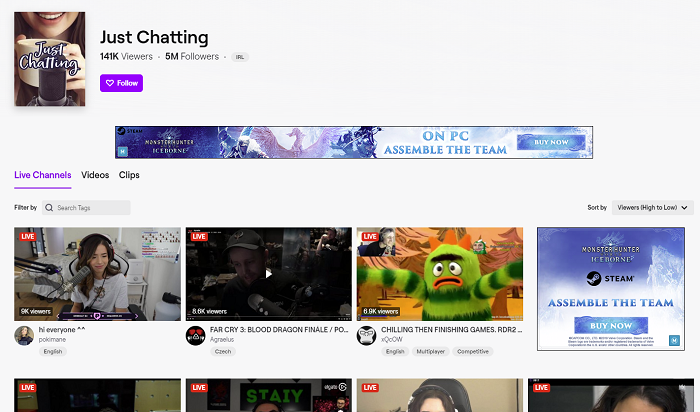 In essence, Twitch is becoming a more general live-streaming hub, where its legion of fans are growing more accustomed to live-streaming as a means of communication and interaction, not just as an avenue to explore games. That has significant implications for the broader web - already, gaming culture is a foundational element for other video platforms like YouTube and increasingly Facebook too.

As gamers spread out to other interest areas, such trends will likely boost the popularity of live-streaming more broadly, and in particular, the use of streaming as a social element, and a means to remain connected and engaged on a broader range of subjects.

This could mean that more businesses should be looking to live-streaming as an outreach option - with a broader set of people becoming more accustomed to the format (and worth noting, Twitch users watched 660 billion minutes of content overall in 2019, up from 560 billion in 2018), it's likely becoming an increasingly viable, and attractive, content option for viewers over time, which could lead to increased engagement. 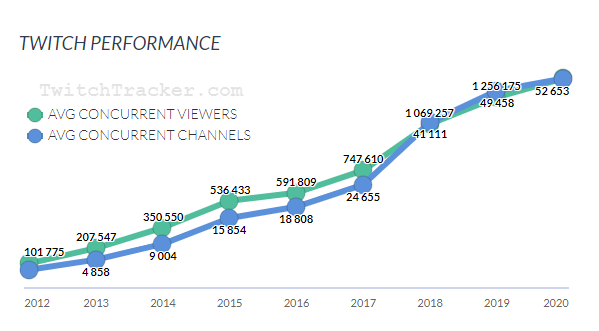 But it also points to the expansion of gaming culture, and the relevant outreach opportunities connected to such. If more Twitch streamers are discussing a broader set of topics, that could make Twitch itself a more viable channel for influencer marketing outreach for content not necessarily connected to gaming.

Given its focus, Twitch may seem like a limited channel for brands, but maybe, through this expansion, things are changing, and it may be worth tagging onto the growth of gaming, where possible, to boost your digital presence.

And definitely, gaming is a key element of digital platform growth. Just this week, YouTube signed up three new gaming stars to help boost its connection with the gaming community, while Microsoft has invested in popular Fortnite streamer Ninja in order to maintain its own connection to this audience.

The platforms aren't doing this for no reason - gaming is huge, and it could actually be key to winning the online video battle. As such, it's worth marketers taking note of such shifts, and considering what they mean for the next generation of consumers, and subsequent outreach strategies.