After starting out with such promise, with the electric car, space travel revolutionary Musk pledging to buy Twitter for $44 billion to save the platform, and free speech more broadly, the negotiations crumbled pretty fast, with Musk eventually accusing Twitter’s executives of withholding information, lying to the public, misleading investors, and a lot more.

The case is now headed to court, with Twitter looking to hold Elon to his original offer, while Musk tries to wriggle out of the deal, claiming that the platform is so riddled with bots that it’s not worth what he originally thought.

He’s also roped in former Twitter staff to make his case, and its former security chief, while Musk also continues to disparage Twitter management on an almost daily basis – via, of course, Twitter itself.

If you’re looking to get your head around the full Twitter vs Elon Musk case ahead of next month’s court hearing, this overview created by Datavisuals.xyz provides a good perspective of the situation, and how it’s evolved, and devolved, over time.

Whatever comes next, the potential outcomes for Twitter seem not so great.

Check out the full infographic below. 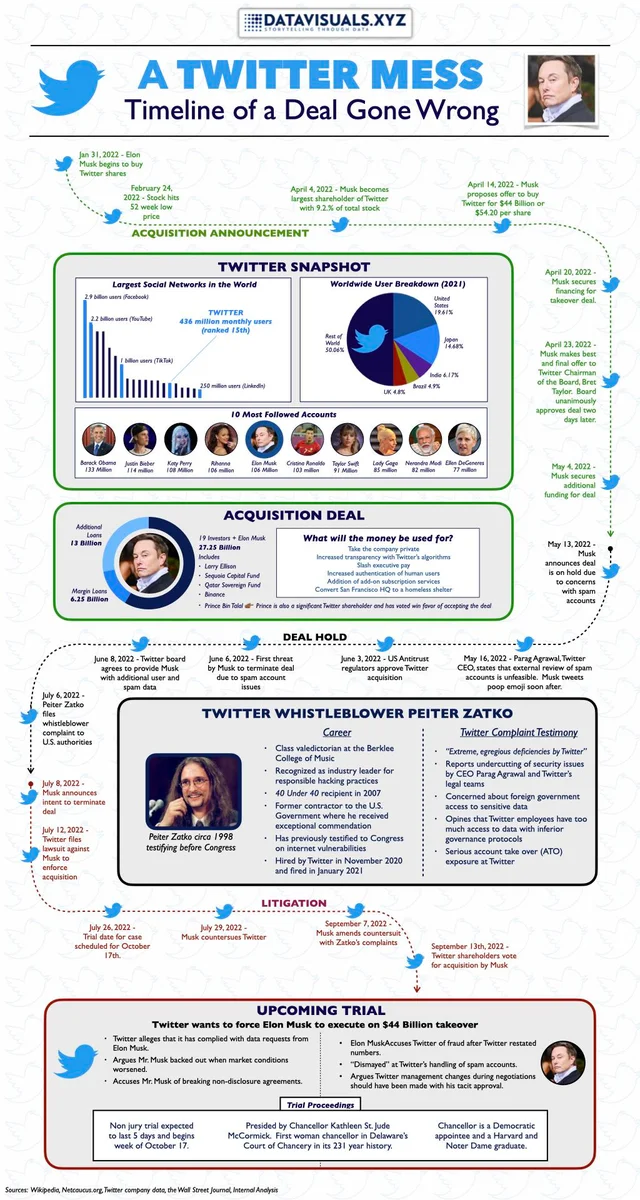