With podcasts rising in popularity, social platforms are now looking to get on board, and boost their messaging in audio format.

Earlier this week, Twitter's marketing team announced their new podcast, and now, professional social network LinkedIn has also revealed details of its latest foray into the medium. As per The Hollywood Reporter, LinkedIn is launching a new podcast called 'Hello Monday', which will showcase stories of professional development, and highlight the role the platform has played, and can play, in such.

As explained by THR:

"Hello Monday will be hosted by LinkedIn senior editor-at-large Jessi Hempel. Each episode will feature an interview with someone who has found success in their field and will be supplemented with data from the network's over 600 million members. and reporting on its community from managing news editor Caroline Fairchild."

Hempel, who joined LinkedIn last October, has been covering the tech industry as a journalist for the last 16 years, most recently with Wired. The first episode of Hello Monday will launch on March 4th, and will feature an interview with Late Night host Seth Meyers, who'll discuss how to lead a workforce when many of your employees have side gigs.

It's another element of LinkedIn's growing editorial focus. LinkedIn now has more than 50 editors, working in nine countries, who curate listings of the latest news stories of focus for the platform's members. The most visible of these efforts is LinkedIn's Daily Rundown, which users can subscribe to in order to stay updated of the latest business news, but LinkedIn's also working to add in a new 'Trending News' section on all profiles, which will take their editorial process a step further, and seek to further engage the platform's 610 million members. 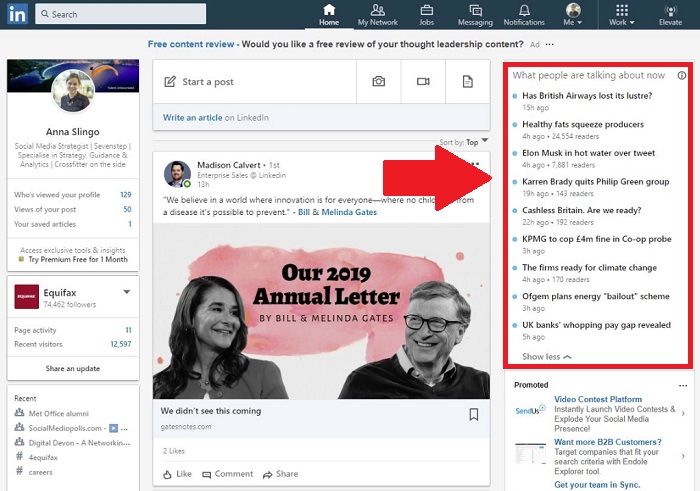 Clearly those efforts are working - the platform is currently seeing 'record levels of engagement', according to parent company Microsoft, and through expanded investment into its content team, LinkedIn's hoping to build on that momentum, and make the platform a more essential part of your day-to-day process.

LinkedIn's 'Hello Monday' will be available from March 4th, on LinkedIn and wherever you download your podcasts from.